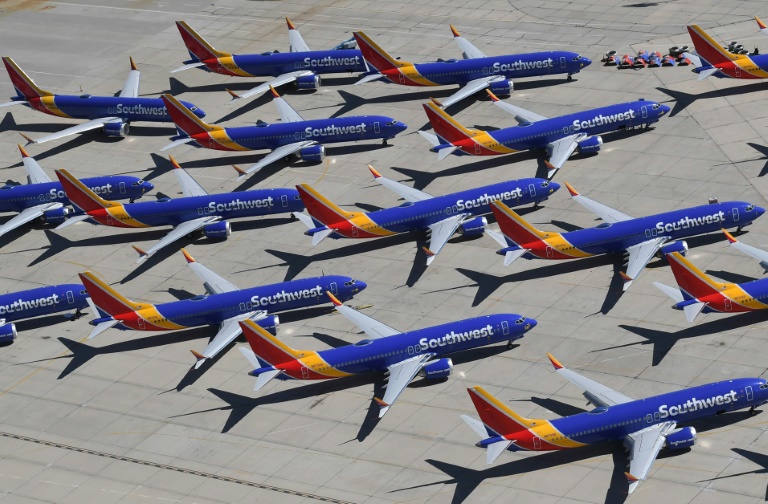 NEW YORK - US aircraft manufacturer Boeing said it had recommended that 16 airlines flying its 737 MAX planes address a "potential electrical issue" in a new setback for the top-selling model.

Major carriers began temporarily removing some of their MAX planes from service after the aerospace giant flagged the electrical issue -- which is not a concern for all of the aircraft.

The potential problem requires "verification that a sufficient ground path exists for a component of the electrical power system," Boeing said.

Electrical systems must be grounded to avoid overloads that can cause serious failures.

Boeing shares fell on Friday, although the likely impact of this latest issue appeared limited.

A note from the investment website Briefing.com said it was encouraging that a major Boeing customer, Southwest Airlines, expects only a minimal disruption.

"However, the news is another blow for customers' and investors confidence in the company," Briefing said.

Boeing managed to get the 737 MAX back in the skies late last year after it was grounded for 20 months following two fatal crashes, and recently announced an order for 100 of the aircraft as the airline sector begins to recover from the coronavirus pandemic.

The manufacturer discovered the latest issue on a plane in production "during normal build activity," a Boeing spokeswoman said.

It is "premature" to discuss the time needed to address the issue, and "could take a matter of hours or a few days" before planes are returned to service," she said.