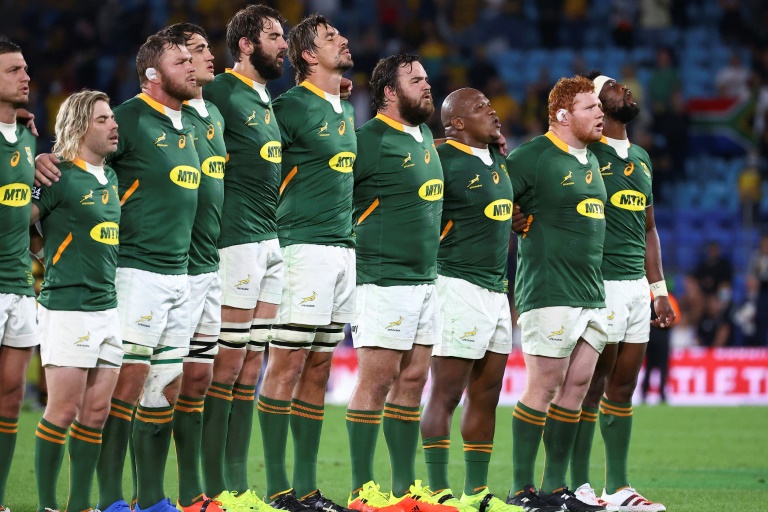 BRISBANE - South Africa coach Jacques Nienaber opted for continuity rather than wield the axe as the Springboks look to bounce back in their return Rugby Championship clash against Australia.

The world champions fell 28-26 to the Wallabies last weekend on the Gold Coast despite outscoring them three tries to one, with poor discipline proving costly.

They had two men sin-binned and gave away 11 penalties, seven of which were in range for sharpshooting Quade Cooper, who nailed them all, including a match-winner after the final siren.

Despite this Nienaber made just two changes to his starting side, one of them enforced, for the return in Brisbane on Saturday, backing his squad to learn from their mistakes.

"This is an experienced group of players who knows what it takes to deliver under pressure, and we all know what we need to do to bounce back from last week's defeat," he said.

Among the changes, Marvin Orie comes in for lock Lood de Jager, who is recovering from a concussion, while Trevor Nyakane was preferred at loosehead prop to Steven Kitshoff, who moves to the bench.

"Trevor is a Rugby World Cup-winning prop and his experience, as well as Steven's experience off the bench, will be valuable against the Wallabies, who place a big emphasis on the scrums, much like we do," said Nienaber.

"Marvin has also been in our system for a while. He has been working hard at training, and this will be another great opportunity for him.

"We identified the areas in which we need to be more effective this week and we have been working hard at training to rectify the mistakes we made," he added.

"We are expecting another grind of a match, but we are ready for the challenge."

South Africa are currently second in the Rugby Championship table, five points behind New Zealand, after winning their opening two matches at home against Argentina.

The remainder of the tournament is being held in the Australian state of Queensland due to coronavirus travel restrictions.