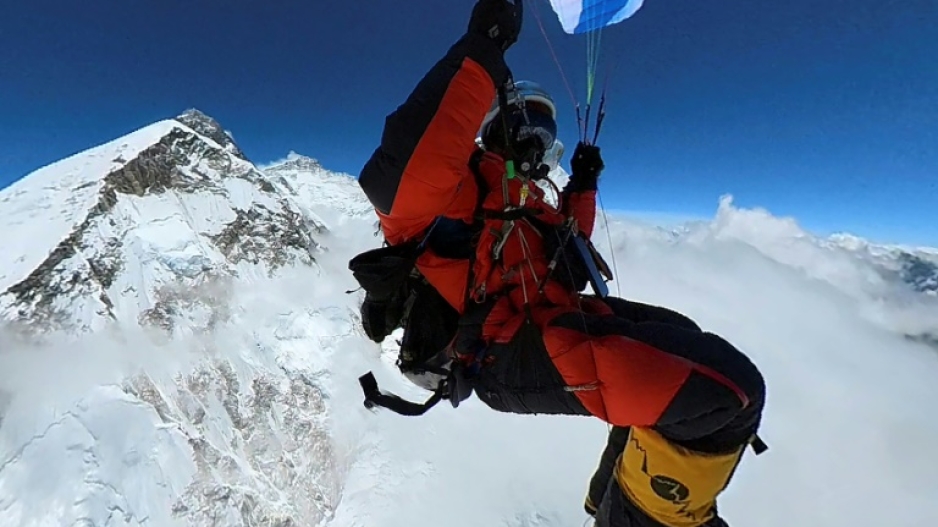 HIMALAYAS - A South African paraglider has made the first legal flight off Mount Everest, an expedition organiser said Tuesday, opening doors for "climb and fly" adventurers on the world's highest mountain.

Pierre Carter, 55, leapt off near the summit at an altitude of nearly 8,000 metres last week, cruising above the Himalayas as other mountaineers descended on foot.

Carter flew down at a top speed of 80 kilometres per hour, taking only 20 minutes to land near the small settlement of Gorakshep at 5,164 metres.

Weather conditions dissuaded Carter from climbing all the way to the top of Everest's 8,849-metre (29,032-foot) summit before his flight from the South Col ridge around noon.

"Once you're in the air it is all relative," Carter said.

"But the take off's always difficult the higher you are... your glider doesn't want to fly as easily."

Carter began climbing as a teenager and soon became interested in paragliding.

Since 2005, he has flown off five of the seven mountains that make up the tallest summits on their respective continents, beginning with Russia's Mount Elbrus.

Carter reached the summit of Alaska's Denali in 2016 but was not permitted to fly. He next aims to repeat the feat off Mount Vinson in Antarctica.

There have been only three recorded flights off Everest, all without government permits.

French alpinist and pilot Jean-Marc Boivin was the first person to paraglide down from Everest in 1988. 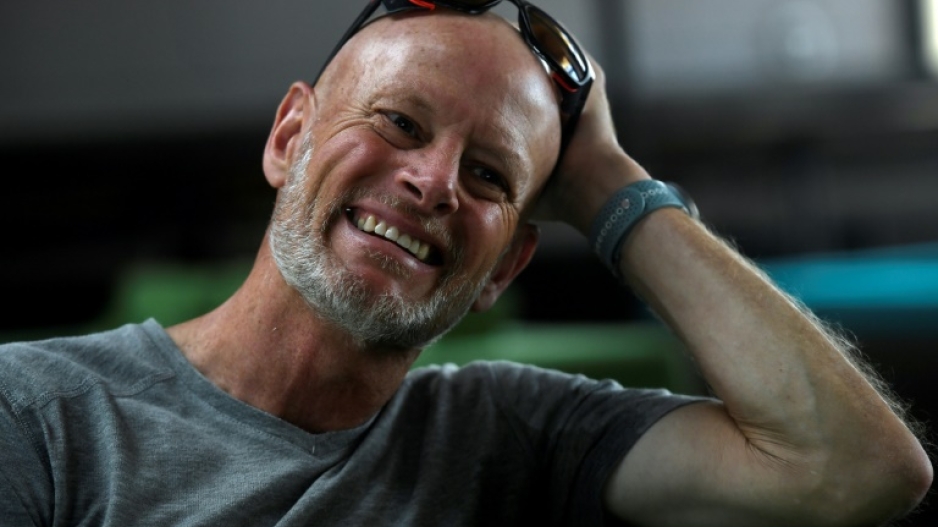 A French couple made a tandem flight from the summit in 2001 in a feat that was repeated a decade later by a pair of Nepali climbers.

"This is the first time Nepal has issued a flight permit on its mountains," Dawa Steven Sherpa of Asian Trekking told AFP.

Sherpa said he expected more climbers to follow Carter next season, now that Nepali authorities have shown a willingness to permit flights off the Himalayas.

"Many climbers are also paragliders and the idea of climbing and flying down is gaining popularity," Sherpa said.

The country only reopened its peaks to mountaineers last year after the coronavirus pandemic shut down the industry in 2020.

A rare window of good weather has already allowed hundreds of climbers and guides to reach the Everest summit since a team of Nepali climbers opened the route on May 7.

At least three climbers, including a Russian and two Nepalis, have died on Everest since the season began.