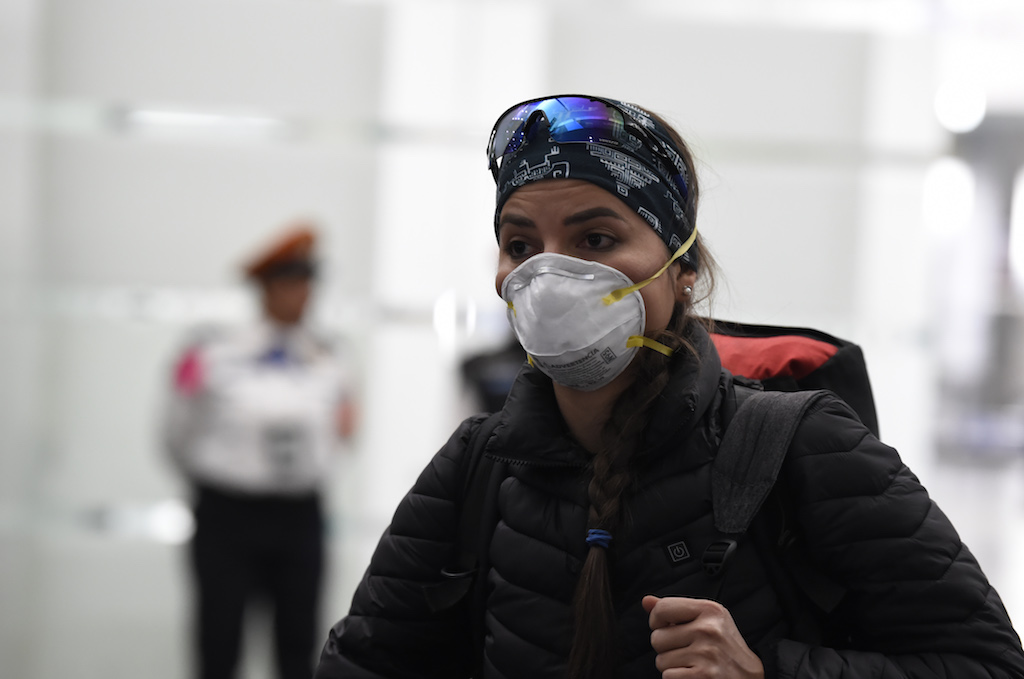 A passenger from a flight which originated in South Korea wears a protective face mask upon landing at Mexico City's international airport.

SEOUL - South Korea reported on Saturday its biggest surge in new coronavirus cases and concerns grew of a possible epidemic in the United States as the World Health Organization raised its risk alert to its highest level.

The virus has rapidly spread across the world over the past week, causing stock markets to sink to their lowest levels since the 2008 global financial crisis over fears that the disease could wreak havoc on the world economy.

More than 2,900 people have died and over 85,000 have been infected worldwide since it emerged apparently from an animal market in the central Chinese city of Wuhan in December.

The vast majority of infections have been in China but more daily cases are now logged outside the country, with South Korea, Italy and Iran emerging as major focal points.

South Korea has the most cases outside China, with nearly 3,000 infections as 594 more patients were reported on Saturday -- the country's biggest increase to date.

In neighbouring North Korea, the country's leader Kim Jong Un warned top party officials of the "serious consequences" of failing to prevent an outbreak of the new coronavirus on their side of the border.

READ: Coronavirus in SA: Not if, but when says expert

The virus has also spread to new zones -- in the past 24 hours, it has affected nine new countries, from Azerbaijan to Mexico and New Zealand after reaching sub-Saharan Africa with Nigeria reporting its first case.

"We have now increased our assessment of the risk of spread and the risk of impact of COVID-19 to very high at global level," WHO chief Tedros Adhanom Ghebreyesus told reporters on Friday.

"We do not see evidence as yet that the virus is spreading freely in communities. As long as that's the case, we still have a chance of containing this virus."

But California health officials confirmed a second suspected US case of the new coronavirus transmitted to a person who did not travel overseas or come in contact with anyone known to be ill, prompting fears of a possible outbreak in the United States.

"This new case indicates that there is evidence of community transmission but the extent is still not clear," said Sara Cody, director of public health for Santa Clara County, the heart of Silicon Valley where tech giants like Apple and Google are based.

"What we know now is that the virus is here, present at some level, but we still don't know to what degree."