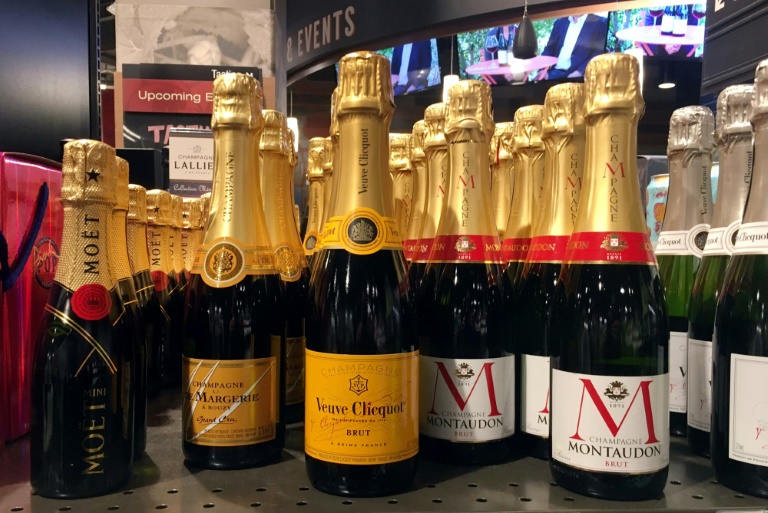 More than half of Champagne production is exported. AFP/Olivier Douliery

REIMS - Wine growers in the Champagne region, home to the world's most exclusive bubbly, on Thursday scrapped a century-old rule governing the distance between vines, sparking fierce resistance from traditionalists.

For the past 100 years, the maximum allowed distance between vine rows has been 1.5 metres, which experts had always believed represented the ideal balance between yield and quality.

Greater spacing, they said, would take away the need for the vines to compete for water and nutrients with neighbouring plants, a struggle that helps them produce smaller and higher-quality crop loads with just the right amount of acidity.

But the small space between rows, and between each vine, makes mechanisation difficult as machines for pruning, fertilising or harvesting can't easily navigate the narrow gaps.

A 15-year study conducted by growers association SGV, scientists and champagne houses found that larger spaces would allow a 20-percent reduction in greenhouse gas emissions thanks to wine growing equipment that would perform better and more efficiently than the straddle tractors now in use.

"The aim is to accompany the necessary agro-ecological transition by adapting Champagne vines to climate change, while at the same time preserving the quality and unique quality of Champagne vines, and the economic sustainability of wine growers," said SGV's president, Maxime Toubart.

SGV's board voted on Thursday to allow a space of between 2 and 2.2 metres between each plant in future, and allow them to grow up to a height of 2 metres compared with 1.2 to 1.3 metres now.

The study also found that working the soil would become easier, as would pest control.

And while there would be room for fewer vines, each plant's increased production would make up for the shortfall.

"Vines would become more resistant to drought and need fewer additives," said Vincent Legras, a winegrower who has experimented with wider spaces between vines since 2007 and is in favour of the change.

"For me the debate is over," he said.

But local opponents say they expect rising inequalities between winegrowers, and fear for local traditions, grape quality and jobs. 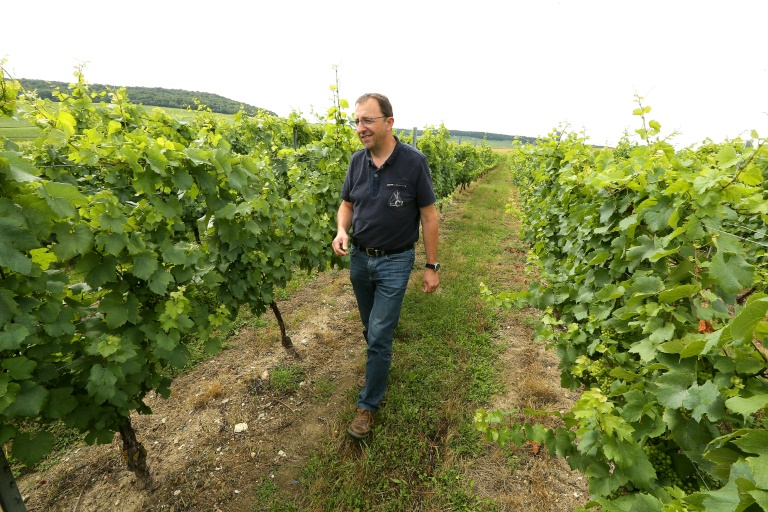 Champagne vines will have more space in future

"Under the cover of environmental concerns they are implementing a business project of cost-cutting," said Patrick Leroy, boss of the far-left CGT-Champagne trade union. "These strategies will destroy jobs."

Up to a quarter of the sector's 10,000 jobs could be lost, he said, adding he feared a "programmed extinction" of the Champagne region's unique production methods.

But SGV's Toubart said each winegrower would be free to decide on whether to use the new leeway and that, either way, change would be slow. "It will be a long transition, over one, two or three generations," he said.

The spacing rule is one of a number of strict criteria producers must respect to remain part of the exclusive club authorised to use the Champagne label.

Apart from exclusively using grapes from the region itself, they must also apply specific methods for pressing the fruit and for fermentation.

More than half the 244 million bottles shipped each year go to buyers outside France.