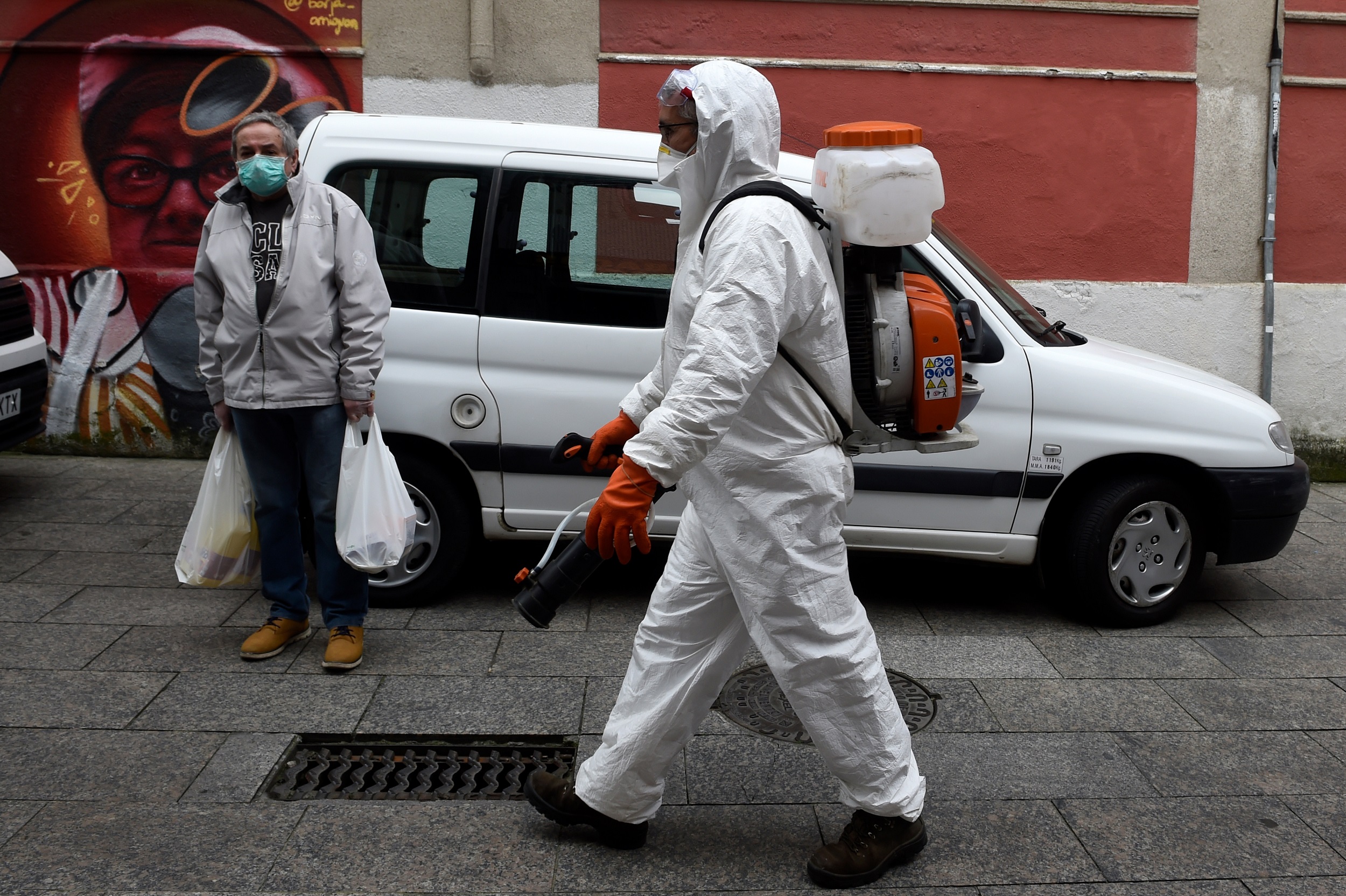 A man dressed in protective gear carries out disinfection works in a street in Vigo, northwestern Spain.

MADRID - The coronavirus death toll in Spain surged over 9,000 on Wednesday after a record 864 deaths in 24 hours, with the number of confirmed cases passing the 100,000 mark, the government said.

Spain has the world's second-highest death toll after Italy, with the virus so far claiming 9,053 lives and the number of confirmed cases reaching 102,136.

But on a day-to-day basis, the rate of new infections continued its downward trend, showing an increase of just over 8.0 percent, compared with nearly 11 percent on Tuesday, health ministry figures showed.

And the death rate has also slowed, from 27 percent a week ago to 10.5 percent on Wednesday, with officials saying the data appear to show the epidemic is reaching its peak.

But officials have warned that even if the epidemic is peaking, the pressure on the intensive care system would be subject to a lag of at least a week or longer, with hospitals likely to reach crisis point by the end of this week or early next.