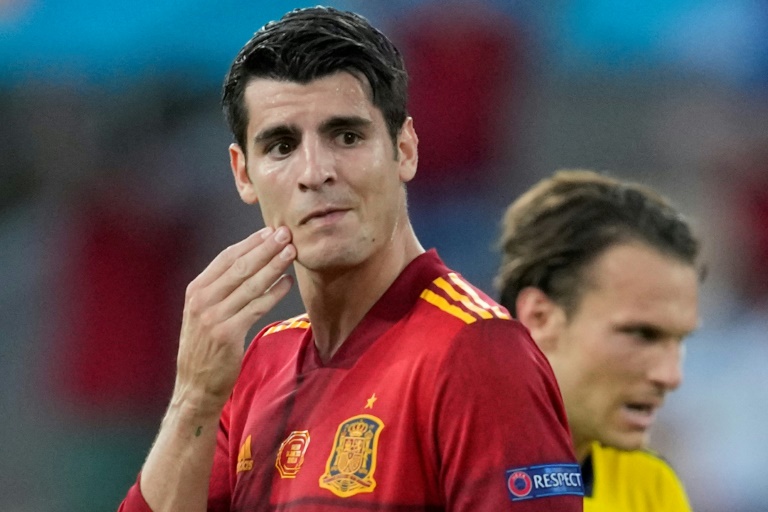 Morata and Spain were wasteful in Seville

MADRID - Spain opened their Euro 2020 campaign with a goalless draw against Sweden in Seville on Monday after their preparations were badly affected by Covid-19, while Patrik Schick scored one of the championship's great goals in the Czech Republic's 2-0 win over Scotland.

Elsewhere on day four of the tournament, Slovakia edged out 10-man Poland 2-1 in Saint Petersburg.

They lead the early Group E table ahead of Spain and Sweden, after the Scandinavians held on for a point at La Cartuja, with Alvaro Morata wasting the hosts' best opportunity.

"There are no doubts about a striker like Morata," Aymeric Laporte said of his teammate.

"We know what he can do, it didn't go in for him today it's true, but in the next game he can score three and shut everyone's mouth."

Jordi Alba captained Spain in the absence of Sergio Busquets, who is still self-isolating at home after testing positive for the coronavirus.

Defender Diego Llorente was only allowed to rejoin the group on Saturday after giving a fourth consecutive negative test and was an unused substitute against the Swedes.

The squad was forced to train individually and their last friendly against Lithuania was passed over to the under-21s.

Morata fired the clearest chance of the first half wide though, while Alexander Isak saw an effort deflected onto his own post at the other end by Marcos Llorente.

Juventus striker Morata dragged another effort off target early in the second half, while Sweden striker Marcus Berg miskicked wide of an open goal.

Spain laid siege to the visitors' net late on, but a series of blocks and an excellent save by Robin Olsen to deny Gerard Moreno preserved Sweden's point. 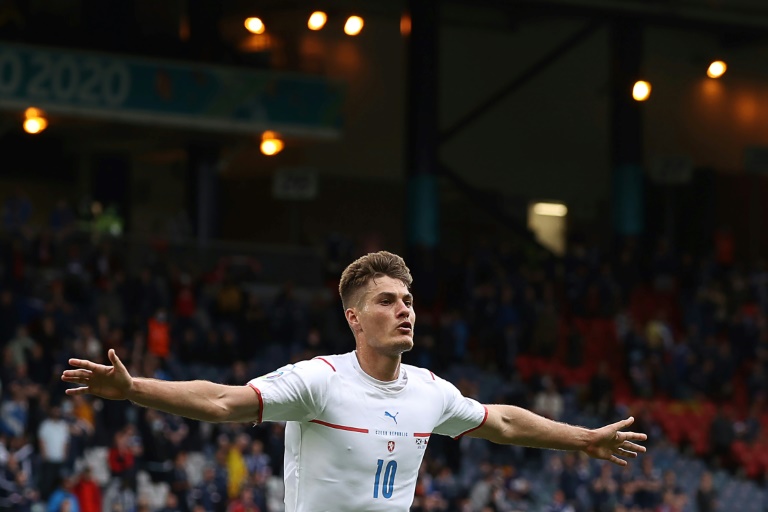 Schick scored an early contender for goal of the tournament

The Scots, absent from major tournament finals since the 1998 World Cup, were sunk by Bayer Leverkusen striker Schick in front of 12,000 fans at Hampden Park.

The home side started the Group D contest brightly in Glasgow but fell behind shortly before half-time as Schick headed home Vladimir Coufal's cross.

There was even better to come from the 25-year-old Schick, as he struck a high, curling shot from just inside the Scotland half over the head of back-pedalling Scottish goalkeeper David Marshall and into the net.

"The ball bounced back, the goalkeeper was quite high, I took a look, I saw he was out there so I slammed it in," said Schick.

Czech goalkeeper Tomas Vaclik made two important second-half saves from Scotland striker Lyndon Dykes as the hosts tried to force their way back into the game.

But there was no way through for Steve Clarke's men, as the Czech Republic moved top of Group D ahead of their game with Croatia at Hampden on Friday.

"We want to advance, we are now facing the two favourites, sometimes you can get there on three points, but I think we'll have to clinch one more to be sure," said Czech Republic coach Jaroslav Silhavy.

The Scots will next face old rivals England, who made a successful start to their campaign with a 1-0 win over Croatia on Sunday, at Wembley on Friday.

Poland will rue Grzegorz Krychowiak's 62nd-minute second yellow card in Russia as the midfielder became the first player to be sent off in this year's tournament. 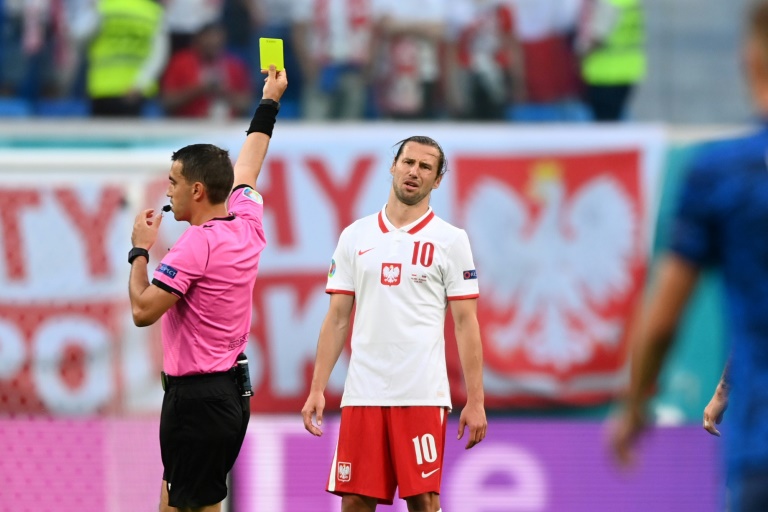 Slovakia had taken an 18th-minute lead when Robert Mak's shot hit the post and bounced in off Poland goalkeeper Wojciech Szczesny before Karol Linetty levelled shortly after the break.

The game was settled with 21 minutes to play, though, as Inter Milan defender Milan Skriniar drilled in to give Slovakia a winning start.

Poland striker Robert Lewandowski was a peripheral figure and has still only scored two goals in 12 appearances at major finals.

The 29-year-old's condition was described as "stable" and "good" by the Danish Football Union 48 hours after his cardiac arrest playing for his country against Finland in Copenhagen.

Teammate Kasper Schmeichel questioned the decision the team faced over whether to restart the match after Eriksen's mid-game medical emergency. When the match did resume, Denmark lost 1-0. 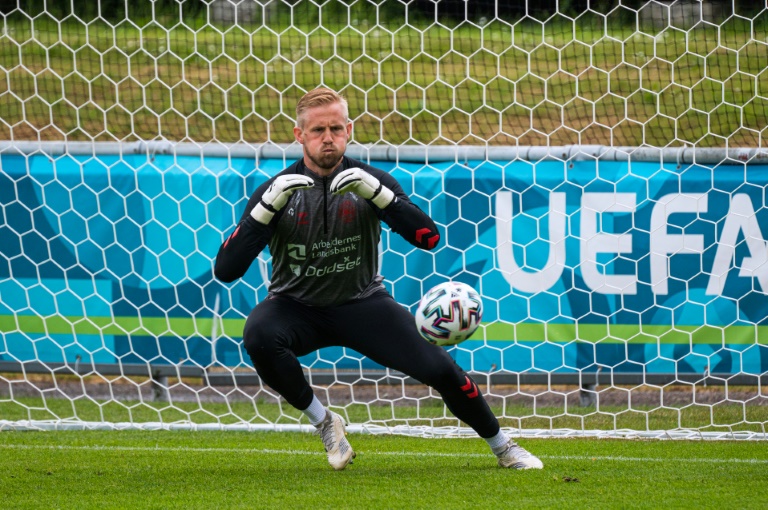 Schmeichel in a training session on Monday

"We were put in a position that I personally feel that we shouldn't have been put in," said the Leicester City goalkeeper.

Schmeichel said he wished someone more senior had stepped in to say "that it wasn't the time to take that decision, and that we should maybe wait until the day after to decide".

World Cup holders France are the favourites to win the trophy and they begin their campaign against Germany in Munich on Tuesday, with holders Portugal facing Hungary in the other Group F match.