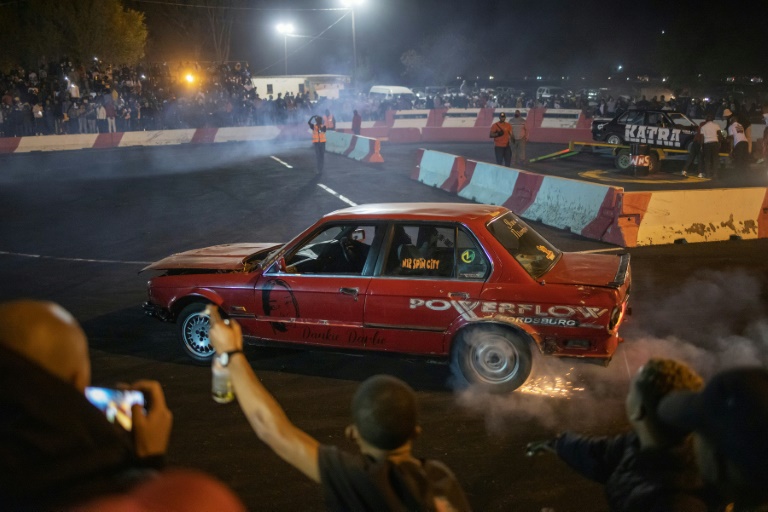 Drifting: Car 'spinning' has a huge following in South Africa

ALBERTON - The testosterone tang of aftershave and burnt tyres wafts over an asphalt track outside Johannesburg, where hundreds gather to watch cars skid into circles at dizzying speed, stunt performers hanging perilously out of windows.

White plumes of smoke billow into the air as drivers take turns spinning round and round in circles.

The biggest daredevils let go of the steering wheel or hang themselves upside down out of open car doors as the vehicle keeps going.

Now recognised as a motor sport, "spinning" was born in South African townships during the late 1980s, when gangsters would spin stolen cars to show off their booty. 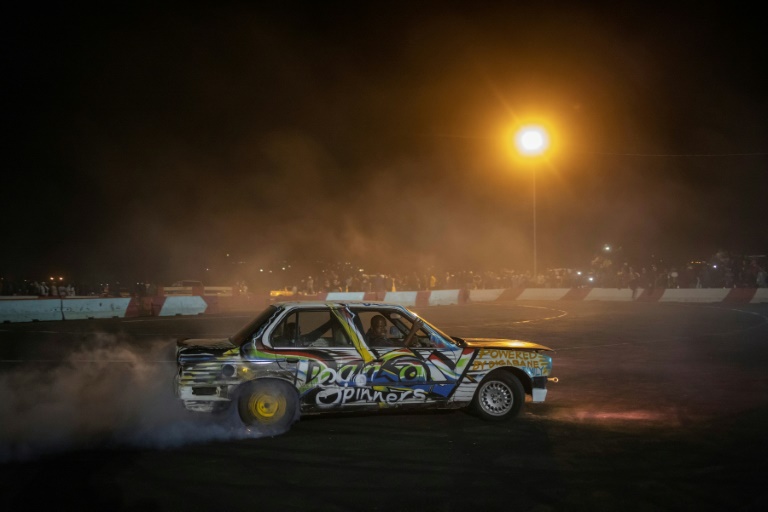 'Spinning' was born in the South African townships during the apartheid era, often as a ritual to honour fallen gangsters

"They would also spin at their fallen heroes' funerals," said Stacey-Lee May, one of South Africa's rare female spinners.

Aged 25, May has become a professional and competed in England, New York and Pakistan.

In the industrial town of Alberton, southeast of Johannesburg, 34-year-old spinner Ibrahim Toffie diligently checked his tyres before hitting the track.

"Spinners" spend hours in garages vamping up their racing cars. Most of are old BMW carcasses with pimped engines, suspensions and exhaust pipes.

"Why do I do that? For the nervousness you get each time. We are all after that adrenaline rush," Toffie told AFP.

Although spinning has been banned from the streets, events still take place legally in closed urban arenas. There are often no prizes, but drivers take turns performing to gain applause.

Tickets for the Alberton event sold for 50 rand ($3.4) each. "No weapons" allowed, the poster noted.

Excited fans milled around the tarmac, drinking beer and smoking weed as kwaito -- a South African style of music similar to hip-hop -- blasted from speakers.

"Spinning is a free medium of expression," said one spectator who did not wish to be named. 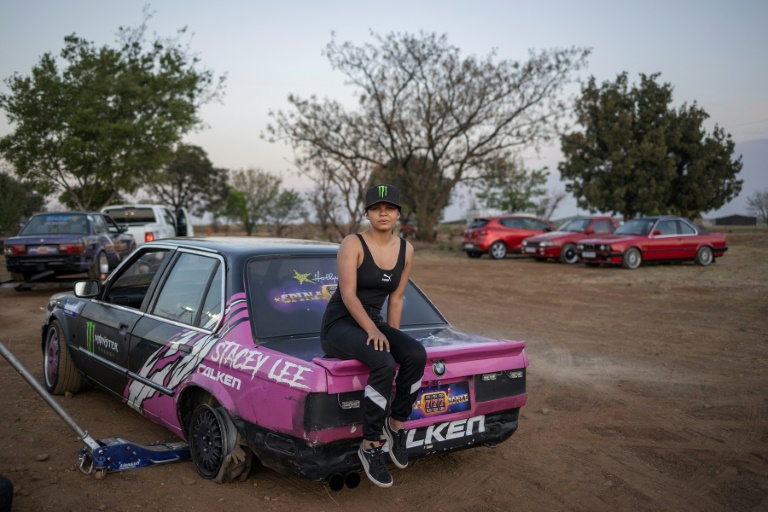 Stacey-Lee May, who has won international fame for her stunts, poses on her car

"In our communities there is so much violence, so much drug and crime... What could words do?" he asked, packing cannabis into a hookah pipe.

Suddenly, sparks showering from the wheel rims of a passing car catch on to some leaked oil and burst into flames.

Spectators rush over to the smouldering vehicle and douse it with bottled water.

Most is salvaged aside from the boot, which emerges blackened and charred.

Unshaken, the driver takes a quick look under the bonnet and gets back behind the wheel. 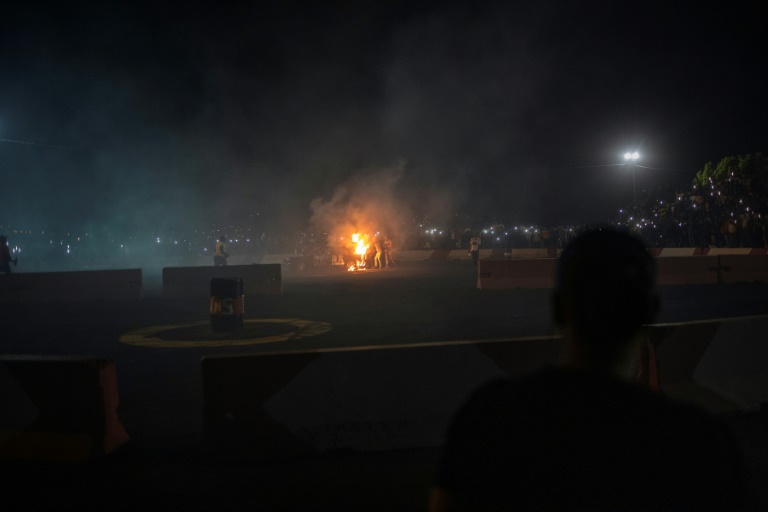 Risky business: The car of spinner 'Katra' bursts into flames at a spinning event in Alberton

"It's part of the game," shrugs Issac Molefe, a 50-year-old regular.

Rooted in black communities, spinning has attracted a more diverse set of participants in recent years.

"I'm here to show what a white man can do," said Paul Breckle, 23, the only white driver performing that evening, hands on the wheel of a black BMW.

"Everyone comes here now," she told AFP, elated to be finally resuming tournaments after a more than two-year coronavirus pause.