Eriksen stable in hospital after collapsing on field 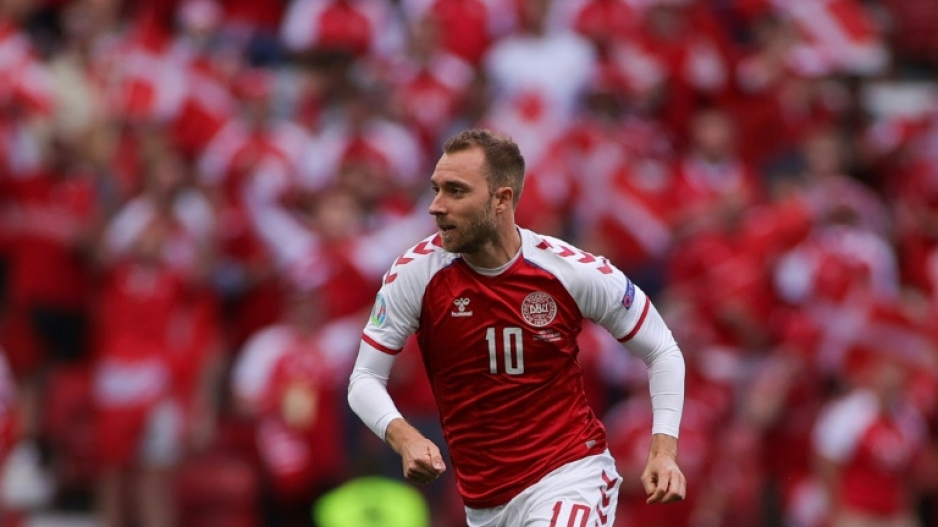 Christian Eriksen in action in the Euro match shortly before he slumped to the turf. AFP/Friedemann Vogel

COPENHAGEN - A wave of relief was felt in the Copenhagen stadium when the announcement came that Denmark's Christian Eriksen was "in a stable condition" after he had sickeningly collapsed mid-game on Saturday.

Some 16,000 spectators in the Parken Stadium had watched in shock as medical personnel administered CPR to the Danish player before he was carried off the pitch.

Eriksen "is a national treasure, he's like your best friend," Ottosen said.

He and others opted to leave the stands as onlookers feared for the Inter Milan star as he laid motionless for over 10 minutes in the corner of the field where he suddenly collapsed in the 43rd minute of Denmark's opening Euro 2020 game against Finland.

His teammates' initial stares of disbelief spoke volumes about their concern as they formed a circle around the 29-year-old midfielder.

As medics performed chest compressions, many in the stadium feared the worst. 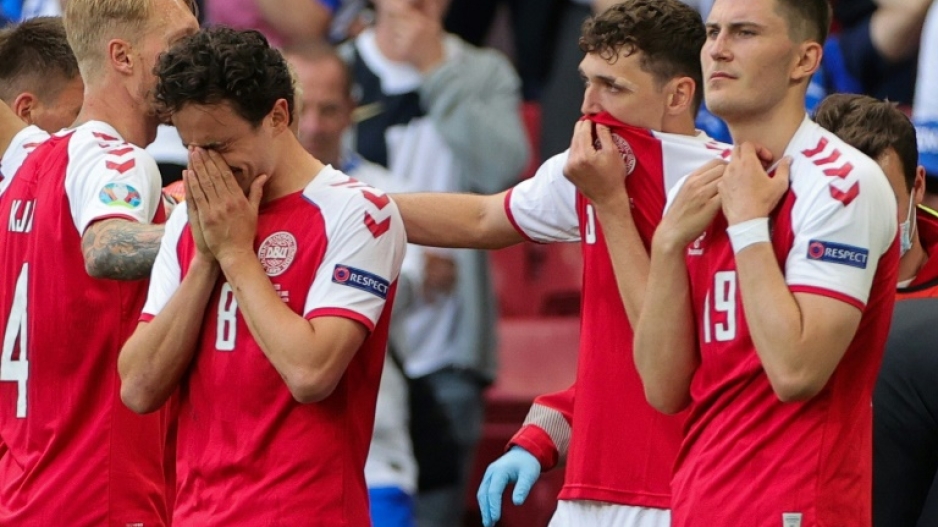 With the gravity of the situation becoming clear, TV cameras eventually zoomed out.

After about 15 minutes of anguish, Eriksen was finally carried off the pitch and rushed to nearby hospital Rigshospitalet.

With the player displaying signs of life with slight movement and holding his hands to his head, hope returned to the stadium.

After it was confirmed that Eriksen was "awake" and in a "stable condition," the game resumed at 8.30pm.

In the second half, a more recognisable silence later fell over the stadium after Finland scored, securing a 1-0 win over the home team.