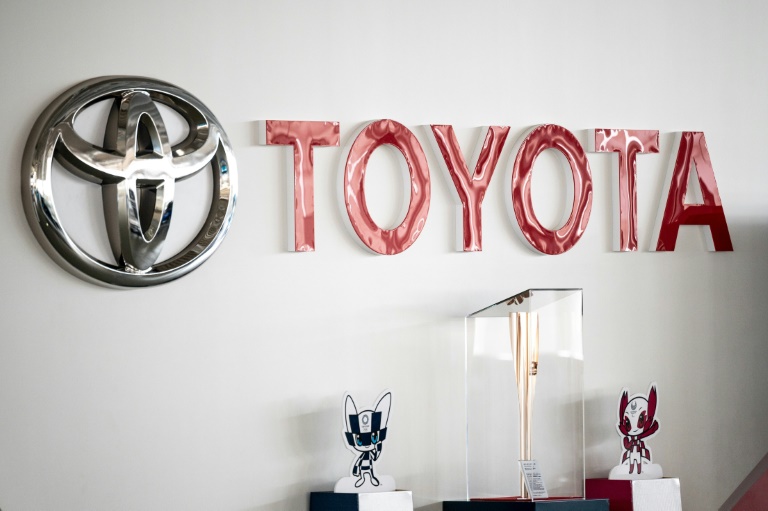 Toyota has scrapped plans for an Olympic-linked campaign

Auto giant Toyota said this week its executives will not attend Friday's ceremony after the public was barred over infection fears.

Fewer than 1,000 Olympic officials and VIPs including sponsors are expected to be allowed into the stands.

But firms have lined up to make clear that their executives won't be among them.

Toyota also said Monday it had scrapped plans to run an Olympic-linked campaign in Japan, where opinion polls have consistently revealed public antipathy to holding the virus-postponed Games this summer.

"It is turning into an Olympics that cannot get understanding (from the public) in various ways," Toyota's operating officer Jun Nagata said earlier this week.

Experts said the Games had become a losing proposition for sponsors.

Avoiding promotional activities linked to the Games is now "really more preferable for the Japanese sponsors", he told AFP.

It wasn't supposed to be like this, with the Games expected to provide a valuable promotional platform as millions flocked to Japan or watched the Olympics on television.

Firms including Toyota, Panasonic and Bridgestone have multi-year partnerships with the International Olympic Commission and are among the firms that have contributed some $500 million to Tokyo 2020.

Around 60 other Japanese sponsors have also poured $3.3 billion into the mega-event, a record for corporate sponsorship at an Olympic Games. 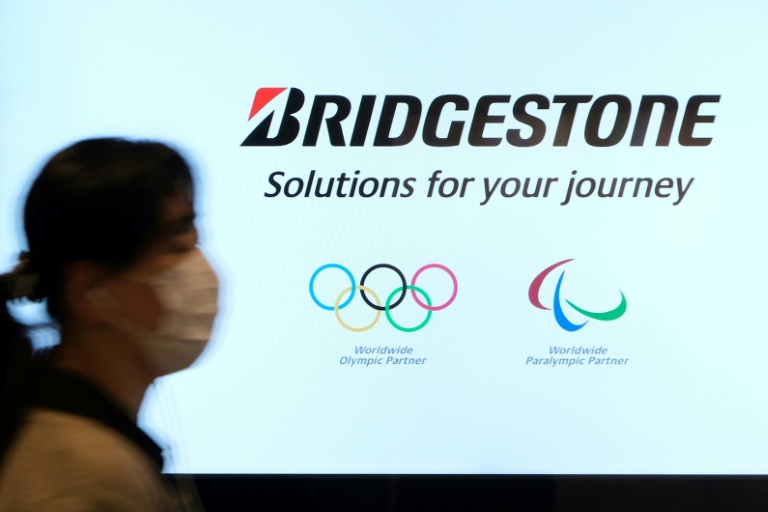 Bridgestone said it won't be sending VIPs to the opening ceremony

But domestic discomfort about the Games in Japan has grown steadily since its unprecedented virus postponement last year, with anti-Olympic hashtags trending on social media and polls showing most Japanese wanted further postponement or outright cancellation.

Virus rules forced organisers to first shut out foreign fans and then bar domestic spectators from almost all venues.

And the reputation of the Games has taken multiple hits -- from the resignation of Tokyo 2020 chief Yoshiro Mori over sexist comments, to revelations of bullying by a composer for the opening ceremony.

In May, the Asahi newspaper, an official Tokyo 2020 partner, even called for the event's cancellation.

"The Olympics have become a toxic property in Tokyo where very little public support exists," said Jules Boykoff, a sports and politics expert, and professor at Pacific University's department of politics and government.

"Being associated with such an extremely unpopular event has become risky from a branding perspective," added Boykoff, who supports calls for the Games to be cancelled.

"For domestic sponsors there is a clear business incentive to disassociate from the Tokyo Olympics," he said.

"There is no halo effect."

The environment doesn't mean firms are ditching all their Olympic associations.

Bridgestone will still run Games-linked social media campaigns, a spokesperson told AFP, while Panasonic says it will keep Olympic and Paralympic logos on some adverts and products.

And Japanese tennis star Naomi Osaka recently became a brand ambassador for the firm, though the partnership "is not centred around the Games," Panasonic said.

But in general, said Matsumoto, there's no longer much appetite for being associated with the Games.

Benefits to sponsorship have become "difficult to find".