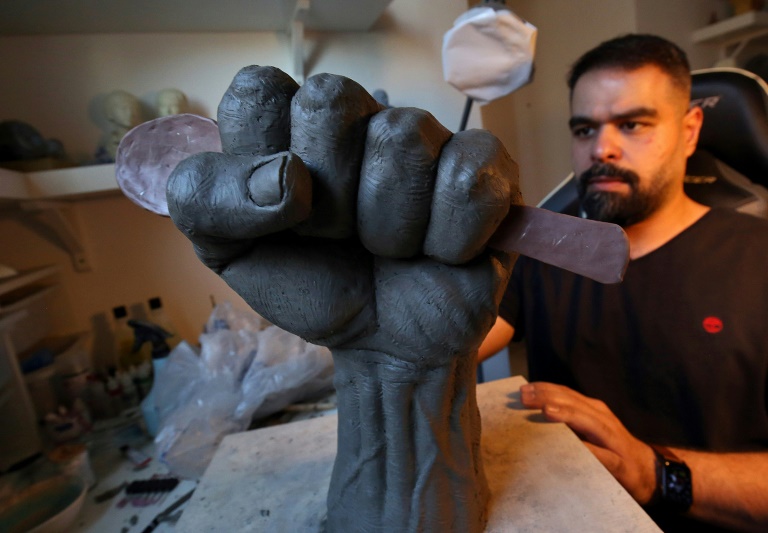 Kuwaiti artist Maitham Abdal works on his sculpture, "Spoon of Freedom", at his home workshop in Kuwait City

JERUSALEM - The humble spoon has taken its place alongside traditional flags and banners as a Palestinian resistance symbol, after prisoners were said to have carried out one of Israel's most spectacular jail breaks with the utensil.

When the six Palestinian militants escaped through a tunnel on September 6 from the high security Gilboa prison, social networks shared images of a tunnel at the foot of a sink, and a hole dug outside.

A hashtag, "the miraculous spoon", suggested how the Hollywood-style feat might have occurred.

But whether or not the utensil had really been involved or its role was cooked up was at first unclear.

Then on Wednesday a lawyer for one of the fugitives who has since been recaptured told AFP that his client, Mahmud Abdullah Ardah, said he had used spoons, plates and even the handle of a kettle to dig the tunnel from his cell.

He began scraping his way out from the northern Israeli institution in December, the lawyer, Roslan Mahajana, said. 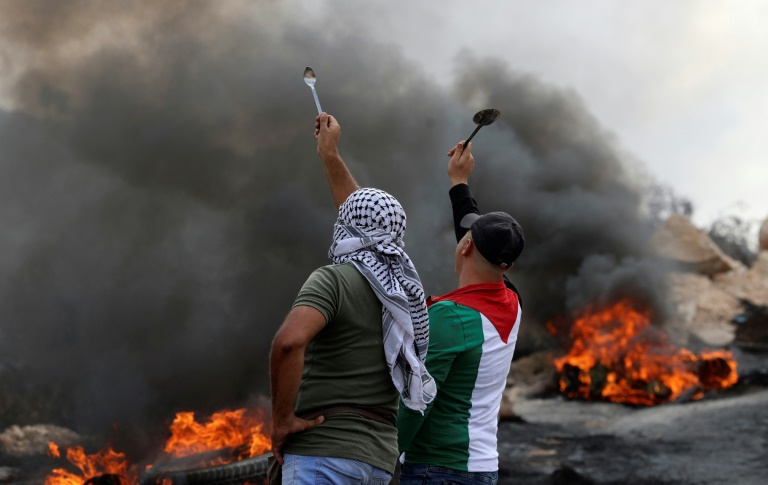 Palestinian protesters hold up spoons as they confront Israeli security forces in the West Bank village of Beita, on September 10, 2021

Ardah was one of four fugitives later arrested after the army poured troops into the occupied West Bank as part of a massive manhunt.

All six were accused of plotting or carrying out attacks against Israelis.

Two men remain on the loose following the extremely rare escape. Israel has begun an inquiry into lapses that led to the embarrassing incident, which Palestinians see as a "victory".

"With determination, vigilance... and cunning, and with a spoon, it was possible to dig a tunnel through which the Palestinians escaped and the enemy was imprisoned," writer Sari Orabi said on the Arabi 21 website.

He has made several drawings featuring the utensil, including one titled "The Tunnel of Freedom".

The issue has also stirred admiration outside the Palestinian territories, where spoons have been carried in demonstrations supporting prisoners detained by Israel. 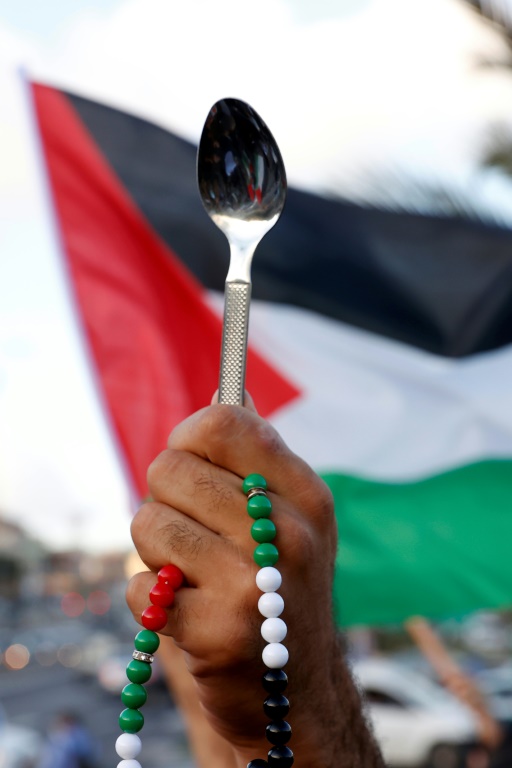 In Kuwait, the artist Maitham Abdal sculpted a giant hand firmly clasping a spoon -- the "spoon of freedom", as he calls it.

For him, it also evokes the numerous hunger strikes undertaken by Palestinian prisoners to protest their incarceration.

In Tulkarem, a city in the West Bank occupied since 1967 by Israel, the escape brought back memories for Ghassan Mahdawi. He and another prisoner escaped from an Israeli prison in 1996 through a tunnel dug using not kitchen implements but nails.

He had been arrested for belonging to an armed group during the first Palestinian intifada, which lasted until the early 1990s.

"There's nothing prisoners can't do... and there is always a flaw" in the system, said Mahdawi, who was rearrested and then released after a total of 19 years in custody. 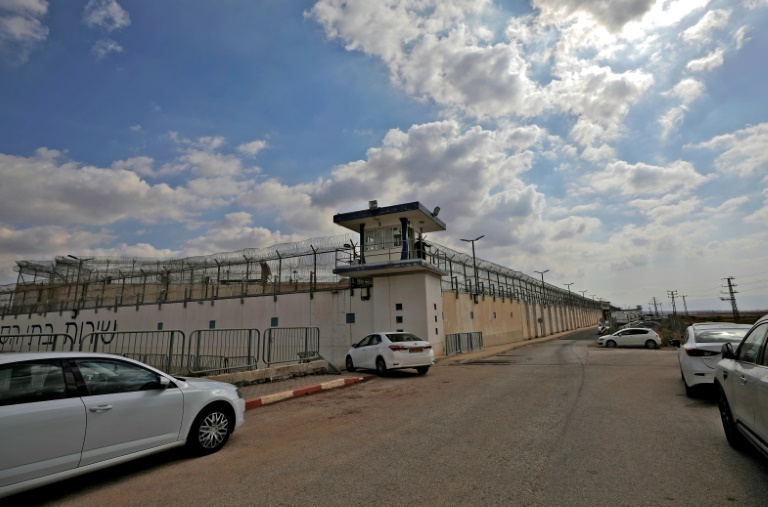 The escape from Gilboa prison, pictured the day six Palestinian prisoners tunneled out on September 6, 2021, was extremely rare

In his view, the most recent escapees may have used tools other than spoons, obtained inside the prison, to carry out what every prisoner dreams of but few accomplish.

"To escape from an Israeli prison is something each inmate thinks about," Mahdawi said.

To have done it with a spoon, he added, is something that "will go down in history".