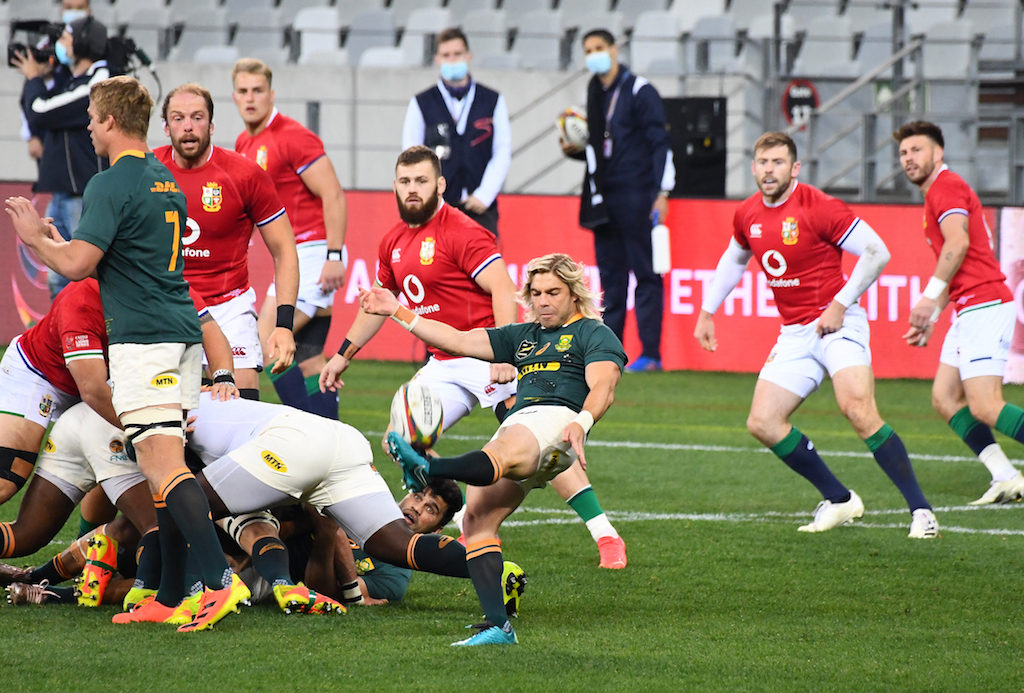 CAPE TOWN - Rugby World Cup winners Pieter-Steph du Toit and Faf de Klerk will miss the series-deciding third Test against the British and Irish Lions in Cape Town on Saturday due to injury.

Duane Vermeulen, the number eight hoping to make a miraculous comeback after a serious ankle injury, did not make the matchday 23 despite training with the squad on Monday.

Reigning World Rugby Player of the Year Du Toit was ruled out by a shoulder injury sustained after a late tackle from Duhan van der Merwe last Saturday's 27-9 win in the second Test.

His loose forward place goes to Franco Mostert who moves from the second row with Lood de Jager, a replacement in the second Test, coming into the starting XV.

In a surprise move when the team was announced on Tuesday, Cobus Reinach comes in at scrum-half with De Klerk sidelined by a leg muscle strain.

Herschel Jantjies, the reserve scrum-half in the first two Tests, was expected to step up, but remains among the replacements instead.

Head coach Jacques Nienaber has returned to a 5-3 forwards-backs split on the bench having changed to 6-2 after a 22-17 loss in the first Test.

The place vacated by De Jager goes to veteran fly-half Morne Steyn, whose penalty from the halfway line clinched a series victory for the Springboks over the Lions in 2009.

The latest series has seen a number of Springboks celebrate 50th appearances, starting with fly-half Handre Pollard in the first Test.

It was the turn of loosehead prop Steven Kitshoff last weekend and this Saturday inside centre Damian de Allende will reach the milestone.