Springboks look to 'grind' against Wallabies in rematch 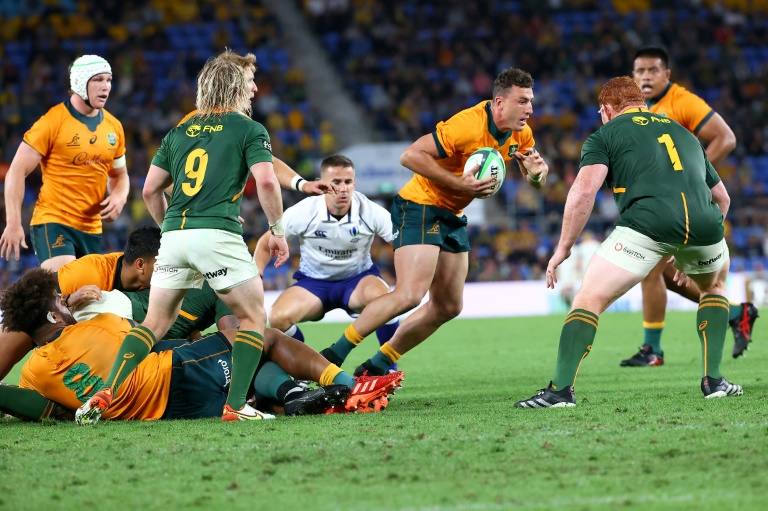 South Africa and Australia are both looking to improve their discipline

BRISBANE - Springboks coach Jacques Nienaber is expecting a "grind" against a fired-up Wallabies on Saturday as the world champions look to improve their discipline and emphatically bounce back after being upset last week.

The South Africans gave away 11 penalties and had two players sin binned in their 28-26 round three Rugby Championship loss to Australia on Sunday, crashing to defeat despite scoring three tries to one.

Nienaber said cutting out the errors had been a key focus in training this week.

"I thought our discipline was poor and our kicking game wasn't where it should have been," he said ahead of their return clash in Brisbane.

"We only conceded one try but of the penalties, we conceded four were for offside which is the most since I've been involved.

"It's not that we weren't under pressure at times but some of those offside penalties were not called for."

Nienaber has made two changes to his starting side, with Marvin Orie in for lock Lood de Jager, who is recovering from concussion, and Trevor Nyakane preferred at loosehead prop to Steven Kitshoff, who moves to the bench.

South Africa are second in the Rugby Championship standings, five points behind New Zealand after two wins and a defeat, and Nienaber said he was expecting a "similarly driven" performance from Australia.

"That said, we know what we are capable of as a team, and we created sufficient opportunities to win last week, but we didn't capitalise on them," he added.

"So we back our systems and structures, and it is now a matter of being as effective as possible in executing our plan. We are expecting another grind of a match, but we are ready for the challenge."

Cooper scored 23 points, kicking eight-from-eight off the tee, including a last-gasp winner, which was enough to keep a fit-again James O'Connor out of the side.

"We wanted to reward the guys that performed last week," said Rennie, who signalled O'Connor could return when they face Argentina later this month, either at flyhalf or fullback.

Saturday's match will be a landmark for Michael Hooper, who will become the Wallabies' most-capped skipper when he leads the side out for a 60th time in his 113th Test, surpassing George Gregan.

The tireless captain will spearhead a team with three changes -- tighthead prop Taniela Tupou comes in for Allan Alaalatoa, who has left for the birth of his child, and James Slipper returns to the run-on side as loosehead prop.

Meanwhile, experienced scrum-half Nic White will start for the first time this season as he continues his comeback from injury.

All three South African tries on the Gold Coast came from lineout mauls and Rennie said his side had been working on defending the set-piece.

"It's certainly been a focus, there were a couple of things we got wrong, system errors," he said as Australia target rare back-to-back wins after being beaten by New Zealand three times in recent weeks.

"We think we've got a system that when we get it right we'll be able to nullify their maul.

"Discipline's the key. We gave away 18 penalties and if they're not kicking for the goal they're putting it in the corner and if you give them enough cracks down there they are going to hurt you.

"So we have to limit their opportunities at the maul." 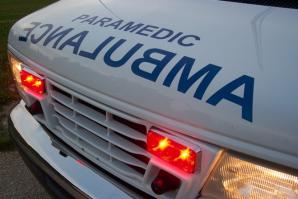