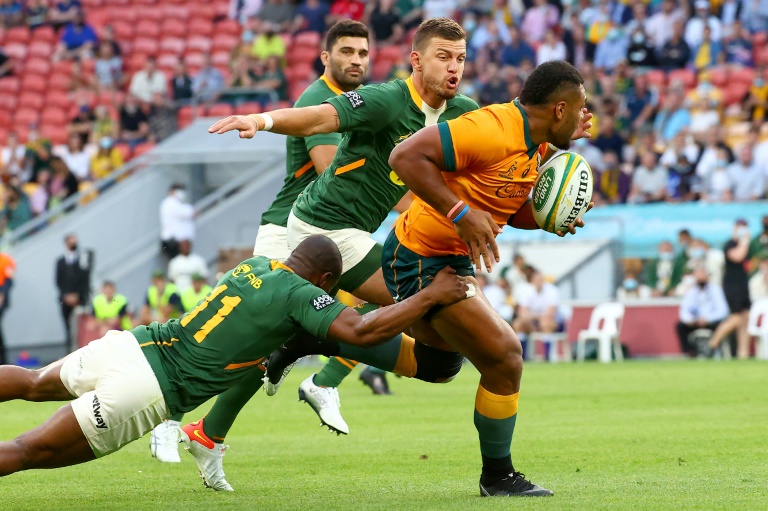 BRISBANE - South Africa coach Jacques Nienaber admitted he was worried about the "massive challenge" of facing the All Blacks next weekend after a "very poor" Springboks suffered back-to-back Test defeats against the Wallabies.

The world champions were outplayed "in every department" by a resurgent Australia side in Brisbane and Nienaber apologised after what he called the Springboks' worst performance since losing 32-19 to Argentina in 2018.

"We are sorry, that's all we can say," said Nienaber after Saturday's 30-17 defeat in the Rugby Championship fourth-round contest.

"It was not a performance that was worthy enough for a Springbok jersey.

"We sincerely apologise. Everyone, from management, coaching staff -- this was a very poor performance."

South Africa had been expected to come back strongly after being edged by the Wallabies 28-26 the week before, with only a Quade Cooper penalty after the full-time siren separating the sides. 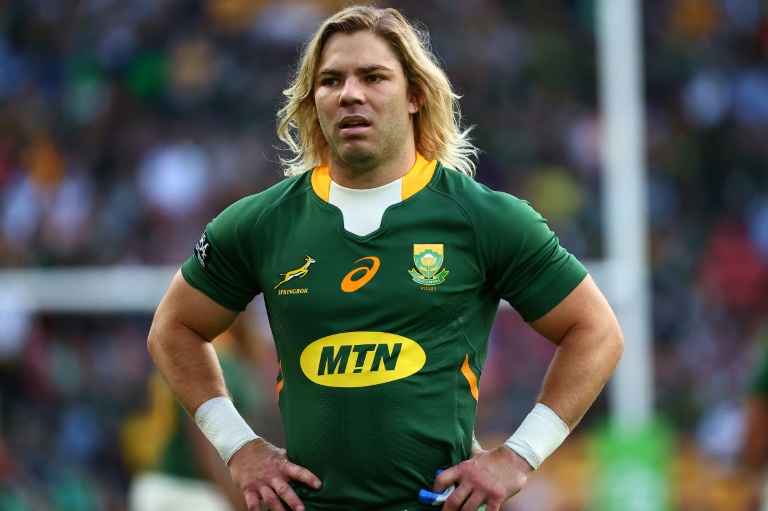 "We were truly beaten. In every department we got hands down beaten -- defence, kicking game, attack," Nienaber said.

Australia seized control when Faf De Klerk was sin-binned in the 12th minute for slapping the ball illegally out of Nic White's hands at an attacking ruck.

"We just made too many errors," conceded Nienaber.

Despite briefly hitting the lead just after half-time, South Africa never looked like holding off the resurgent Wallabies who swept to four tries and a bonus point.

"The last time we conceded four tries in a game, I think, was against New Zealand in 2018 three years ago, so it definitely wasn't up to standard," Nienaber added.

"Our exit game wasn't up to standard and was inconsistent.

"It wasn't a great performance."

The Springboks arrived in Australia having won a series against the British and Irish Lions and two Tests against Argentina.

But Nienaber conceded they had plenty of work to do this week before they face the daunting prospect of back-to-back clashes against New Zealand in Townsville on Saturday and on the Gold Coast a week later.

The All Blacks have won all four of their Rugby championship matches, easily accounting for both the Wallabies and Argentina and on Saturday a much-changed starting XV romped past the Pumas 36-13.

"There are no positives (from the Wallabies game), but the nice thing is it's nice to play our Sanzaar (South Africa, New Zealand, Australia and Argentina Rugby) teams," Nienaber said.

"You get tested differently and for us, it is a big eye-opener in terms of that and that is how big the challenge will be against New Zealand.

"It's going to be a massive challenge."