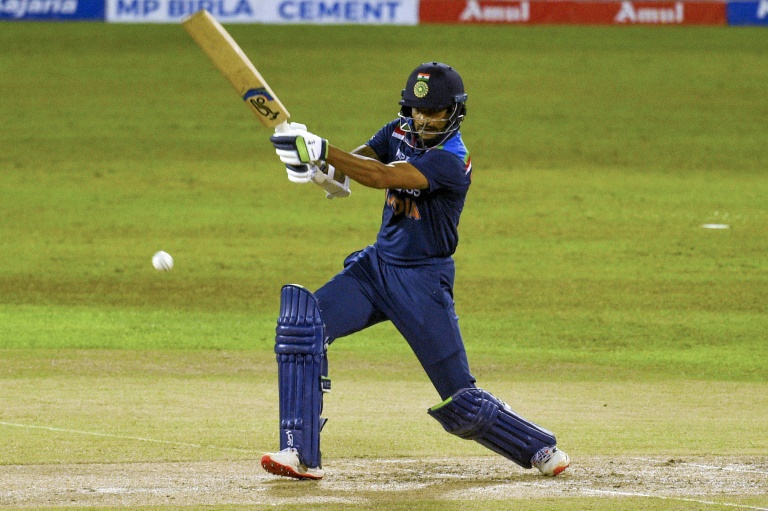 Sri Lanka, who trail the three-match series 1-0, opted to bowl as India fielded four debutants after virus positive Krunal Pandya and eight of his close contacts were forced to sit out the game in Colombo.

Dananjaya, who bowls a subtle mix of finger spin and wrist spin, returned figures of 2-29 including the key wicket of skipper Shikhar Dhawan, bowled for 40.

The left-handed Dhawan put on a brisk 49-run opening stand with debutant Ruturaj Gaikwad (21) and carried on in the same vein with Devdutt Padikkal (29), also playing his first T20 on what seemed a sluggish pitch.

But Wanindu Hasaranga bowled the left-handed Padikkal in the 16th overs with his leg-spin as India found it tough to push the run rate.

The match was postponed hours before the scheduled start on Tuesday after India's Pandya was found positive during a routine check.

All the matches are being held at the R. Premadasa Stadium, without spectators as Sri Lanka battles a surge in pandemic cases.