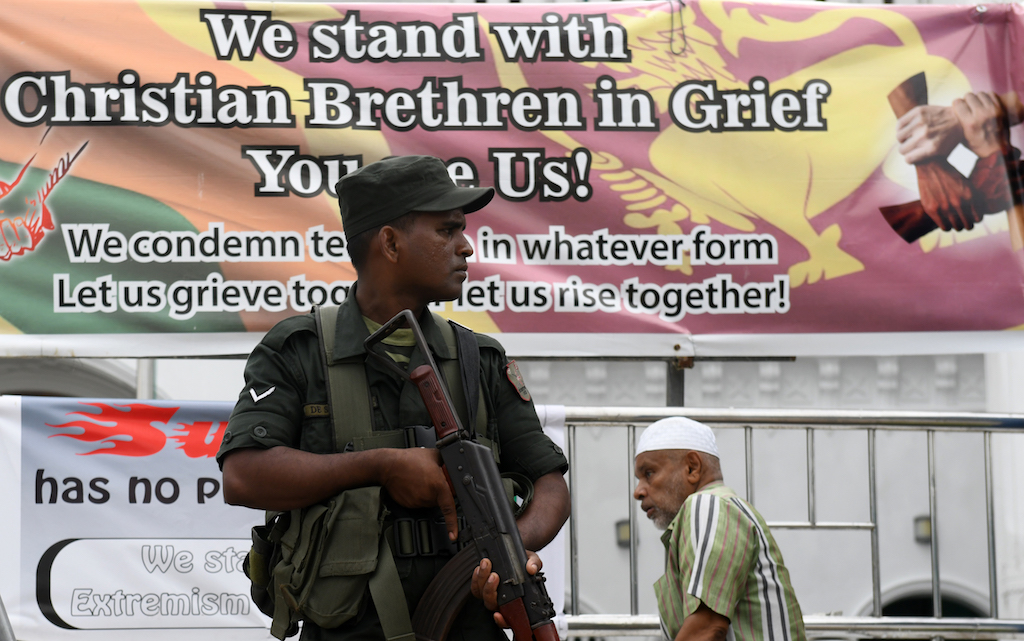 Security personnel stand guard outside a mosque during Friday prayers in Colombo.

The archbishop of Colombo, Cardinal Malcolm Ranjith, said that a "reliable foreign source" had alerted him to possible attacks this weekend.

"The information we have from a reliable foreign source is that attackers are planning to hit a very famous church and a Catholic institution," the Cardinal said in a statement. He did not name the source.

He also said that Catholic schools which were due to re-open after an extended Easter vacation on Monday would now remain shut "until further notice".

Sri Lankan authorities had advance warnings from Indian intelligence of the impending Easter attacks in which 257 people died, but police and security forces ignored them.

Last Sunday, a week after the April 21 attacks, all public masses were cancelled and Cardinal Ranjith conducted a private memorial service for the victims that was broadcast live on television.

Armed guards have been stationed outside churches, Buddhist temples and mosques across the country since the April 21 attacks on three churches and three luxury hotels.

All political parties scrapped May 1 rallies amid fears of bomb blasts.

Police say they have arrested more than 150 suspects since the attacks and have accounted for all six jihadi suspects who were declared as most-wanted.

Two suspects have been killed while four others were in custody, police said.

President Maithripala Sirisena announced on Friday that the authorities believed there were 140 Islamic State-inspired jihadists in Sri Lanka and he had ordered security forces to track them down.

The Easter attacks were blamed on the local National Thowheeth Jama'ath (NTJ) whose leader was among the suicide bombers. The group had pledged an oath of allegiance to the Islamic State group.