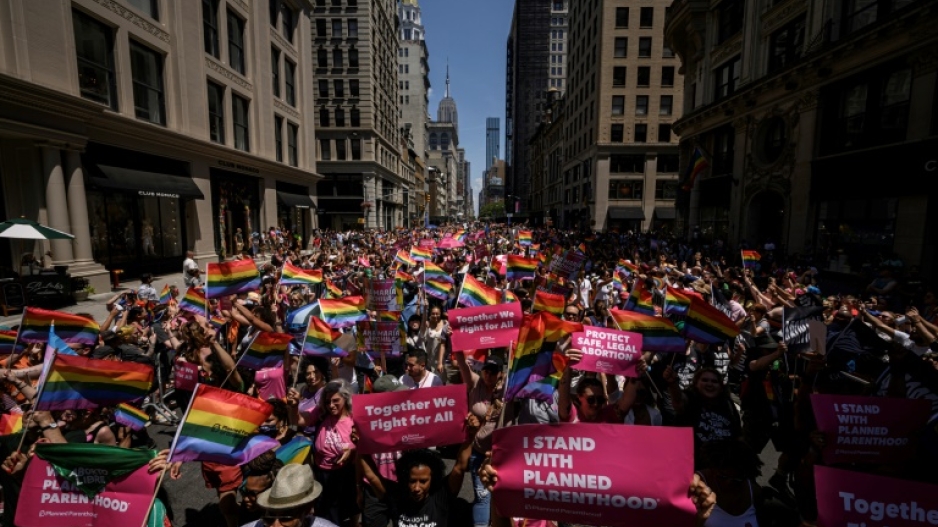 Participants marched through lower Manhattan in the blazing sunshine during the march, the first time it has been held since the pandemic began

NEW YORK - A stampede occurred at a Pride parade in the US city of New York on Sunday, with hundreds of people attempting to flee after mistaking the sound of fireworks for gunfire, police said.

"There were NO shots fired in Washington Square Park. After an investigation, it was determined that the sound was fireworks set off at the location," the NYPD said in a tweet shortly after the incident.

Police told AFP "there were no serious injuries" from the stampede.

Terrified people ran or walked briskly along a street adjacent to the square after the scare, videos on social media showed.

Tens of thousands of people attended Sunday's LGBTQIA+ Pride parade, which wound its way through the streets of lower Manhattan under the blazing sun. 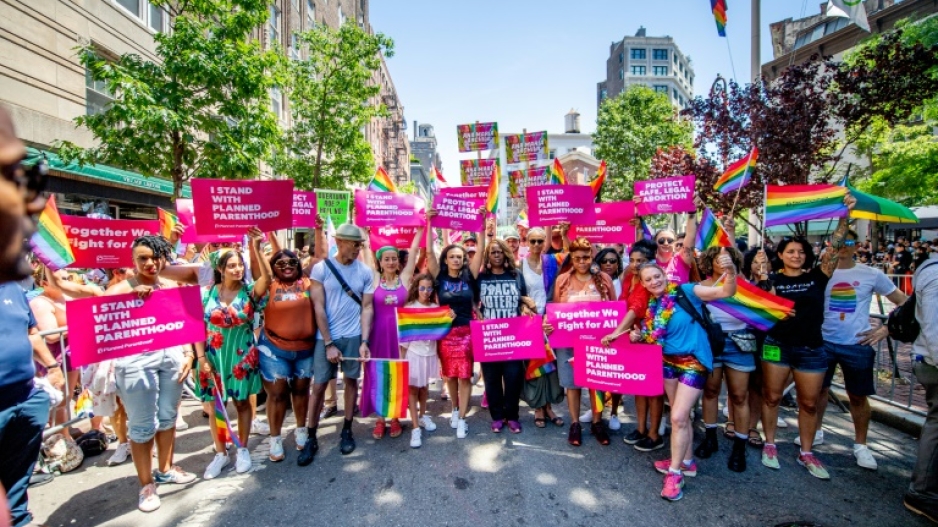 Reproductive rights group Planned Parenthood took part in the parade, which took place under the shadow of a recent US Supreme Court ruling on abortion

The atmosphere was largely festive, although the shadow of Friday's US Supreme Court decision to abolish a constitutional right to abortion -- leaving states to legislate on the matter themselves -- loomed over proceedings.

New York's Pride parade is the second-largest in the United States, after San Francisco, and Sunday's gathering was the first time it had taken place since the Covid-19 pandemic began.

Organizers said the US Supreme Court decision on abortion was "devastating."

"This dangerous decision puts millions in harm's way, gives government control over our individual freedom to choose, and sets a disturbing precedent that puts many other constitutional rights and freedoms in jeopardy," organizers said.

Many rights groups fear that the verdict on abortion could be the beginning of a broader push by the Supreme Court, currently dominated by a conservative majority, to curtail other freedoms won in recent decades, such as rights to contraception or same-sex marriage.