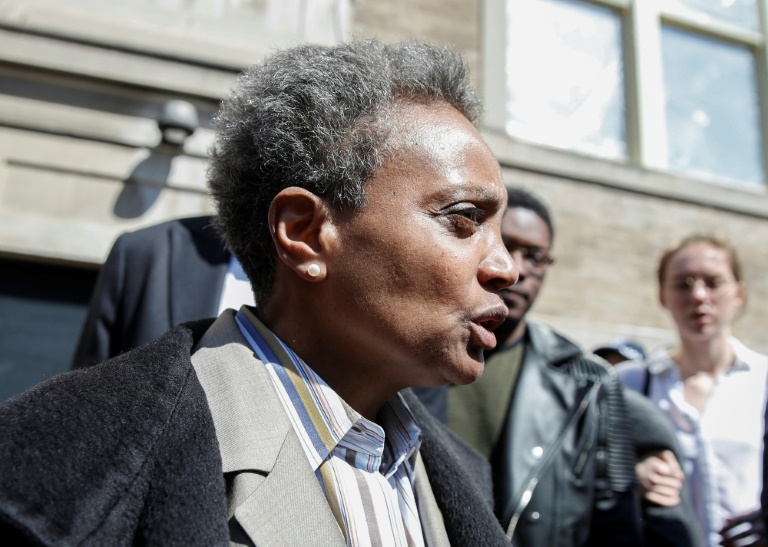 CHICAGO - Up to half of Chicago's police face being placed on unpaid leave after refusing to disclose their Covid-19 vaccine status, in a high-stakes game of chicken that comes as the US city grapples with a surge in violent crime.

The stand-off between Chicago mayor Lori Lightfoot and the head of the police union, John Catanzara, has made the city the latest flashpoint in a deeply polarized debate over vaccines and whether governments have the right to mandate them.

Lightfoot has set a deadline of Friday at midnight for all workers employed by the third-largest city in the US to disclose whether or not they have taken a Covid-19 vaccine, or be tested for the virus.

Those who refuse have a few days grace to explain themselves -- but face being placed on unpaid leave and eventually fired.

"I cannot and will not stand idly by while the rhetoric of conspiracy theorists threatens the health and safety of Chicago's residents and first responders," Lightfoot said in a statement.

But Catanzara, head of the Fraternal Order of Police in Chicago, has called on its 13,000 members to stand firm and keep their vaccine status to themselves -- and with murders and shootings on the rise, he believes he has the upper hand.

"I can guarantee you that no-pay status will not last more than 30 days," he told union members in a video, saying that it would affect half or more of the rank-and-file officers.

"There's no way they're going to be able to sustain a police department workforce at 50 percent capacity or less for more than seven days without something budging." 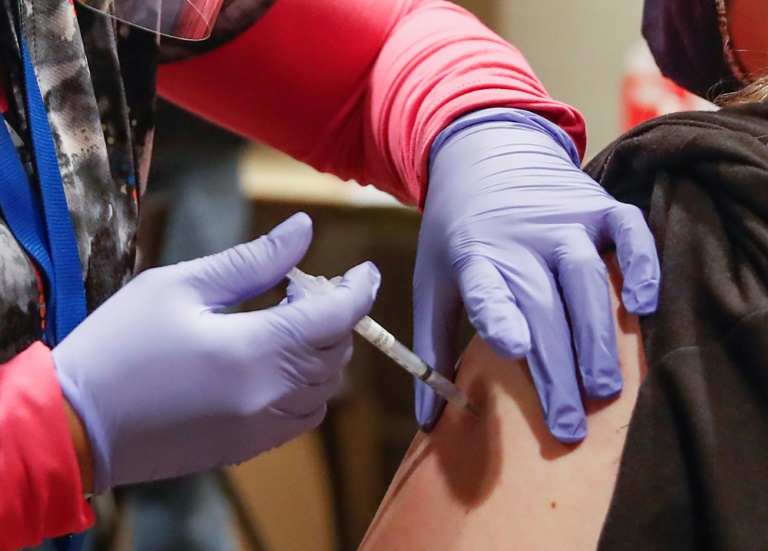 A woman receives a Johnson & Johnson Covid-19 vaccine in Chicago, where the city is requiring all its employees to declare their vaccination status

Catanzara, anxious Chicago officials say, may have a point.

The stand-off comes as the city once again leads the US in murders, with 639 homicides this year through October 13 -- up 55 percent from two years ago.

Shootings are also up 68 percent from two years ago, at 2,866 recorded this year until October 13, according to the Chicago Police Department.

Combine that with the 1,295 carjackings through October 7 -- on pace to break an all-time record -- and the threat of losing much of the police force, even temporarily, has caused a deep sense of unease.

City council member Anthony Napolitano, a former police officer who supports the union's stance, has pointed out that the force is already down about 1,000 officers because of a record number of retirements and a lack of new recruits.

"Criminals know this stuff, they know what's going on," he told the Chicago Sun-Times on Wednesday. "You're gonna see pure melee." 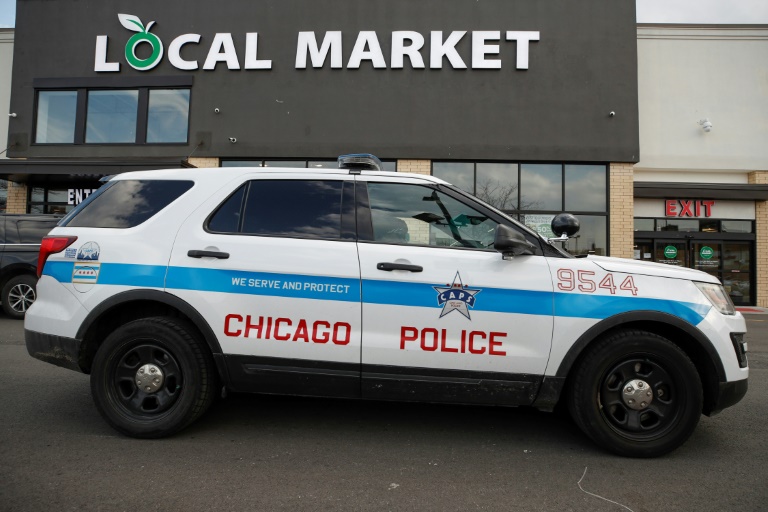 Catanzara has threatened legal action, saying the union will seek a temporary restraining order to stop officials from enforcing the mandate.

But late Thursday the city of Chicago filed an injunctive complaint against him.

In a statement, Lightfoot said Catanzara "has time and again deliberately misled our police officers by lying about the requirements of the policy and falsely claiming that there will be no repercussions if officers are insubordinate and refuse to follow a City and Department directive or order."

Lightfoot also pointed out that state law and the union contract both prohibit striking by Chicago police.

She accused Catanzara of "encouraging an unlawful strike and work stoppage which carries the potential to undermine public safety and expose our residents to irreparable harm, particularly during an ongoing pandemic."

He is digging in even though Covid-19 was the leading cause of death of officers in 2020, and so far in 2021, according to the Officer Down Memorial Page which records law enforcement fatalities.

That is despite the fact that police were among the first groups to have access to the vaccines.

For Chicago police, the numbers are not abstract. One of Catanzara's predecessors, Dean Angelo, who served as head of the union from 2014-2017, died from Covid on Tuesday.