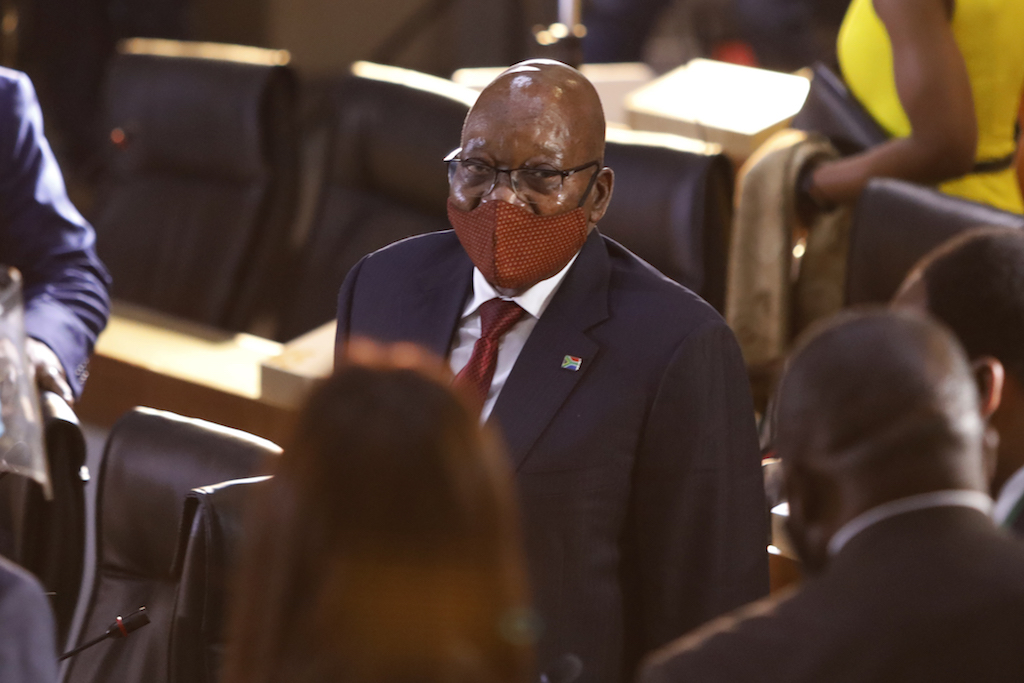 Former president Jacob Zuma arrives at the Commission of Inquiry into State Capture in Johannesburg, on 16 November 2020.

JOHANNESBURG - Former president Jacob Zuma has confirmed that he will not appear before the State Capture Inquiry on Monday.

Zuma's lawyers say his review application to set aside Deputy Chief Justice Raymond Zondo's refusal to recuse himself is still being heard and appearing before the inquiry will undermine this process.

The inquiry has set aside this week to hear the former president's testimony after the Constitutional Court compelled him to testify.

Zuma is believed to be in his homestead in Nkandla.

He's receiving support from scores of ANC members including prominent leaders such as Ace Magashule.

The MKMVA has also come out in his support saying there will be consequences if Zuma is arrested.