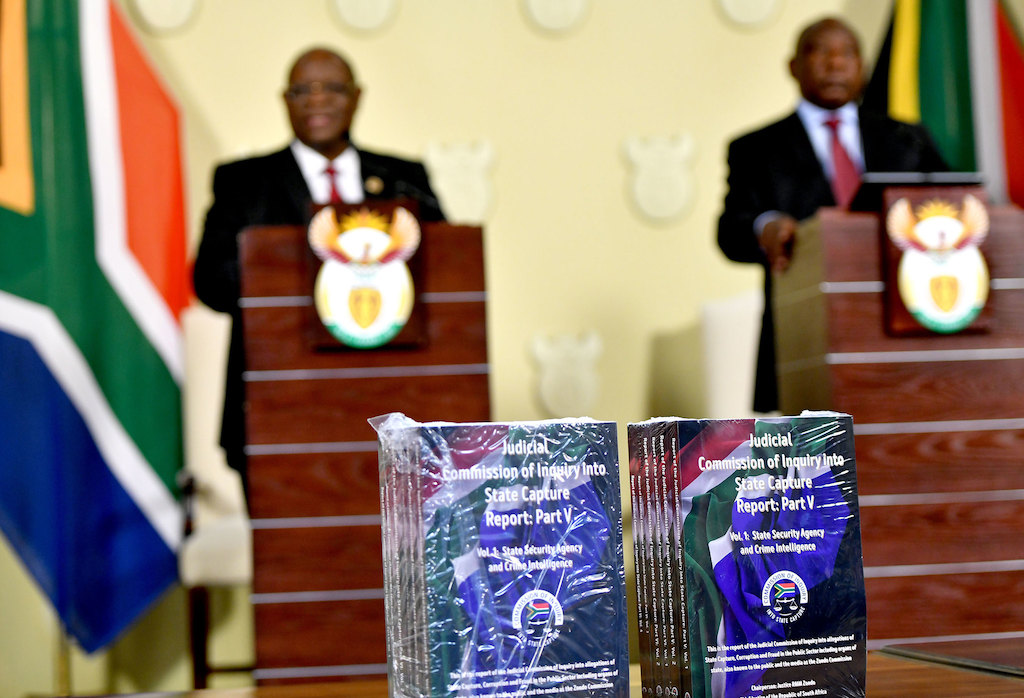 The report was handed over to President Cyril Ramaphosa following several delays. GCIS

PRETORIA - President Cyril Ramaphosa says he will carefully consider all state capture reports now that the final instalment has been handed over.

The report argues Ramaphosa could have prevented further state capture if he had acted with more urgency during his tenure as deputy president.

The report was handed over to the president in Pretoria on Wednesday night following several delays.

All this while his then deputy Ramaphosa looked the other way.

Ramaphosa says he will consider the Commission’s report in its totality.

He's committed to present a comprehensive response and implementation plan to Parliament within the next four months.