A Stellenbosch University student is set to open a criminal case after a white student urinated on his belongings. The incident, which occurred over the weekend, sparked outrage on social media. For more, Masego Rahlaga speaks to the victim's father. Courtesy #DStv403

CAPE TOWN - The father of Stellenbosch university student Babalo Ndwayana is calling on the institution to act decisively.

This after an incident involving Ndwayana sparked outrage on social media.

In a video that's making the rounds, a white student is seen urinating on Ndwayana's belongings.

eNCA spoke to the victim's father, Mkuseli Kaduka, who says the perpetrator has not shown remorse.

READ: Calls for Stellenbosch student to be expelled

''I'm in the Eastern Cape and when such things happen, you want to be by your child's side," he said.

"I appreciate all the attention, hopefully we'll shed light and poke institution to deal with this incident, and we don't have a repeat.

"[The] perpetrator and family did not reach to us at all, I have been pushing for my son to open a case." 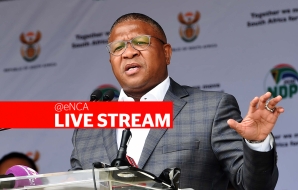