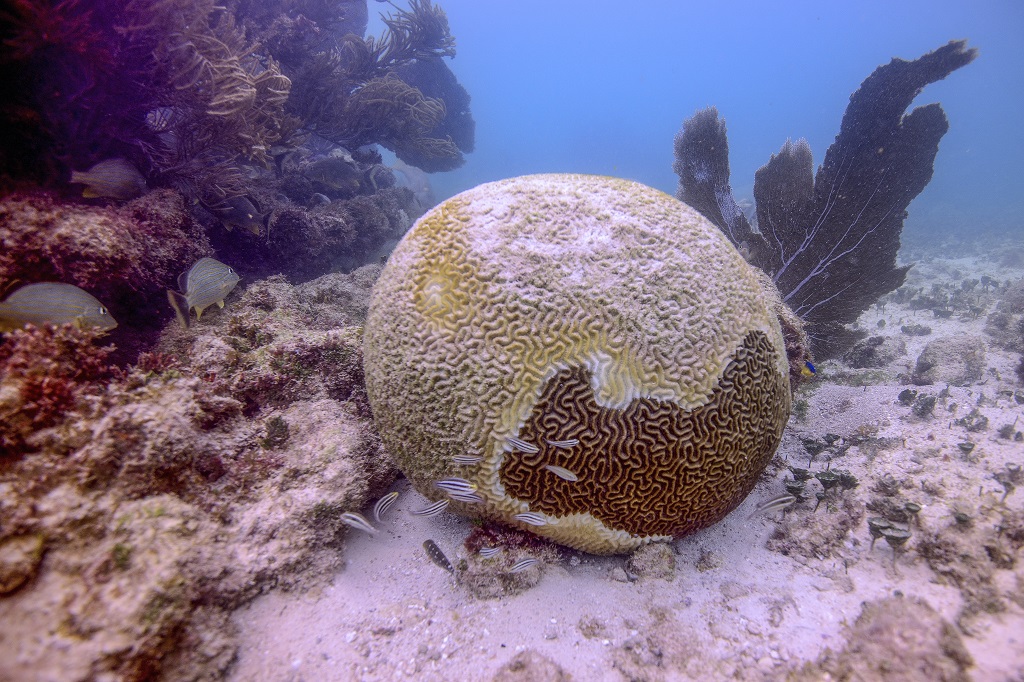 Coral reefs are losing their vibrant colors and turning white due to an unknown disease.

CANCUN - The breathtaking reds, yellows and purples of the Mesoamerican Reef have been turning sickly white, leading researchers on a desperate hunt to understand and fight the mysterious disease killing the Caribbean's corals.

In a little over a year, the Mexican Caribbean has lost more than 30 percent of its corals to a little-understood illness called SCTLD, or stony coral tissue loss disease, which causes them to calcify and die.

Experts warn the disease could kill a large part of the Mesoamerican Reef, a magnificent arc of more than 1,000 kilometers of coral shared by Mexico, Belize, Guatemala and Honduras.

SCTLD has put the region in a bind: it could potentially devastate the vital tourism industry around the reef, the second-largest in the world after Australia's Great Barrier Reef.

And yet, it is highly possible that too much tourism is in fact fueling the problem, scientists say.

SCTLD, which has also been infecting coral off the coast of Florida since 2014, was first detected in the Mexican Caribbean in July last year, near the reef's northern tip.

It has since spread 400 kilometers to the south, reaching Belize and causing more coral loss than ocurred in the past 40 years in the region, according to the environmental group Healthy Reefs for Healthy People.

The disease takes just weeks to kill off coral tissue that took decades to grow, said Melina Soto, the organization's coordinator in Mexico.

"If we keep going at this rate, this ecosystem is going to collapse in the next five to 10 years," she said.