Sudan army to make 'important' announcement after weeks of protests 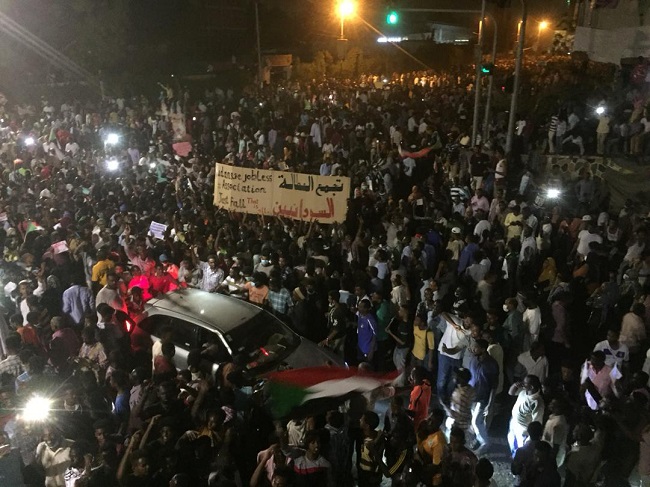 Sudanese demonstrators chant slogans as they gather at night during a demonstration in front of the military headquarters in the capital Khartoum on April 10, 2019.

SUDAN - The Sudanese army was on Thursday planning to make "an important announcement", state media said, after months of protests against longtime leader President Omar al-Bashir.

Thousands of Khartoum residents chanted "the regime has fallen" as they flooded the area around army headquarters where protesters have held an unprecedented sit-in now in its sixth day.

WATCH: ICC rules SA had a duty to arrest Bashir

"The Sudanese army will issue an important statement soon. Wait for it," the state television anchor said, without giving further details.

The protests, which erupted in December, have become the biggest challenge yet to Bashir's three decades of iron-fisted rule.

"We are waiting for big news," one protester told AFP from the sit-in.

"We won't leave from here until we know what it is. But we do know that Bashir has to go.

"We had enough of this regime -- 30 years of repression, corruption, rights abuses, it's enough."

There has been an often festive mood at the sit-in with protesters singing dancing to the tunes of revolutionary songs.

And witnesses said many army vehicles carrying troops were deploying in the centre of Khartoum early Thursday.

The group spearheading the nationwide demonstrations urged residents of the capital to mass outside army headquarters.

"We call on our people from across the Khartoum capital and the region around to immediately go to the sit-in area and not leave from there until our next statement is issued," the Sudanese Professionals Association said.