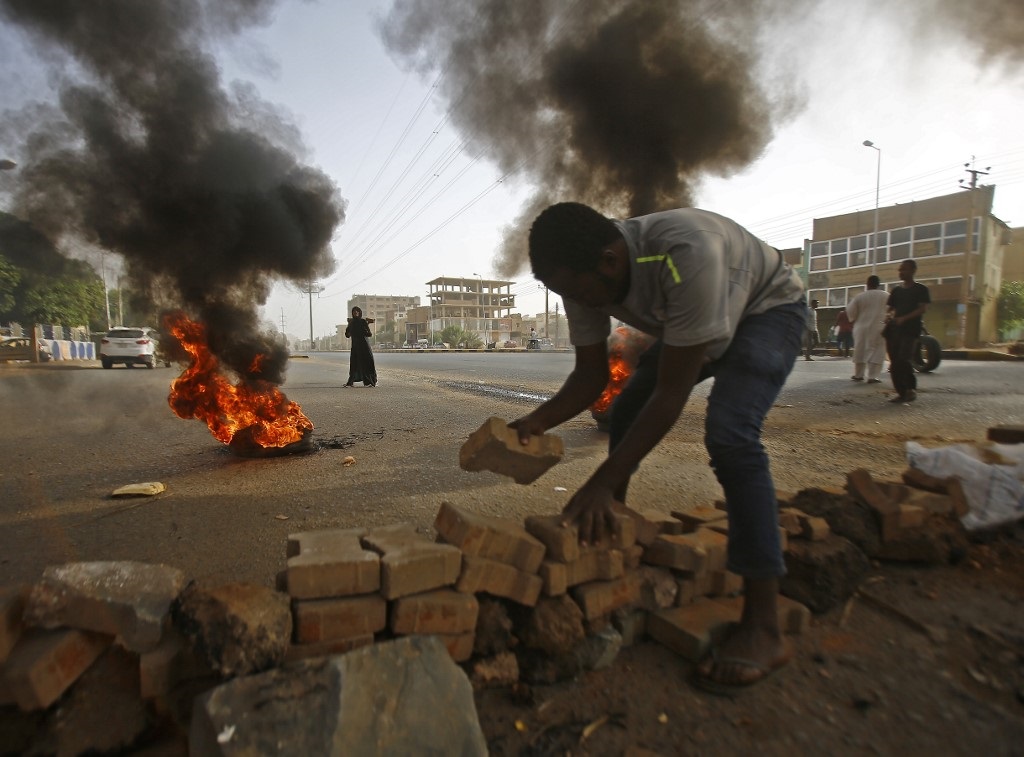 A Sudanese protester uses pavers to block Street 60 as military forces tried to disperse a sit-in outside Khartoum's army headquarters on June 3, 2019.

KHARTOUM - Sudan's army ruler General Abdel Fattah al-Burhan said on Tuesday the country's military rulers had decided to cancel what they had previously agreed with protesters about the country's transition and called for elections within nine months.

It came after Sudan's military forcefully broke up a weeks-long sit-in outside Khartoum's army headquarters calling on the country's ruling generals to hand over to civilian rule, leaving more than 30 dead.

"The Military council decides on the following: cancelling what was agreed on and stopping negotiating with the Alliance for Freedom and Change, and to call for general elections within a period not exceeding nine months," Burhan said in a statement broadcast on state television early on Tuesday.

Burhan added the election would take place under "regional and international supervision".

The Transitional Military Council ousted president Omar al-Bashir in April after months of protests against his authoritarian rule.

It had agreed a three-year transition period for transferring power to a civilian administration and that parliament be composed of 300 members for the transition, with around two-thirds from the protest alliance and the rest drawn from other political groups before talks broke down on May 20.

Thousands of people remained camped outside the military headquarters calling for the generals to cede power before security forces used force to break up the sit-in, leaving some 30 people dead and hundreds wounded, according to doctors close to the protesters.

It drew sharp international criticism, with both the US and the UN condemning the breaking up of the sit-in.

The UN Security Council will meet behind closed doors on Tuesday to discuss Sudan after Britain and Germany requested the talks, diplomats said.

The Alliance for Freedom and Change had announced "the end of all political contact and negotiations with the putschist Council" following the deaths.

Burhan said that the military council would order an investigation into it.

"The military council promises an investigation into today's events and invites the general prosecutor to take that over," he said in the address.