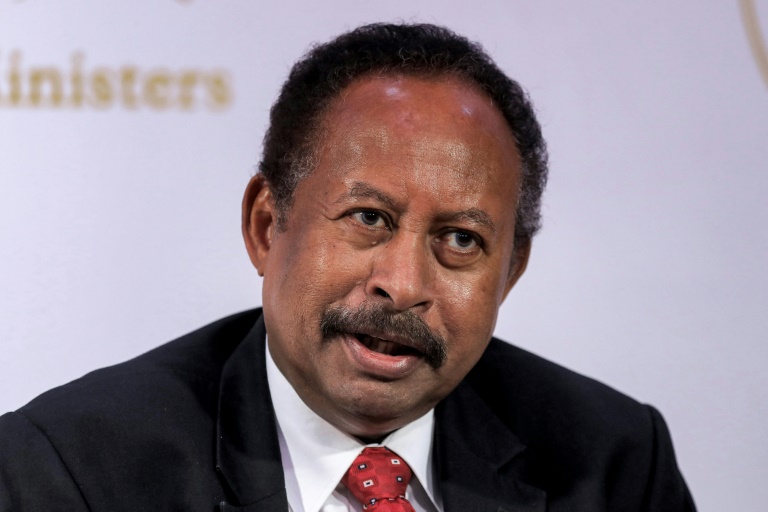 KHARTOUM - Prime Minister Abdalla Hamdok hopes Sudan can wipe out its staggering $60 billion foreign debt bill this year by securing relief and deals at an upcoming Paris conference that could bring much-needed investment.

The seasoned UN economist-turned-premier took office at the head of a transitional government shortly after the 2019 ouster of president Omar al-Bashir whose three-decade iron-fisted rule was marked by economic hardship, deep internal conflicts, and biting international sanctions.

In the past two years, Hamdok and his government have pushed to rebuild the crippled economy and end Sudan's international isolation.

"We have already settled the World Bank arrears, those of the African Development Bank, and in Paris, we will be settling the International Monetary Fund arrears," Hamdok told AFP at his office in Khartoum.

Arrears due to the African Development Bank were cleared through a bridging loan worth $425 million from Sweden, Britain and Ireland, while debts to the World Bank were paid off with a $1.1 billion bridging loan from the US.

"Paris also is home to the Paris Club, our biggest creditors... and we will be discussing debt relief with them," Hamdok said.

Sudan's debts to the Paris Club, which includes major creditor countries, is estimated to make up around 38 percent of its total $60-billion foreign debt.

Hamdok and top Sudanese officials will be attending Monday's Paris conference along with by French President Emmanuel Macron, and World Bank and IMF representatives.

The aim is to draw investments to Sudan including in the energy, infrastructure, agriculture and telecommunications sectors.

"We are going to the Paris conference to let foreign investors explore the opportunities for investing in Sudan," Hamdok said.

"We are not looking for grants or donations."

Sudan was taken off Washington's blacklist of state sponsors of terrorism in December, removing a major hurdle to foreign investment.