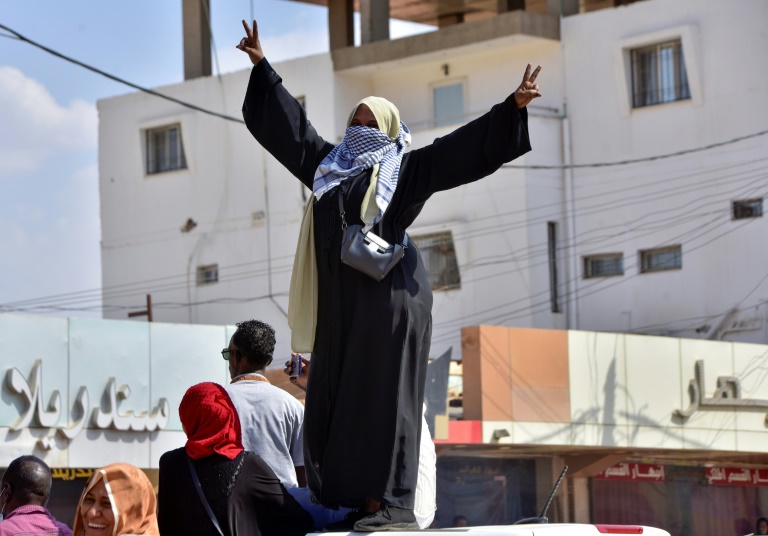 A Sudanese woman takes part in a protest in Khartoum Bahri to demand the government's transition to civilian rule, one of tens of thousands who took to the streets in recent days

KHARTOUM - Mass protests in Sudan show strong support for a civilian-led democracy, but analysts warn street demonstrations may have little impact on powerful factions pushing a return to military rule.

Under a 2019 power-sharing deal after the ouster of long-time dictator Omar al-Bashir, Sudan is ruled by a sovereign council of civilian and military representatives tasked with overseeing a transition to a full civilian government.

But cracks in the leadership are growing wider.

On Thursday, tens of thousands of Sudanese marched in several cities to back the full transfer of power to civilians, and to counter a rival days-long sit-in outside the presidential palace in the capital Khartoum demanding a return to "military rule". 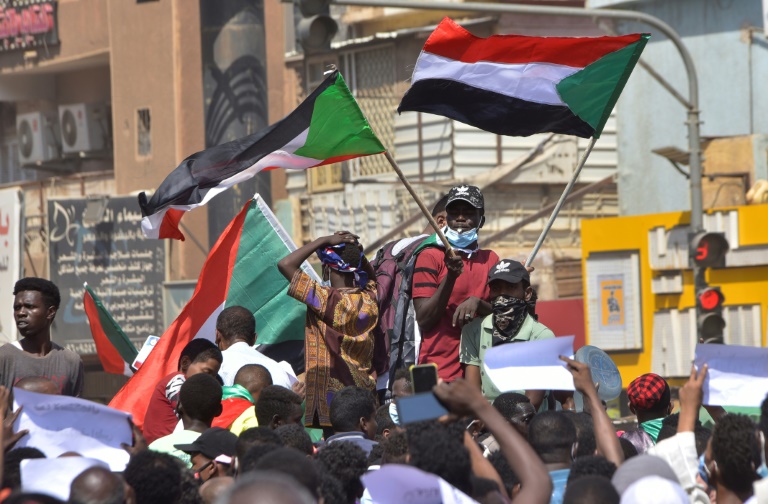 Protesters backing civilian rule demonstrate in Sudan; the two sides represent opposing factions of the Forces for Freedom and Change (FFC), which spearheaded demonstrations that led to the army's overthrow of Omar al-Bashir

The two sides represent opposing factions of the Forces for Freedom and Change (FFC), the civilian umbrella group which spearheaded demonstrations that led to the army's overthrow and jailing of Bashir.

"The protests were an explicit rejection of the prospect of a military rule, and an emphasis that the transition to civilian rule remains the goal," Sudanese analyst Othman Mirghani told AFP.

But, "despite their size, they have little impact on the political reality at play," he added. 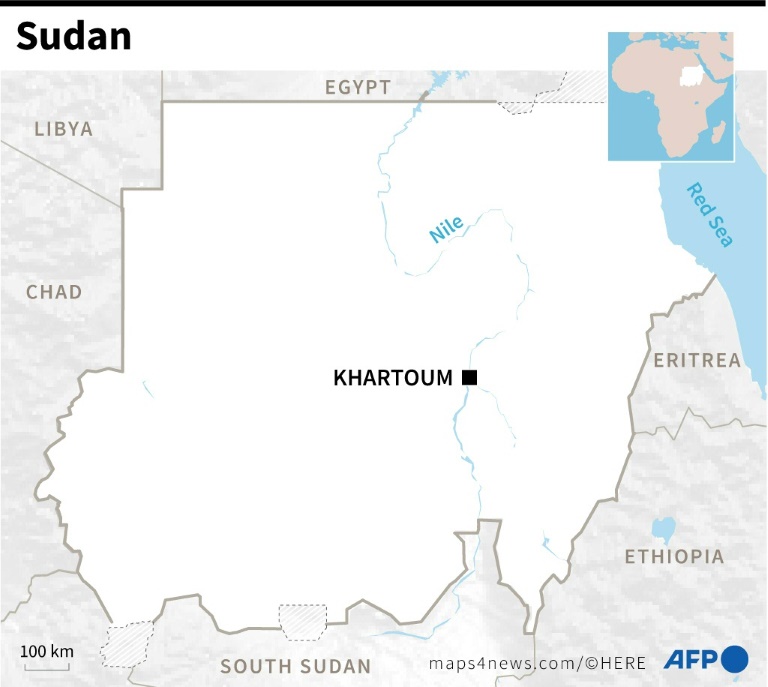 Critics have charged that the rival sit-in has been orchestrated by senior figures in the security forces, Bashir sympathisers and other "counter-revolutionaries".

But it has drawn support from some of those hit hard by tough International Monetary Fund-backed economic reforms implemented by Prime Minister Abdalla Hamdok, a former UN economist.

Sudan's precarious transition has been marred by political splits and power struggles among factions at the helm of the transition.

"The FFC's own divisions, that detract from their ability to govern, are making it easy for the military and the FFC breakaway group to point to poor performance as reason to dissolve the government," said Jonas Horner of the International Crisis Group.

Even ministers within Hamdok's cabinet have expressed support for rival camps. 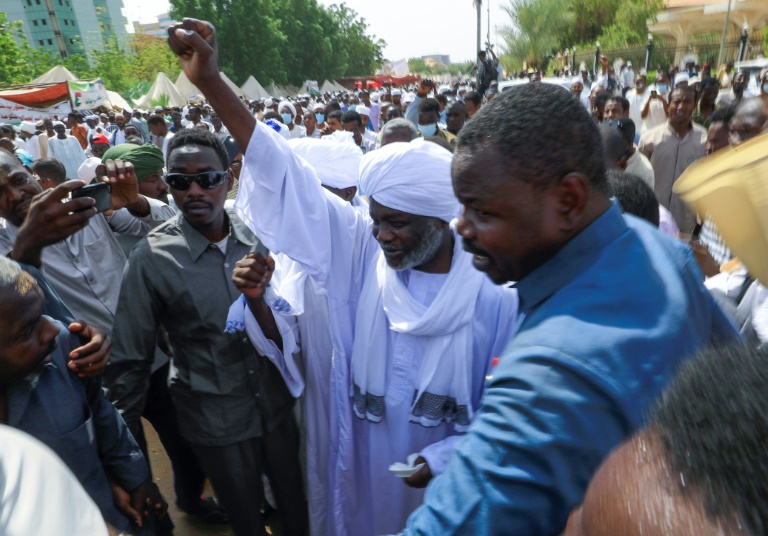 Finance Minister Gibril Ibrahim -- an ex-rebel leader from Darfur, who joined the government after a landmark 2020 peace deal -- took part in Friday prayers at the pro-military sit-in

On Friday, Finance Minister Gibril Ibrahim -- an ex-rebel leader from Darfur, who joined the government after a landmark 2020 peace deal -- took part in Friday prayers at the pro-military sit-in.

Perthes urged for a "return to dialogue and (to) build on achievements of the transitional period." 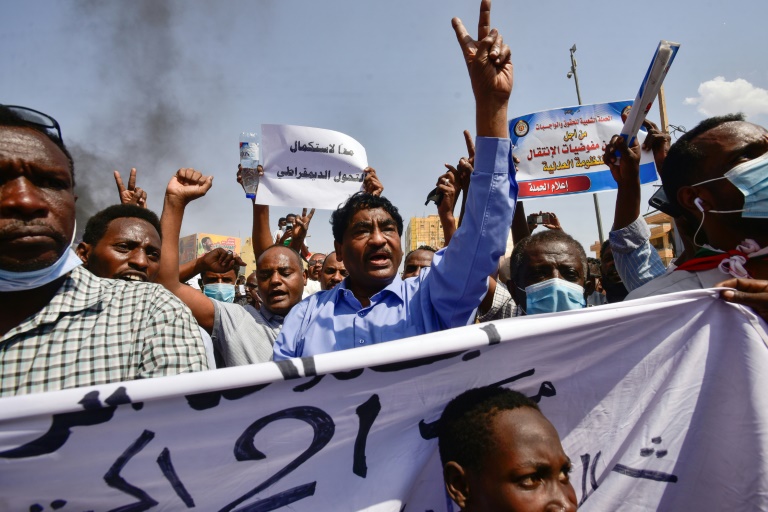 Tensions between the two sides have long simmered, but divisions ratcheted up after a failed coup on September 21.

Popular support for the government led by Hamdok, who was picked in 2019 by a once-united FFC, has also waned over a tough raft of economic reforms that took a toll on ordinary Sudanese.

Delays in delivering justice to the families of those killed under Bashir, and even during the 2019 protests following his ouster, have left Hamdok vulnerable to criticism.

And since mid-September, the government has been criticised for its handling of anti-government protests in the east -- resulting in a blockade of the country's key maritime trade hub of Port Sudan, triggering shortages nationwide.

"Hamdok and the FFC have failed to meet people's expectations," said Mirghani.

"Thursday's protests were not particularly backing them, as much as simply asserting revolutionary goals."

The security forces -- including the regular Sudan Armed Forces (SAF) and the much-feared paramilitary Rapid Support Forces (RSF) -- have maintained a powerful hold, and are heavily involved in everything from outlining foreign policy to running lucrative companies.

"The military -- both SAF and RSF - are newly determined not to relinquish their political and economic power," said Horner, but added that the main protests can still be a counterweight to their strength.

"Popular opposition has, and can continue, to keep the military at bay," Horner said.