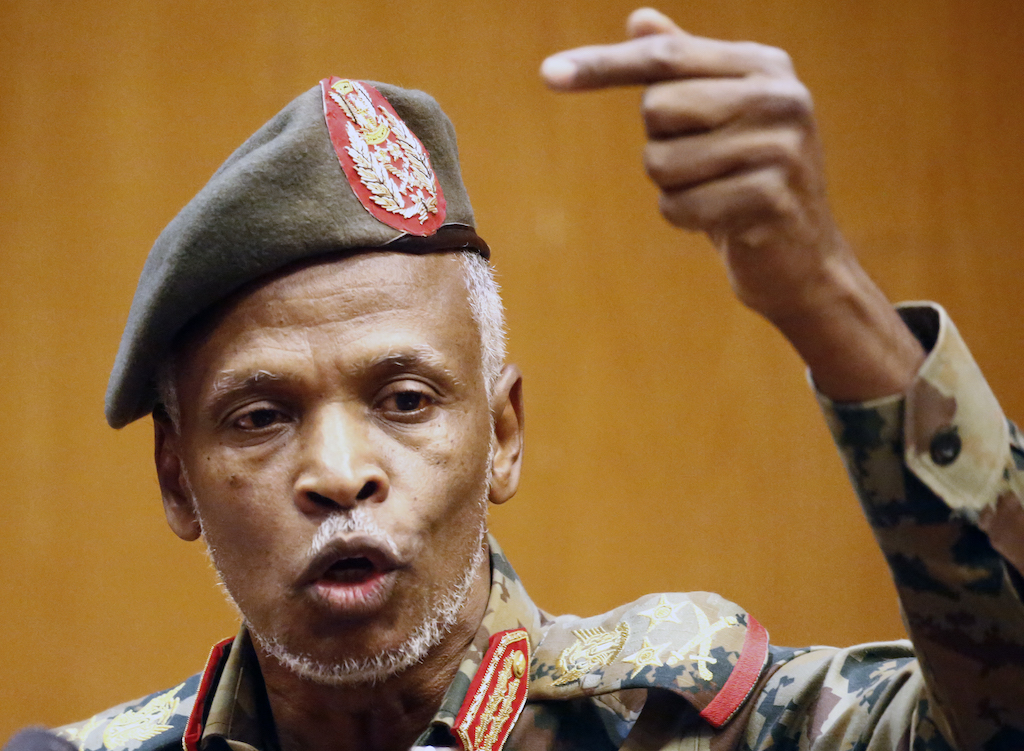 KHARTOUM - Sudan's ruling military council on Friday promised the country would have a new civilian government, a day after the armed forces overthrew President Omar al-Bashir, but the proposal was immediately rejected by the main protest group.

The council, which is now running Sudan under Defence Minister Mohammed Ahmed Awad Ibn Auf, said it expects a pre-election transition period it announced on Thursday to last two years at most or much less if chaos can be avoided.

The council also announced that it would not extradite Bashir to face allegations of genocide at the international war crimes court. Instead, he may go on trial in Sudan.

Friday's announcement of a civilian government by the head of the military council's political committee, General Omar Zain al-Abideen, appeared aimed at reassuring angry demonstrators who took to the streets to warn against imposing army rule after Bashir's overthrow.

But the main protest group rejected the proposal, saying the military council was "not capable of creating change".

In a statement, the Sudanese Professionals Association restated its demand for power to be handed immediately to "a transitional civilian government".

Abideen pledged that the military council would not interfere with a civilian government. However, he said the defence and interior ministries would be under the council's control.

The military council is headed by Ibn Auf, who was Bashir's vice president and defence minister and is among a handful of Sudanese commanders sanctioned by Washington for his role during the atrocities committed in the Darfur conflict.

Abideen said the military council had no solutions to Sudan's crisis and these would come from the protesters, adding that it plans to hold a dialogue with them.

"We are the protectors of the demands of the people," he said. "We are not greedy for power."

"We will not dictate anything to the people. We want to create an atmosphere to manage a peaceful dialogue," Abideen said. "Today, we will hold a dialogue with the political entities to prepare a climate for dialogue."

The council said it did not invite Bashir's National Congress Party to join the dialogue because "it is responsible for what happened”.

It pledged to work with the new government to solve Sudan's massive economic problems but warned protesters that the army would not tolerate unrest.