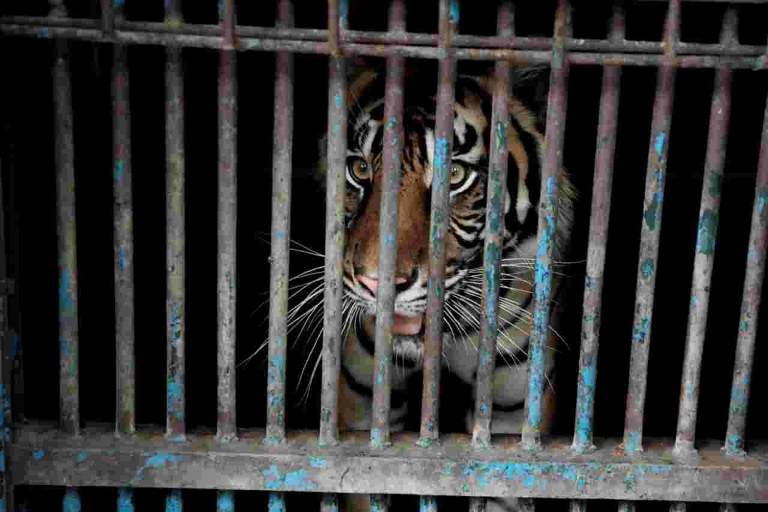 The tigers tested positive in mid-July after they experienced flu-like symptoms, trouble breathing and appetite loss

JAKARTA - Two Sumatran tigers were recovering at a Jakarta zoo after being infected with coronavirus, Indonesian officials said Sunday, as they probed how the critically endangered animals got sick.

But the male tigers were on the mend after treatment.

"Both animals are healthy now," Suzi Marsitawati, head of Jakarta's Parks and Forest Service, said in a statement.

"Their appetite has returned to normal and they are active again."

Ragunan Zoo has been closed since June as Covid-19 cases soar nationwide.

"We traced all the nurses and zookeepers (in contact with the tigers) and at the time they were sick, nobody was infected with Covid-19," Marsitawati said.

"So we are still trying to find the source."

Indonesia has been struggling to control its deadliest Covid-19 outbreak since the pandemic began as the highly infectious Delta variant tears across the archipelago.

The country has reported more than 3.4 million cases and 94,119 virus deaths, but the official tally is widely believed to be a severe undercount, due to low testing and tracing rates.