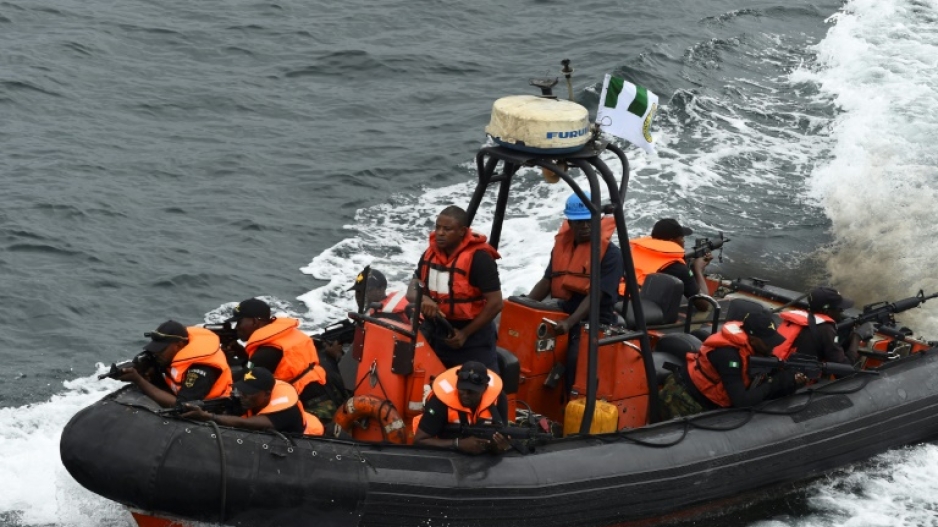 Special forces of the Nigerian navy during the five-day joint military exercise on fighting piracy between Nigeria and French navy. AFP/Pius Utomi Ekpei

NEW YORK - The surge of maritime piracy in Africa's Gulf of Guinea is not just a threat to foreign ship and cargo owners, but also carries significant costs for the coastal nations, a new UN report said Tuesday.

The newest hotspot for piracy saw 106 incidents in 2020 with 623 seafarers affected by kidnapping, according to the report, "Pirates of the Gulf of Guinea: A Cost Analysis for Coastal States."

The report, made together with the Stable Seas research group, said that most of the direct costs of the kidnappings and ship seizures would be borne by foreigners, with some $5-million paid last year for kidnappings of mostly non-African ship crew members.

READ: Attacks at sea aren't all linked to piracy. Why it's important to unpick what's what

But it said the countries along the Gulf of Guinea coast will pay far more than that to deal with the rise in piracy, from expanded patrols to rescue missions to greater security costs in ports.

The report estimates that those costs could be more than $1.9-billion annually, diverting important resources from other crucial needs.

"After considering indirect financial damages and opportunity costs, it becomes clear that Gulf of Guinea nations have the most to gain from reducing piracy and armed robbery in the region," the report said.

"The frequency and violence of these attacks has preoccupied navies that could be addressing other maritime security threats, discouraged foreign investment, weakened state control of coastal and offshore areas, slowed the development of the blue economy, emboldened illicit traders and illegal fishers, and terrorized seafarer communities," it said.

"This has exacted a financial and human cost to Gulf of Guinea states that, to this point, has been seen as secondary to the costs borne by multinational shipping companies and non-African entities."

The report was released nearly two weeks after a Danish naval patrol killed four pirates in an exchange of fire off the coast of Nigeria in the piracy hotspot.

Anniken Huitfeldt, Norway's minister of foreign affairs, told officials at the Untied Nations Tuesday that the number of attacks had declined this year, possibly due to an increase in international patrolling and the Nigerian Deep Blue Project, a maritime security project.

However, she said, "We have seen more brutal attacks where a larger number of seafarers have been kidnapped."