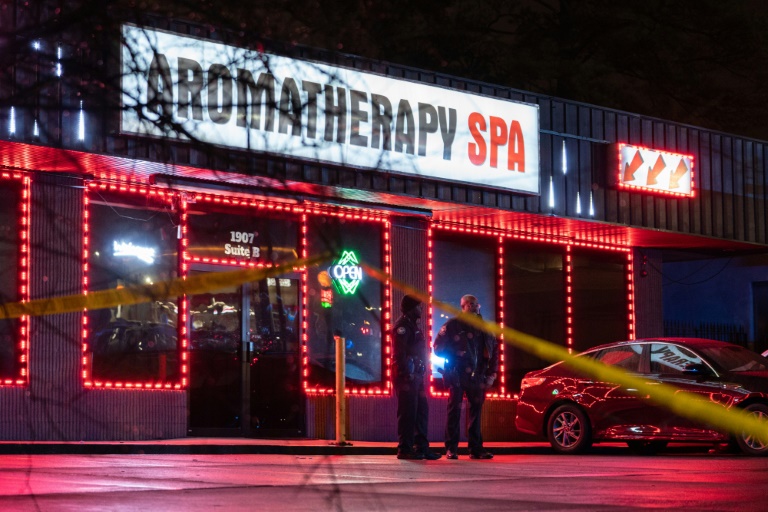 A massage parlor where a person was shot and killed on March 16, 2021, in Atlanta, Georgia

ATLANTA - A 21-year-old gunman with a "sex addiction" has taken responsibility for killing eight people in spas around the US city of Atlanta, but denied a racial motive to the attacks that shook the country's Asian community, police said Wednesday.

Six of the victims of Tuesday night's killings were of Asian origin, exacerbating concerns over a surge in violence targeting the community during the pandemic.

Authorities however stressed they had not determined the motive of the shooter, identified as Robert Aaron Long, a white man who is believed to have acted alone.

"The suspect did take responsibility for the shootings," Captain Jay Baker of the Cherokee County Sheriff's Office told a news conference.

"This is still early, but he does claim it was not racially motivated," the officer added.

"He apparently has an issue, what he considers a sex addiction, and sees these locations as... a temptation for him that he wanted to eliminate."

After he was detained, "he made a comment... that he was headed to Florida and that he was going to do similar acts in that state," Baker said.

Adriana Mejia, niece of one of the victims, said the family was "devastated" after her uncle was shot and that they were praying for his recovery.

Vice President Kamala Harris said that while the motive remained unclear, the latest mass shootings spoke "to a larger issue which is violence in our country."

"I do want to say to our Asian-American community that we stand with you and understand how this has frightened and shocked and outraged all people," Harris said.

Four of the victims were killed at Young's Asian Massage near Acworth, an Atlanta suburb.

Police separately confirmed that four women had been killed in attacks on two other spas in the northeast of the city.

Cherokee County Sheriff Frank Reynolds said the normally quiet commuter suburb had experienced few murders and Tuesday's violence was "a shock to all of us". 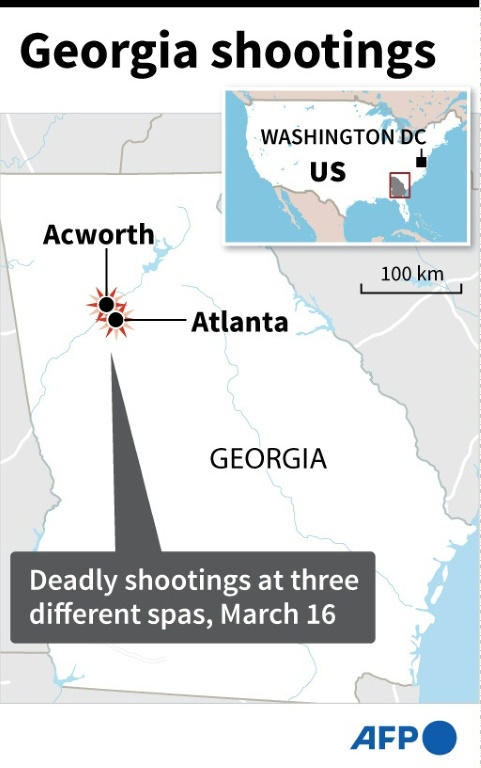 Police told the Atlanta Journal-Constitution that all four were Asian women.

South Korea's Yonhap News Agency reported the country's foreign ministry had confirmed that four of the victims were of Korean descent.

The shootings come as reports of attacks against Asian-Americans, primarily elders, have spiked in recent months -- fueled during the Covid-19 pandemic, activists believe, by talk of the "Chinese virus" by former president Donald Trump and others.

Former president Barack Obama said on Twitter that while the shooter's motive was not yet clear, "the identity of the victims underscores an alarming rise in anti-Asian violence that must end."

News of the shootings came just hours after the release of a report by the advocacy group Stop AAPI Hate suggested a marked increase in hate crimes against Asia-Americans -- with women disproportionately affected.

In a tally of incidents reported to the group between March 2020 and February this year, almost 70 percent of Asian-American survey respondents said they had faced verbal harassment and just over one in 10 said they had experienced physical assault.

The state of Georgia, which has Atlanta as its capital, is home to nearly 500,000 people of Asian origin, or just over four percent of its population, according to the Asian American Advocacy Fund. 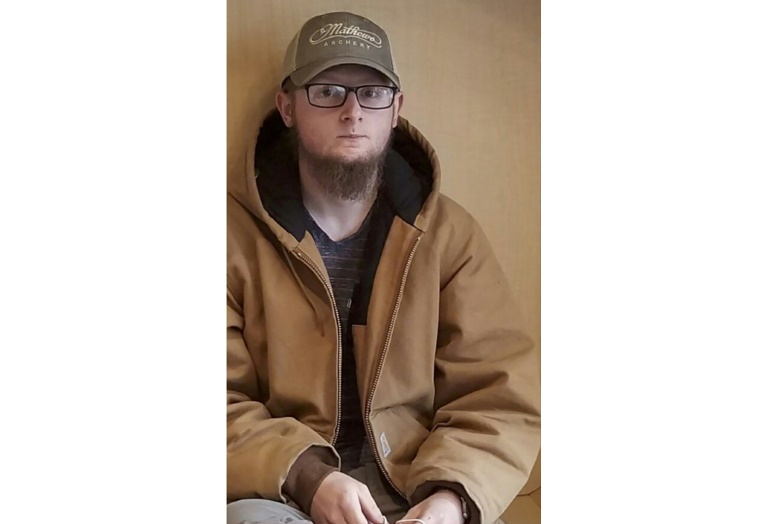 "My heart is broken tonight after the tragic violence in Atlanta that took eight lives," he said.

"Praying for the families of the victims and for peace for the community." 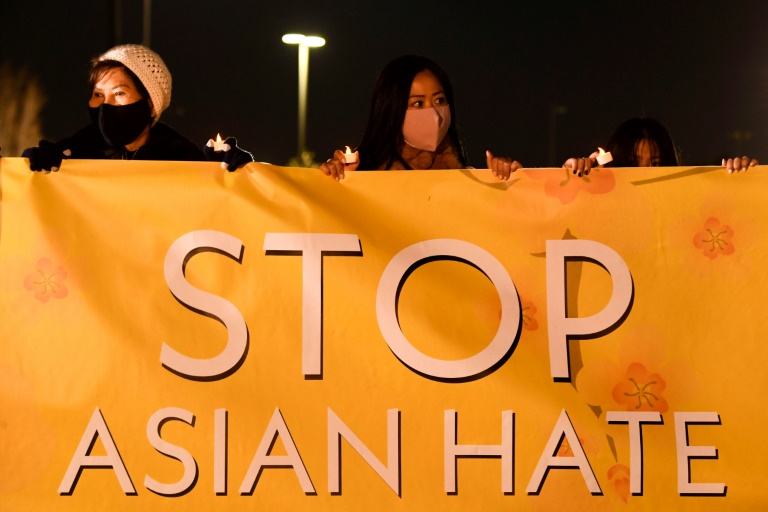 "As details continue to emerge, this attack sadly follows the unacceptable pattern of violence against Asian Americans that has skyrocketed throughout this pandemic," said Congresswoman Nikema Williams, who is also the state party's chairwoman.

In an address to the nation last Thursday, President Joe Biden forcefully condemned what he called "vicious hate crimes against Asian-Americans who have been attacked, harassed, blamed and scapegoated."