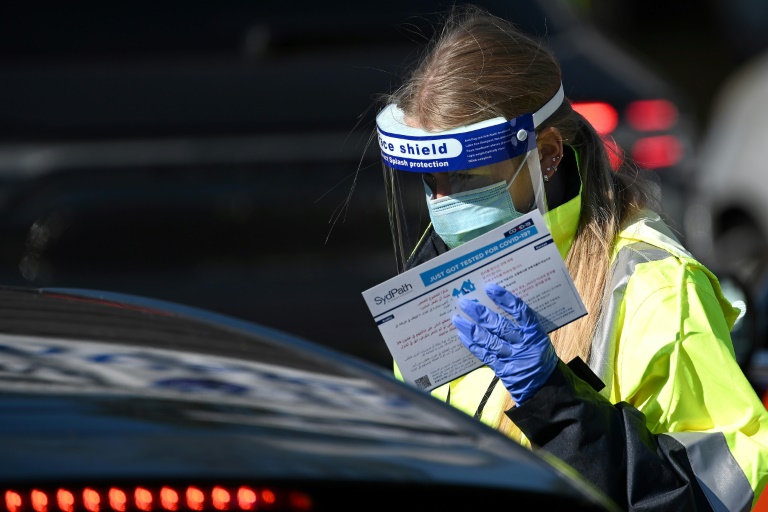 The coronavirus has repeatedly escaped quarantine hotels in Australia, and experts say outbreaks will continue until large numbers of Australians are vaccinated

SYDNEY - Sydneysiders were largely banned from leaving the city Wednesday as Australian authorities rushed to stop a growing outbreak of the highly contagious Delta Covid-19 variant from spreading to other regions.

More than 30 people have been diagnosed with Covid-19 since the cluster emerged in the city's Bondi Beach area last week, the latest in a string of flare-ups that highlight Australia's difficulty in extinguishing outbreaks.

New South Wales state Premier Gladys Berejiklian announced new restrictions that will apply for the next week, including the immediate ban on non-essential travel out of Sydney and limits on social gatherings.

A "very huge proportion" of Sydney's five million residents are subject to the travel ban, which applies to seven local government areas where Covid-19 cases have been detected, she said.

Authorities stopped short of ordering the closure of restaurants and bars, but singing and dancing are out, while major events can still go ahead with stadium capacity limited to 50 percent.

Officials pleaded with Sydney residents to follow the new rules.

"I know from my experience ... there is a degree of tiredness and a degree of apathy about the response to the virus," said NSW Health Minister Brad Hazzard.

"But in a sense, this is a new and more dangerous version of the virus and that apathy has to be swept away."

Australia has been among the world's most successful countries in containing Covid-19, with just over 30,000 cases and 910 deaths.

The latest outbreak has been linked to a driver for international flight crews who contracted the Delta variant of the virus, which was first identified in India.

New Zealand authorities also tightened Covid-19 restrictions in Wellington after a Sydney man who visited the capital over the weekend tested positive when he returned home.

The virus has repeatedly escaped Australian hotels used to quarantine returning travellers, and health experts say the outbreaks will continue until large numbers of Australians are vaccinated.

Roughly 6.7 million doses have been administered to date in a population of 25 million, with only a small fraction of those having received both jabs.