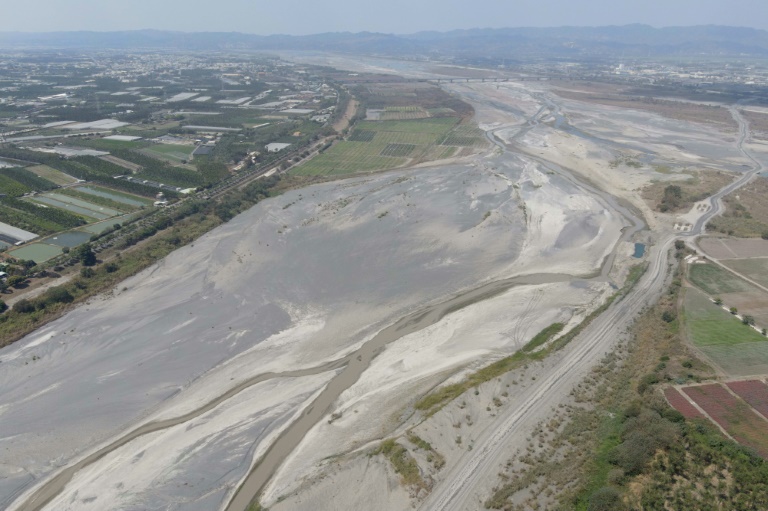 TAIPEI - More than one million households and businesses in Taiwan's heavily industrialised central regions were put on water rationing Tuesday, as the island battles its worst drought in 56 years.

The shortage is expected to particularly impact the water-intensive microchip manufacturing sector during a global shortage of semiconductors that power everything from cars to iPhones and computers.

The state water company is now cutting supplies in Taichung, Miaoli and northern Changhua county for two days a week, with the government warning it must "prepare for the worst".

On rationing days, various restrictions are in place, including no shampoo treatments at hair salons and no car washes at gas stations.

The dry spell comes after no typhoons made landfall in Taiwan last year for the first time in 56 years.

In southern Tainan city, water levels at the island's largest reservoir Tsengwen were less than 12 percent, while the Baihe reservoir was completely dry, according to the Water Resources Agency.

READ: At least 51 dead as Taiwan train derails in tunnel

The worsening water shortage could hamper the island's plan to plug worldwide, pandemic-driven microchip shortages by ramping up production.

Taiwanese high-tech chip foundries are some of the world's biggest and most advanced, and European and American car manufacturers have been reaching out to Taipei for help.

Tougher restrictions imposed from February have seen factories and industrial zones forced to slash water usage by up to 15 percent in some central and southern parts of the island.

Two major science parks in central Taichung city where much of the high-tech businesses are located are not subject to rationing, officials said.

"If there is no monsoon or typhoon coming, water rationing will have to continue or expand and we will have to take further responsive measures," she said at a city government meeting.

Taiwan last imposed water rationing in 2015 until heavy rains brought by a typhoon eased the drought.