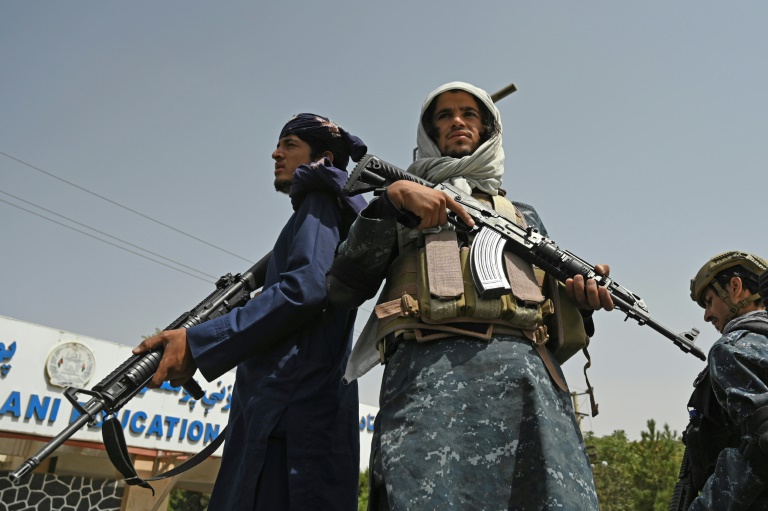 On the 20th anniversary of 9/11, the Taliban were once more firmly in control of Afghanistan

KABUL - Afghanistan marked the 20th anniversary of 9/11 in muted fashion Saturday with the Taliban firmly in charge, two decades after being ousted for hosting the architects of the US attacks.

The hardline Islamists retook power on August 15, after a lightning offensive that capitalised on the chaotic last weeks of the 20-year US-led occupation that followed the deadly 2001 attacks.

In a sign that things were returning to normal, Pakistan International Airlines (PIA) said it would resume flights to Kabul from Monday, the first foreign commercial service since the Taliban seized power last month.

And in a carefully orchestrated publicity stunt, hundreds of fully veiled women staged a rally at a Kabul university to profess support for the Taliban, just days after public protests against their rule were banned.

Unconfirmed reports had circulated all week that the Taliban may use the September 11 anniversary to swear in their new government, but the day unfolded without formal recognition.

"This is a day for America, not for Afghanistan," said Muhammad Alzoad, a bank clerk.

"This was nothing to do with Afghanistan, but it made us suffer."

The attacks against the United States were planned by Al-Qaeda chief Osama bin Laden, who had taken refuge in Afghanistan after the Taliban took power in 1996.

When the Taliban refused to hand him over, the US led a massive invasion and installed a new government that became utterly dependent on Western aid and support for survival.

The Taliban have promised a milder form of rule this time, but have moved swiftly to crush dissent -- firing in the air to disperse protests by women last week calling for the right to education and work.

Taliban fighters have violently put down protests that broke out against their rule in Kabul and elsewhere in recent days, shooting two people dead.

They also detained and brutally beat some journalists who covered the protests, before outlawing demonstrations unless permitted by the justice department.

On Saturday, however, dozens of women dressed head-to-toe in black abayas and face-covering niqabs were allowed to rally in support of the Taliban. 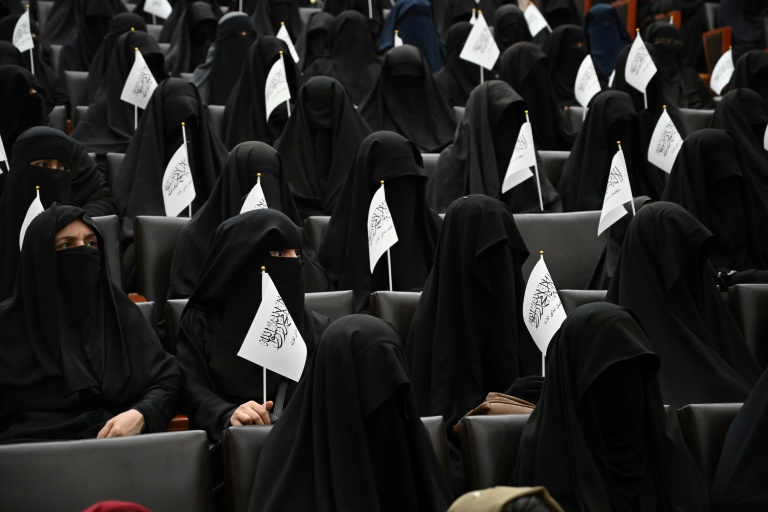 Around 300 women gathered in a lecture hall to hear speakers extol the virtues of Taliban rule, with dozens staging a rally on Kabul's streets afterwards

Around 300 similarly dressed women first met at a lecture hall of a Kabul university to hear speakers extol the virtues of Taliban policies.

Women were largely excluded from public life -- including work and education -- under the Taliban's 1996-2001 regime.

This time, the Taliban have said women will be allowed to attend university as long as classes are segregated by sex or at least divided by a curtain.

"Those not wearing the hijab are harming all of us," said one female speaker Saturday, referring to the headscarves worn by many Muslim women.

"We are supporting our government with all our strength," said another.

After the speeches, the women held banners and walked in organised lines for a short distance on the street outside, flanked by Taliban soldiers carrying rifles and machine guns.

Also on Saturday, PIA said it was resuming flights to and from Kabul, but added the schedule would depend on demand.

"We have got all technical clearances for flight operations," PIA spokesman Abdullah Hafeez Khan told AFP.

"Our first commercial plane... is scheduled to fly from Islamabad to Kabul on September 13."

Kabul airport was severely damaged during the evacuation of over 120,000 people, which ended with the withdrawal of US forces on August 30.

The Taliban have been scrambling to get it operating again with Qatari technical assistance. 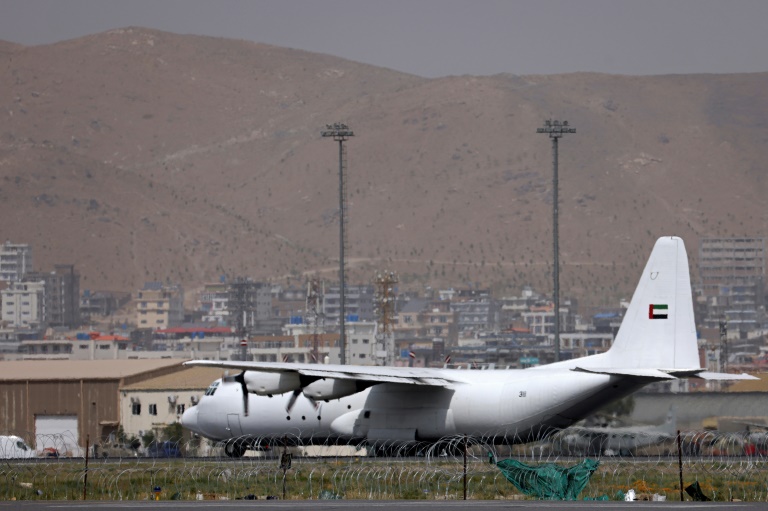 In the last two days, Qatar Airways has operated two charter flights out of Kabul, carrying mostly foreigners and Afghans who missed being taken out during the evacuation.

Two planes from the United Arab Emirates landed on Saturday carrying aid supplies including meat, powdered milk, cooking oil and other supplies, an AFP team on board said.