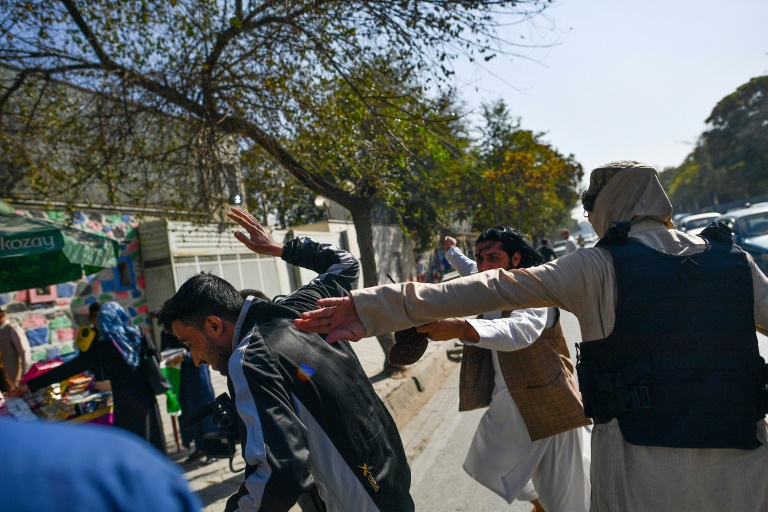 KABUL - The Taliban struck several journalists to prevent media coverage of a women's rights protest in Kabul on Thursday.

Wearing colourful headscarves they chanted slogans including: "Don't politicise education", as traffic drove by shortly before 10 am.

The women held placards saying: "We don't have the rights to study and work", and" "Joblessness, poverty, hunger", as they walked with their arms in the air.

The Taliban authorities allowed the women to walk freely for around an hour and a half, AFP journalists saw.

However, one foreign journalist was struck with the butt of a rifle by one Taliban fighter, who swore and kicked the photographer in the back as another punched him.

At least two more journalists were hit as they scattered, pursued by Taliban fighters swinging fists and launching kicks.

Zahra Mohammadi, one of the protest organisers, told AFP the women were marching despite the risks they face.

"The situation is that the Taliban don't respect anything: not journalists -- foreign and local -- or women," she said.

"The schools must reopen to girls. But the Taliban took this right from us." 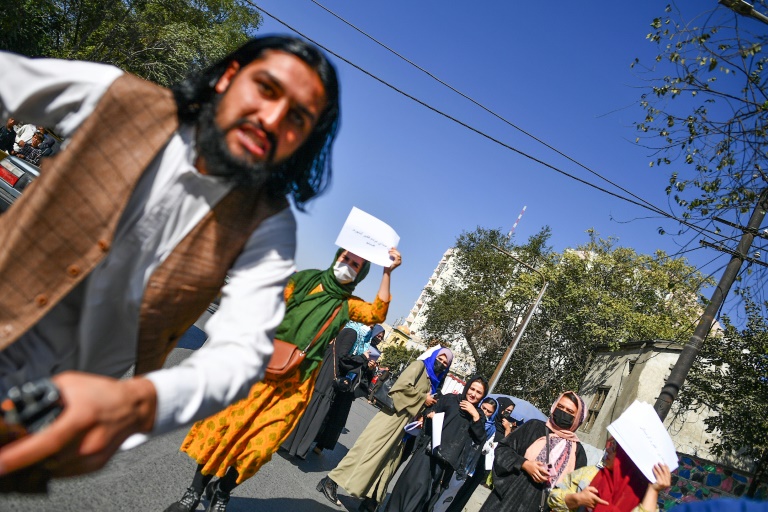 Afghans have staged street protests across the country since the Taliban returned to power, sometimes with several hundred people and many with women at forefront

"My message to all girls and women is this: 'Don't be afraid of the Taliban, even if your family doesn't allow you to leave your home. Don't be afraid. Go out, make sacrifices, fight for your rights'," Mohammadi said.

"We have to make this sacrifice so that the next generation will be in peace."

Children walked alongside the protest in downtown Kabul, although it was unclear if they were part of the organised group.

Unthinkable under the hardline Islamist group’s last rule in the 1990s, Afghans have staged street protests across the country since the Taliban returned to power, sometimes with several hundred people and many with women at forefront.

But a ban on unauthorised demonstrations has meant protests against Afghanistan's new masters have dwindled.