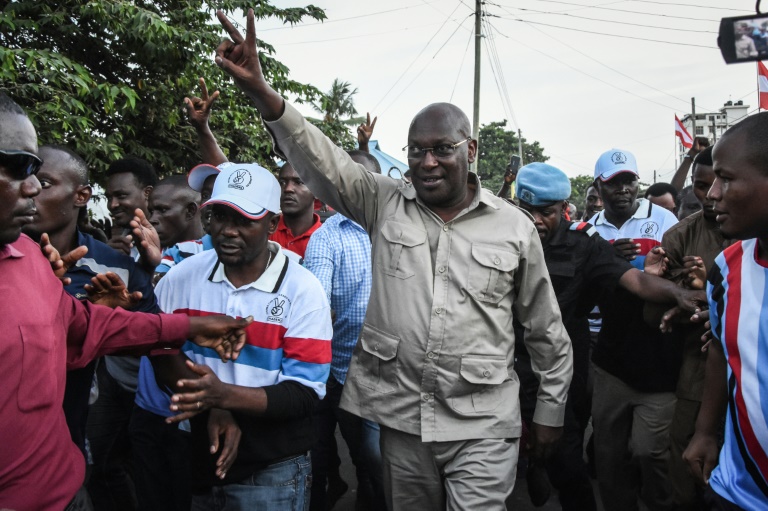 Mbowe has been charged with terrorism financing and conspiracy

DAR ES SALAAM - Tanzania's main opposition party on Saturday called for protests over the arrest of its leader and said it had mounted a legal challenge to charges of terrorism filed against him.

Chadema chairman Freeman Mbowe was arrested 10 days ago along with other senior party members as they were preparing to hold a public forum calling for constitutional reforms.

The nighttime police raid and subsequent charges against Mbowe have raised concern among rights groups and Western nations about the rule of law in Tanzania under new President Samia Suluhu Hassan.

At a press briefing on Saturday, Chadema secretary general John Mnyika said the party had filed a legal challenge to the case against Mbowe, saying charging him without his lawyer present was a violation of his rights.

Mnyika also urged party members and supporters to stage peaceful protests against the "fabricated" charges when Mbowe's case is due back in court on August 5.

Mbowe, 59, was charged on Monday with terrorism financing and conspiracy -- offences that do not allow for bail under Tanzanian law.

Critics have said the action against him was a throwback to the oppressive rule of Tanzania's late leader John Magufuli and showed that little had changed under Hassan.

The United States has expressed concern over Mbowe's arrest and urged Hassan, who took office in March following Magufuli's death, to ensure freedoms for all Tanzanians.

On Friday, Chadema deputy chairman Tundu Lissu described the accusations against Mbowe as a "continuation of a political war against opposition by the government".

Lissu said the government was "misusing criminal laws as a weapon to silence opposition".