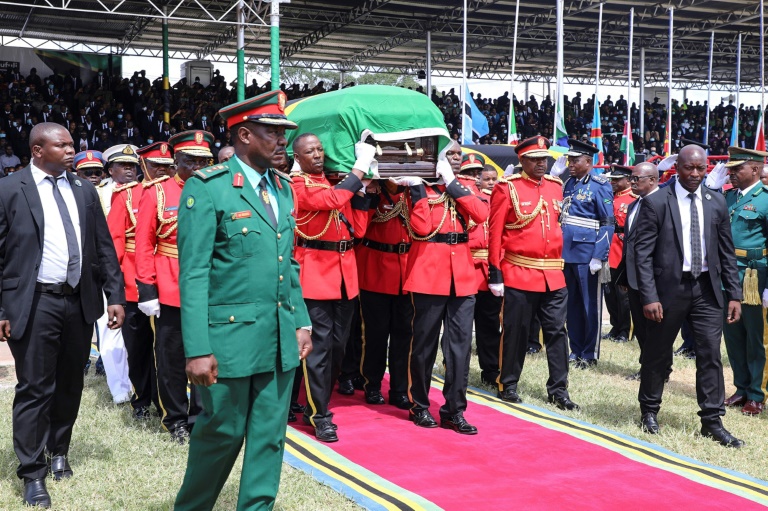 DAR ES SALAAM - Tanzanian police announced on Tuesday that 45 people had died during a stampede in Dar es Salaam on March 21 as mourners paid their last respects to the late president John Magufuli.

The crush took place when thousands of grieving citizens tried to push their way into a stadium in the city to bid farewell to their leader, whose sudden death after a mysterious absence was announced on March 17.

"There were a lot of people who wanted to get in the stadium, and some were not patient. They tried to force their way in and that resulted in a stampede. Forty-five died in the accident," Dar es Salaam regional police commander Lazaro Mambosasa told AFP.

Five of the deceased were from the same family, Mambosasa said. A woman and four children were earlier reported crushed in the accident at Uhuru Stadium, though the true toll of the stampede was not announced at the time.

Mambosasa said several dozen were also injured in the crush but most had been released from hospital.

READ: Tanzania's new president faces a tough 'to do' list

Magufuli's body was transported to the major cities of Dar es Salaam, Dodoma, Zanzibar, Mwanza and Geita, before being finally laid to rest in his ancestral village of Chato, in the country's northwest, on March 26.

Tens of thousands came out to pay their respects, lining roads, weeping and running alongside the casket as a military motorcade moved through the cities.

The stampede took place on the second day of tributes at Uhuru Stadium in Dar es Salaam, when the public was allowed in to pay their respects.

Magufuli died aged 61 from what authorities say was a heart condition, after a mysterious absence of almost three weeks, and questions remain over the true cause of his death which the opposition says was from Covid-19. 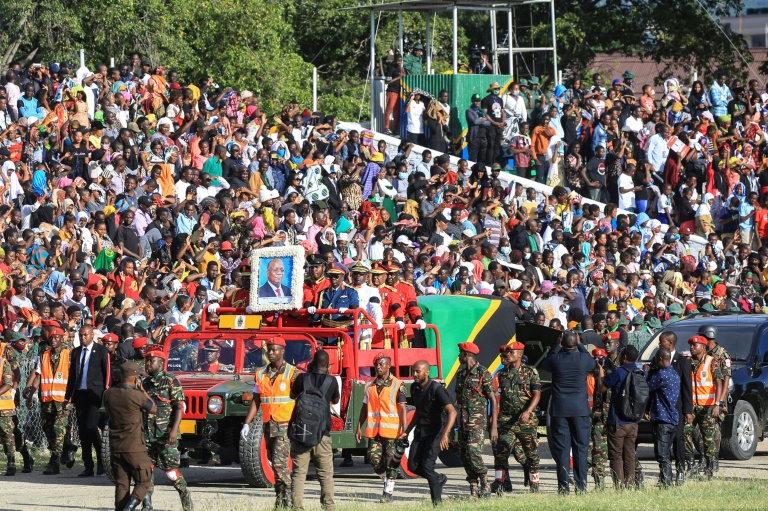 His deputy Samia Suluhu Hassan was sworn in as the country's first female president, and led the ceremonies bidding him farewell.

A state funeral held in the capital Dodoma, the day after the stampede, was attended by African leaders from across the continent.

Magufuli was hailed for his fight against corruption and massive infrastructure projects, but was criticised for the stifling of democracy and crackdowns on the media, civil society and the opposition.

His legacy is also marred by his Covid denialism, which saw Tanzania refuse to issue data or take any measures to curb the spread of the virus.

Hassan has vowed to "start where Magufuli ended" and all eyes are on potential changes to the country's policies and openness regarding Covid-19.

On Tuesday she nominated Finance Minister Philip Mpango as her deputy, which needs to be endorsed by parliament.

Mpango last month appeared in a video coughing and gasping at a press conference outside a hospital to dispel rumours he had died of Covid-19.