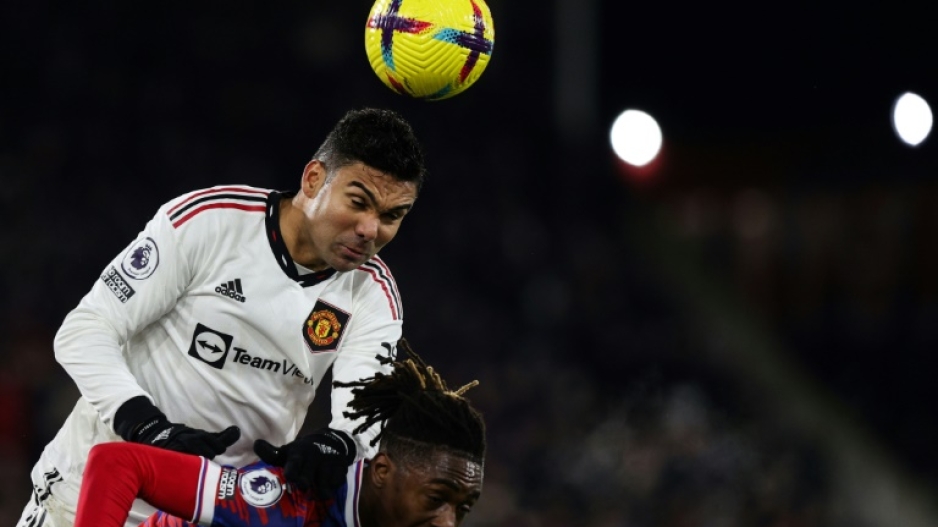 Ruled out: Manchester United midfielder Casemiro in action on Wednesday but he will be suspended for Sunday's crunch match with Arsenal

LONDON - Erik ten Hag claimed he was right to start Casemiro in Manchester United's 1-1 draw at Crystal Palace on Wednesday even though the midfielder picked up a booking that rules him out of Sunday's showdown with Arsenal.

Casemiro will serve a one-match ban following his fifth yellow card this term, for chopping down Palace's Wilfried Zaha in the 80th minute.

United looked poised to move into second spot in the Premier League after Bruno Fernandes fired in the opener late in the first half, but Michael Olise's stoppage-time free-kick denied the visitors.

But the United manager said there was no way he could leave out Casemiro against Palace regardless of any possible suspension.

"This game was important. Every game is important," Ten Hag said after United's nine-match winning run came to an end.

"Every game in the Premier League is a top game. Casemiro is obviously a really important player for us, and he is one of the reasons that we are in the position that we are now. That's Casemiro.

Casemiro came on as a late substitute in United's 3-1 victory over the Gunners in September, with Marcus Rashford's brace and an Antony strike making the difference at Old Trafford.