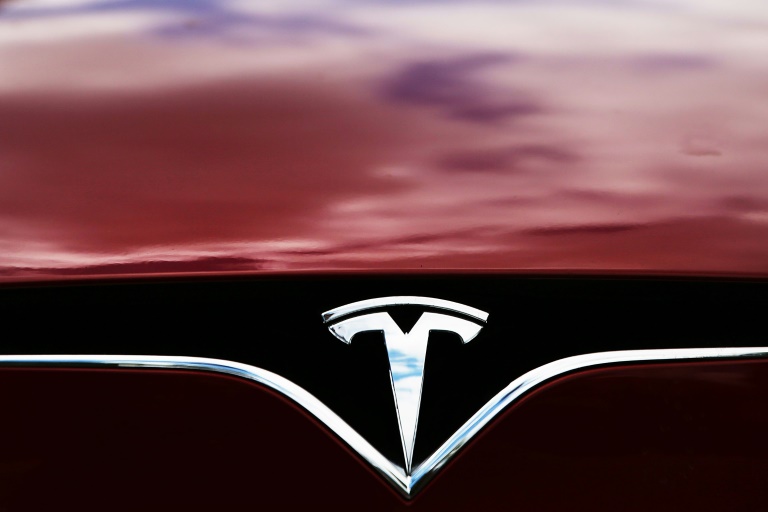 File: The Tesla logo seen on a vehicle. AFP/Spencer Platt

NEW YORK - Tesla reported a jump in first-quarter profits on surging electric vehicle sales, and the manufacturer said it was on track to boost automotive capacity at factories in three countries.

The electric car maker set production and delivery records in the quarter, with the auto industry upstart's Model 3 becoming the best-selling premier sedan in the world, according to chief executive Elon Musk.

"We've seen a real shift in customer perception of electric vehicles and our demand is the best we've ever seen," Musk said on an earnings call.

"Only three and a half years into production and with just two factories, for Model 3 to be out-selling its combustion engine competitors is quite remarkable."

Musk's electric car company has faced questions in recent days following a fatal car crash in Texas and sharp criticism of the company on social media in China.

But Monday's results were strong as Tesla essentially maintained its output from the fourth quarter despite "multiple" challenges that included the semiconductor shortage that has roiled the auto industry worldwide.

The company reported first quarter profits of $438-million compared with $16-million in the year-ago period, following a 74 percent rise in revenues to $10.4-billion.

"If there was any doubt whether Tesla is 'over the hump' of being a successful start-up company, I think it's gone now."