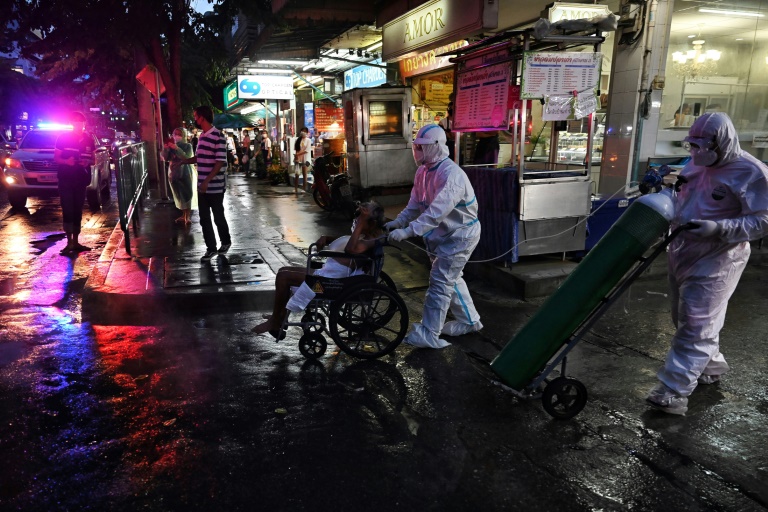 BANGKOK - Thailand has extended a night-time curfew and other virus restrictions to 16 more provinces beginning Tuesday as the kingdom's Covid-19 death toll soared to a new record.

The Southeast Asian country is struggling to contain its latest outbreak fuelled by the Delta variant, with infections and deaths skyrocketing and the healthcare system stretched thin.

Severe curbs on daily life including a seven-hour night-time curfew have already hit residents in a dozen provinces and the capital Bangkok, where an estimated 10 million live.

But the kingdom's caseload has not slowed, and Saturday brought a new record in cases and deaths. More than 18,900 new infections and 178 fatalities were registered in a single day.

Restrictions for these zones -- which will be imposed from Tuesday to August 19 -- include no dining or alcohol sales in restaurants, which are allowed to open only for delivery until 8 pm.

Public venues such as parks, swimming pools and museums will also be closed.

Apisamai said none of Thailand's 79 provinces currently fall under its "green" category -- the colour denoting an area is safe from the outbreak.

"If the situation does not improve, it might be extended to August 31," Apisamai added.

The bulk of infections have been detected since April when the latest Covid wave was sparked by a cluster in an upscale Bangkok nightlife district.

A health official admitted on Thursday that epicentre Bangkok no longer had enough beds for the unceasing tide of patients and that isolation facilities were filling up.