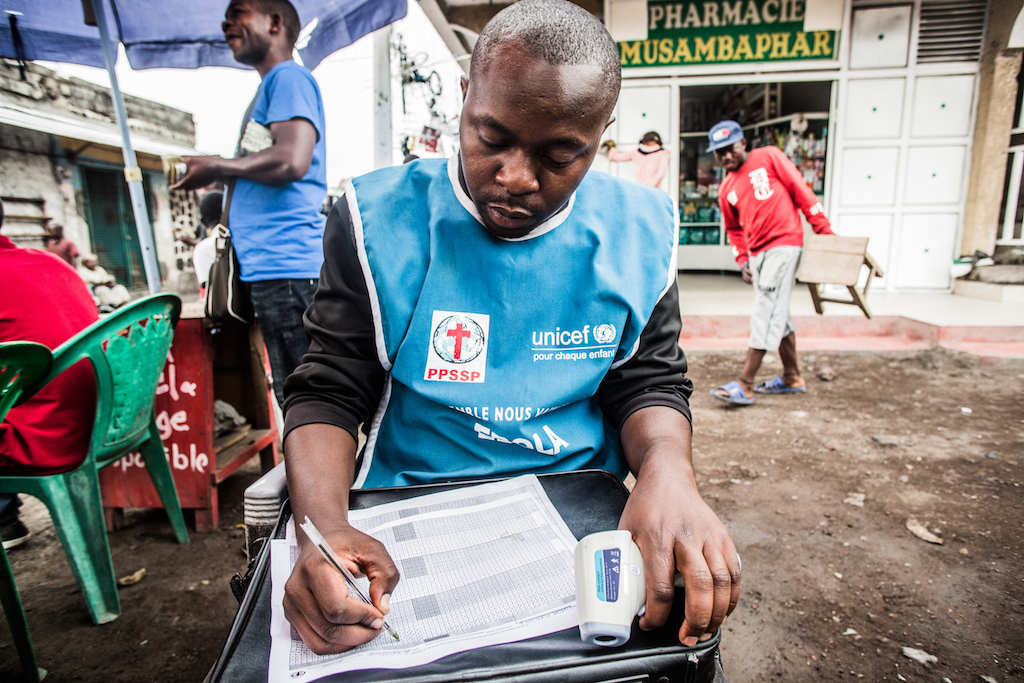 A health worker registers temperatures of people checked in Goma.

GOMA - A one-year-old girl became the third patient to test positive for Ebola in the densely populated DR Congo city of Goma, local officials said Wednesday, adding that she was the daughter of the second patient who died earlier in the week.

"I have been informed of another confirmed Ebola case at the Goma Ebola treatment centre," said Aruna Abedi, the chief Ebola coordinator in North Kivu, the worst-hit province since the outbreak began on August 1 last year.

The latest diagnosis is just the latest sign that the outbreak is sharply widening, and came just hours after the announcement that the second patient had died overnight Tuesday.

"The third confirmed case is the one-year-old girl of the father of 10 who died today at the Kiziba centre. The girl had already been showing signs of the disease," an Ebola response official told AFP on condition of anonymity.

The first death from Ebola in Goma -- a city of more than two million people on the border with Rwanda with transport links to many parts of East Africa -- sparked a wave of concern when it was reported on July 16.

A day later, the UN's World Health Organization (WHO) declared the epidemic a "public health emergency of international concern", a move designed to step up the global response.

Also on Wednesday, it was announced that 15 people had been quarantined in the neighbouring South Kivu province, which had previously skirted the epidemic.

A total of 1,803 lives have been lost in the second-worst outbreak of Ebola on record, according to figures released Wednesday.

Other News on Ebola Outbreak