Third time lucky? May says she will quit if Brexit passes 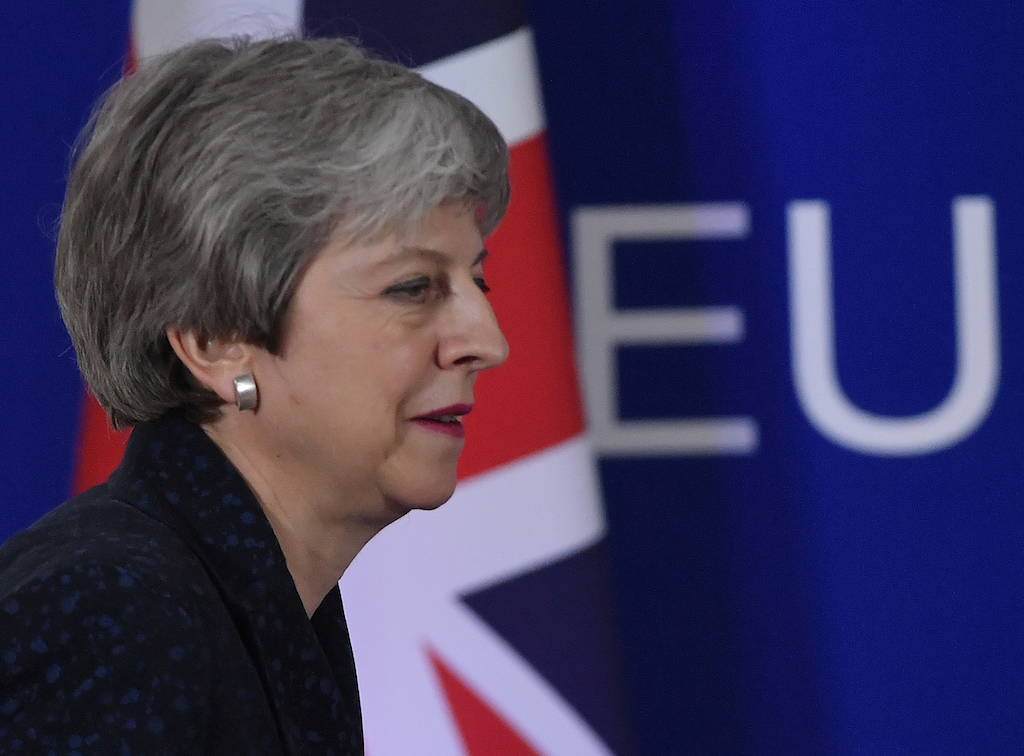 Prime Minister Theresa May is hoping that the EU summit's approval of fresh guarantees about the agreement will overcome the speaker's objections.

LONDON- British Prime Minister Theresa May said on Wednesday she would quit if her European Union divorce deal passes at the third attempt, making a last-ditch sacrifice to try to win over dozens of rebels within her Conservative party.

While her departure would not alter the terms of that withdrawal agreement, it could give Conservative eurosceptics who have opposed it a greater say in negotiating the terms of Britain's future relationship with the EU.

May's office said there would be a contest to replace her after May 22 - assuming her plan gets through parliament - to provide new leadership for that next stage of Brexit.

"I have heard very clearly the mood of the parliamentary party," May told a meeting of Conservative lawmakers (MPs).

"I know there is a desire for a new approach – and new leadership – in the second phase of the Brexit negotiations – and I won't stand in the way of that."

May's announcement is the latest dramatic turn in the United Kingdom's three-year Brexit crisis, but it remains uncertain how, when or even whether it will leave the EU.

READ: Brexit up in the air as May pushes divorce deal for third time

If May does go, she will become the fourth Conservative prime minister in a row to have fallen foul of divisions over Europe within her centuries-old party, following David Cameron, John Major and Margaret Thatcher.

Many Conservative rebels, who want a cleaner break from the EU, had made clear they would only consider supporting her agreement if she gave a firm commitment to resign.

May had already promised to step down before the next election, due in 2022, but by agreeing to go sooner, she increases the chances of her Brexit deal passing before the new April 12 deadline.

"I am prepared to leave this job earlier than I intended in order to do what is right for our country and our party," May, who voted to remain in the EU in the 2016 referendum, told the party meeting, according to extracts released by her office.

Britain was originally due to leave the EU on March 29 but last week the EU granted a postponement until April 12.

The government is expected to bring May's deal back to parliament on Friday, though that depends on whether the speaker is satisfied that the text has changed substantially since it was last defeated.

Much could now hinge on whether May can win over the Democratic Unionist Party (DUP), the small Northern Irish party that props up her minority government but has so far rejected her Withdrawal Agreement.

May's deal, defeated in parliament by 149 votes on March 12 and by 230 votes on January 15, means Britain would leave the EU single market and customs union as well as EU political bodies.

But it requires some EU rules to apply unless ways can be found in the future to ensure no border posts need to be rebuilt between British-ruled Northern Ireland and EU member Ireland.

Many Conservative rebels and the DUP have objected to this so-called Irish backstop, saying it risks binding Britain to the EU for years.

Jacob Rees-Mogg, who heads the ERG group of eurosceptic Conservative lawmakers, said he would now reluctantly vote for May's agreement if the DUP backed it or abstained.

A reporter for the Times newspaper quoted an ERG source as saying 40 of its MPs had now switched to back her deal while 40 were still undecided. To succeed, May needs at least 75 lawmakers to come over to her side.

While May was addressing her lawmakers in a committee room, MPs in the main chamber debated eight Brexit options ranging from leaving abruptly with no deal to revoking the divorce or holding a new referendum.

Lawmakers had voted on Monday to grab control of the Brexit process for a day in a bid to break the impasse. Several options would see much closer alignment with the EU than May envisages, including staying in the single market or a customs union.

In the "indicative vote", MPs can support as many proposals as they wish. Results were due to be announced after 2100 GMT.

"This is not about the number of votes precisely cast for one motion or another," said Oliver Letwin, a 62-year-old Conservative former cabinet minister who has led parliament's unusual power grab.

"It's about whether when we look at the results as a whole, ... we get enough data to enable us to have sensible conversations about where we can go next."

If May passes her deal this week, he said parliament's attempt to find an alternative would stop.

READ: May pushes for Brexit deal with new timetable

The uncertainty around Britain's most significant political and economic move since World War Two has left allies and investors aghast.

Supporters of Brexit say that, while the divorce might bring short-term instability, in the longer term it will allow the United Kingdom to thrive. Opponents say it will leave Britain poorer and weaker, cut off from its main trade partners.

Most voters think the negotiation has been handled badly and there may now be a slight majority for staying in the EU, recent polls suggest.

Many Conservative MPs say May herself has caused the chaos over Brexit by not negotiating harder with the EU.

"It was inevitable and I just feel she's made the right decision. She has actually read the mood of the party, which was a surprise," said Conservative lawmaker Pauline Latham.