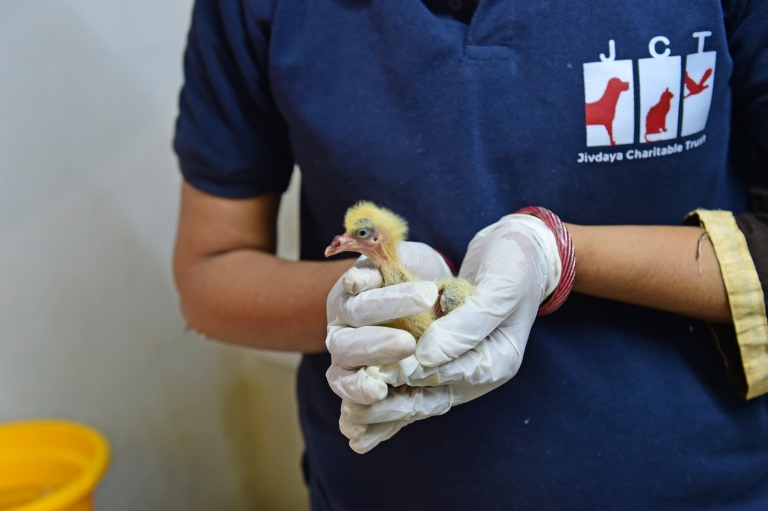 The Jivdaya Charitable Trust's animal hospital in Ahmedabad has treated around 2,000 birds over the past month, many weak and severely dehydrated. AFP/Sam Panthaky

AHMEDABAD - A volunteer scoops up a fledgling kite lying nearly immobile on a scorching Indian sidewalk as the relentless sun beats down on its feathers -- one of countless birds struggling to endure an unbearable heatwave.

An early start to summer has brought record temperatures and made life a misery for human and animal alike, with experts warning that climate change is making such conditions more intense and more frequent.

One animal hospital in the western city of Ahmedabad has treated around 2,000 birds over the past month, many weak and severely dehydrated, with some suffering from broken wings after falling from trees. 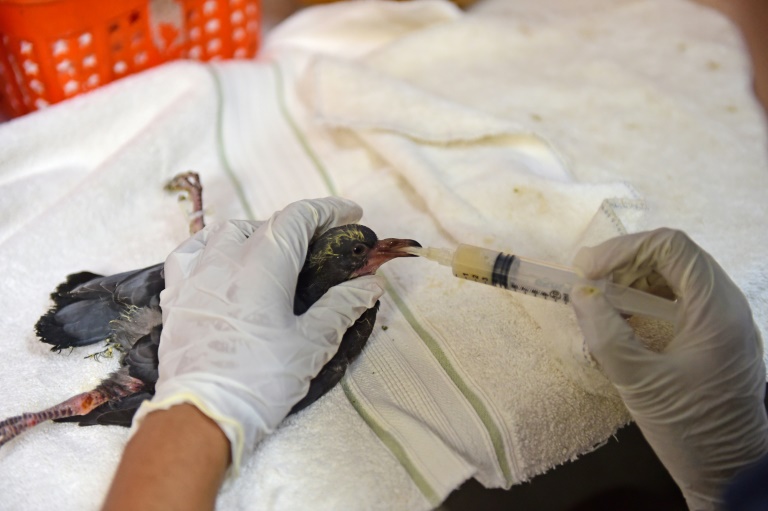 An early start to summer has brought record temperatures and made life a misery for human and animal alike, with experts warning that climate change is making such conditions more intense and more frequent

"We receive daily at least 50 to 60 dehydrated birds," Gira Shah, co-founder of the Jivdaya Charitable Trust that manages the hospital, told AFP, adding that temperatures have soared up to 46 degrees Celsius (115 degrees Fahrenheit).

The bird hospital is one of the biggest of its kind in India and was established by members of the Jain faith -- an ancient Indian religion that preaches non-violence and love for all creatures, great and small.

The hellish heat has coincided with the end of the breeding season for some bird species, resulting in large numbers of chicks and fledglings being treated in the facility. 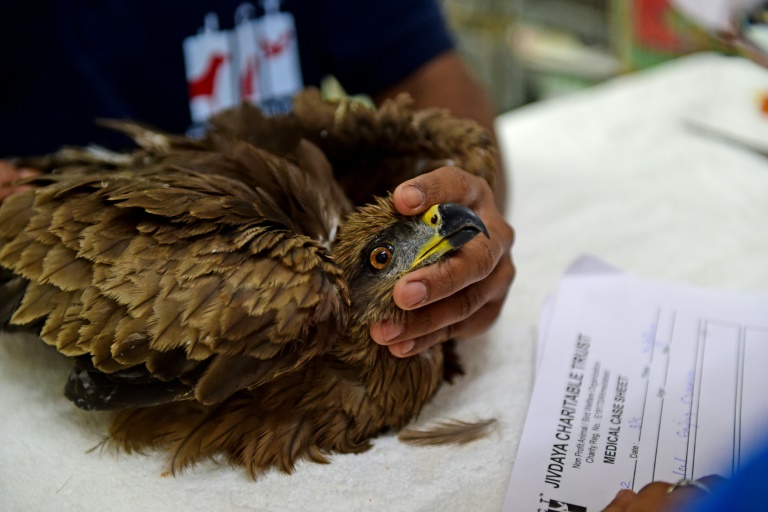 A regular stream of volunteer rescuers and members of the public bring the birds in cardboard boxes or baskets every day, where they are logged, weighed, tagged and examined by a veterinarian.

The birds are treated, but around one in four do not survive due to the severity of their dehydration or from the resulting complications.

Those that recover are kept in an aviary until they are ready to be released back into the wild.

Others that have been too severely disabled by their injuries are sent to zoos or educational institutions.

Veterinarian Nidhi Sharma had already treated a parakeet and a babbler chick before the fledgling kite rescued from the road was brought to her for examination. 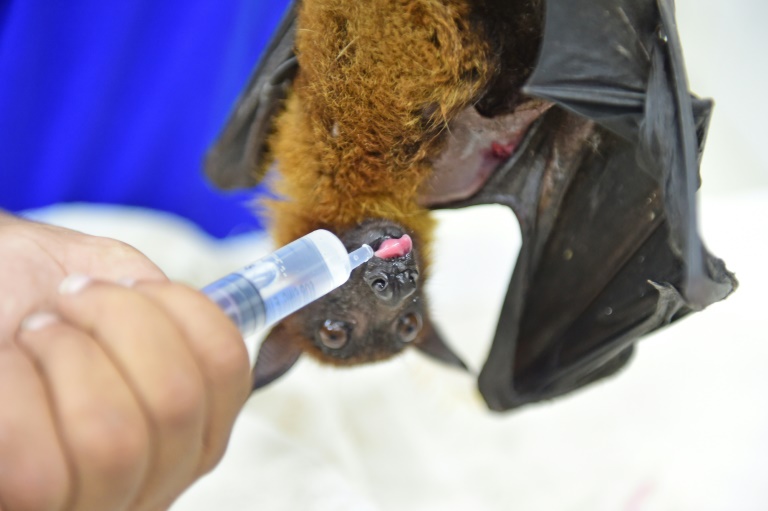 The hospital also treats other animals, such as this flying fox

"It's severely dehydrated," the 29-year-old said as she injected it with replenishing fluids.

The rescuers believe the kite, weakened by the heat, fell to the ground from its nest in a tree nearly 15 metres (50 feet) above.

Hospital curator Sherwin Everett has worked at Jivdaya -- "compassionate life" in the local Gujarati language -- since 2010.

He says this year's heatwave has been among the worst for local birds he has ever seen.

Heatwaves have killed more than 6,500 people in India since 2010, but Shah and Everett are also calling on the public to also be considerate of the welfare of any wildlife they come across.

"We are expecting until July to have multiple heatwaves and the temperature will get worse," Everett said.

"Right now we have received quite a lot of birds that have been dehydrated," he added. "But the upcoming months seem to be pretty dire for us as well."