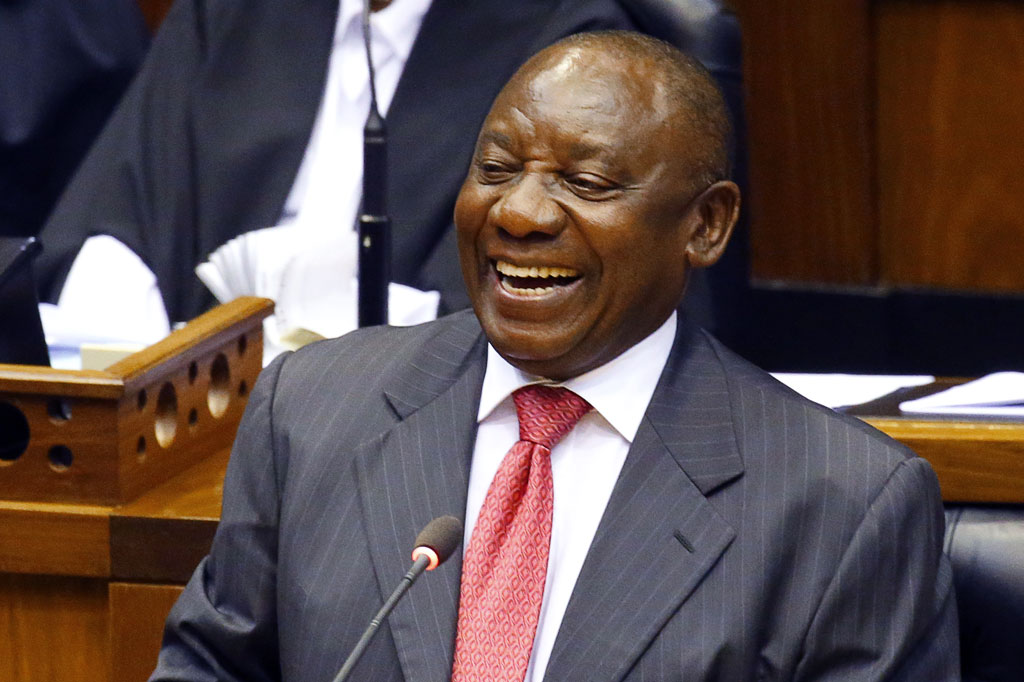 File: President Cyril Ramaphosa smiles as he delivers a speech after being elected by the Members of Parliament during his swearing-in ceremony at the Parliament in Cape Town, on February 15, 2018.

Cyril Ramaphosa was sworn in as President of South Africa on Thursday 15 February by Chief Justice Mogoeng Mogoeng.

Focus will now be on the appointment of new ministers in key portfolios.

We are looking for SONA content to include a message of confirmation of Cyril Ramaphosa’s New Deal action plan, underpinned by the longer term growth plan embodied in the NDP that gathered dust under the Zuma administration.

Leadership changes at national level will help to achieve objectives

Cyril Ramaphosa probably best described the current state of South Africa in November, in his “New Deal” speech: “It is (also) very concerning that, in recent years, our economy has stalled, and social progress has slowed. We are neither creating the jobs we need nor advancing social cohesion… They are consequences of missteps in our policy interventions, weaknesses in collective decision-making and poor execution of policies and strategies, combined with the damaging effects of state capture and corruption on economic performance.“

We think that SONA 2018 will provide a sober feedback report along the lines of Cyril Ramaphosa’s assessment cited above. Any attempts to paper over the challenges facing South Africa would be met with a negative market and business response.

The political situation has changed significantly since the outcome of the ANC elective conference in December 2017.

This has already generated an increase in foreign and domestic investment in SA Inc shares listed on the JSE. The balance of political power has shifted from the South African ANC president to the new ANC president.

We think that the risk of policy swinging towards populism has declined under Ramaphosa's leadership.

Key focus points are likely to be on the capacity for the Minister of Finance to balance the stabilisation government debt levels, contingent liabilities and the funding of free tertiary education.

This is most likely to result in a fiscally austere budget and we could expect some early indications in SONA about the degree of fiscal restraint we are likely to see in the Budget.

* This article was originally published on Investec.com.