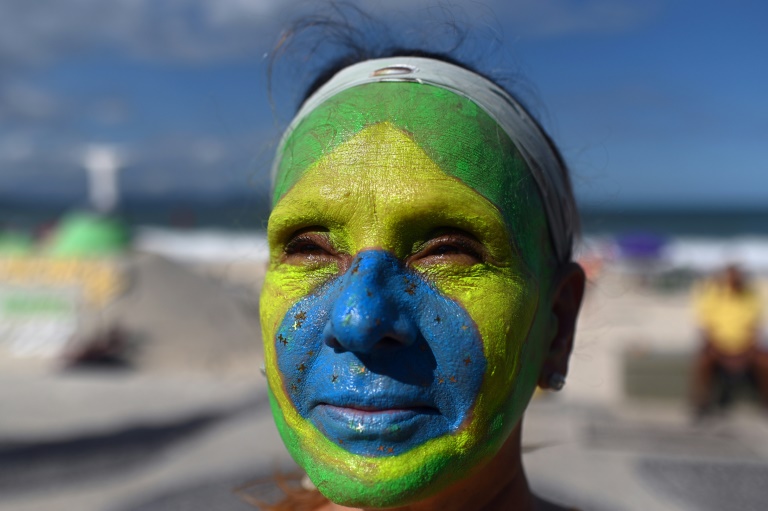 In Rio, some 3,000 people marched on Copacabana beach, many without face masks and dressed in Brazil's yellow-and-green flag colors.

"What we want is that the votes can be recounted publicly, for there to be more transparency, because there have been suspicions of fraud," protester Ronaldo Calvalcante, 46, told AFP.

Bolsonaro has long been sniping at electronic voting, introduced in Brazil in 1996, and advocating instead for the use of "printable and auditable" paper ballots to be introduced for the 2022 presidential race.

People in Brazil cast their ballots electronically at voting stations, and Bolsonaro has for years been arguing for a paper printout to be made of each vote cast, suggesting the absence of a paper trail makes cheating easier.

The 66-year-old leader is under fire from several quarters; facing an investigation into his handling of the coronavirus pandemic that has killed more than half-a-million Brazilians, and with his popularity at a record low.

Thousands of Brazilians have taken part in protests against his leadership.

Analysts say his attack on the voting system suggests he is bracing for defeat in elections next year, and to use fraud claims as a means of fighting back in the example of former US President Donald Trump, of whom Bolsonaro is a fervent admirer.

"Voting strictly electronically is theft! Voting with printed receipts is not complicated, people will adapt," said Roxana Guimaraes, a 45-year-old nurse also among the Rio demonstrators.

A large banner billowed from a crane on the beach with the slogan "Patria Amada" (Beloved Homeland), the slogan of the Bolsonaro government. 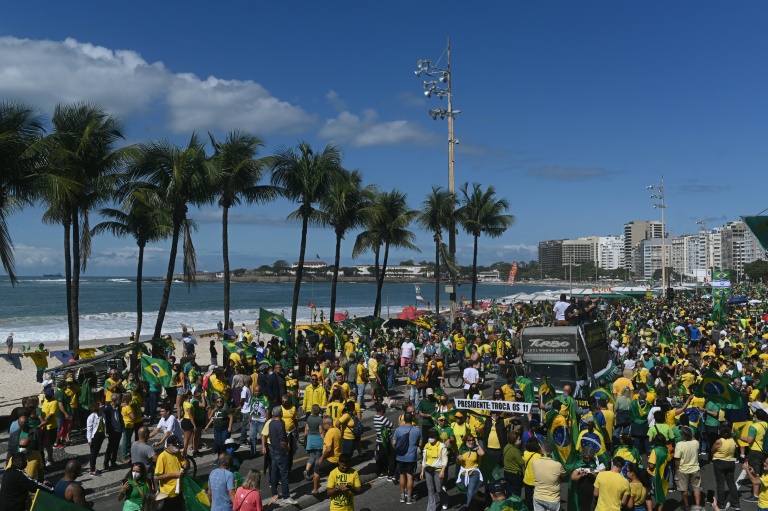 In a video message Bolsonaro insisted he would not accept elections that were not "fair and democratic."

He added he would do "whatever necessary" to ensure there are paper printouts of votes cast in the next election.

Last Thursday, in a Facebook Live event, the head of state spoke for more than two hours about his conviction that there had been fraud in the last two presidential elections, saying he should have won in the first round in 2018.

He has not provided evidence of such fraud, and Brazil's Superior Electoral Court insists the system is transparent and has never been tainted by irregularities.

Bolsonaro has called the court's president Luis Roberto Barroso an "imbecile" for suggesting introducing a paper ballot could open the process to manipulation.