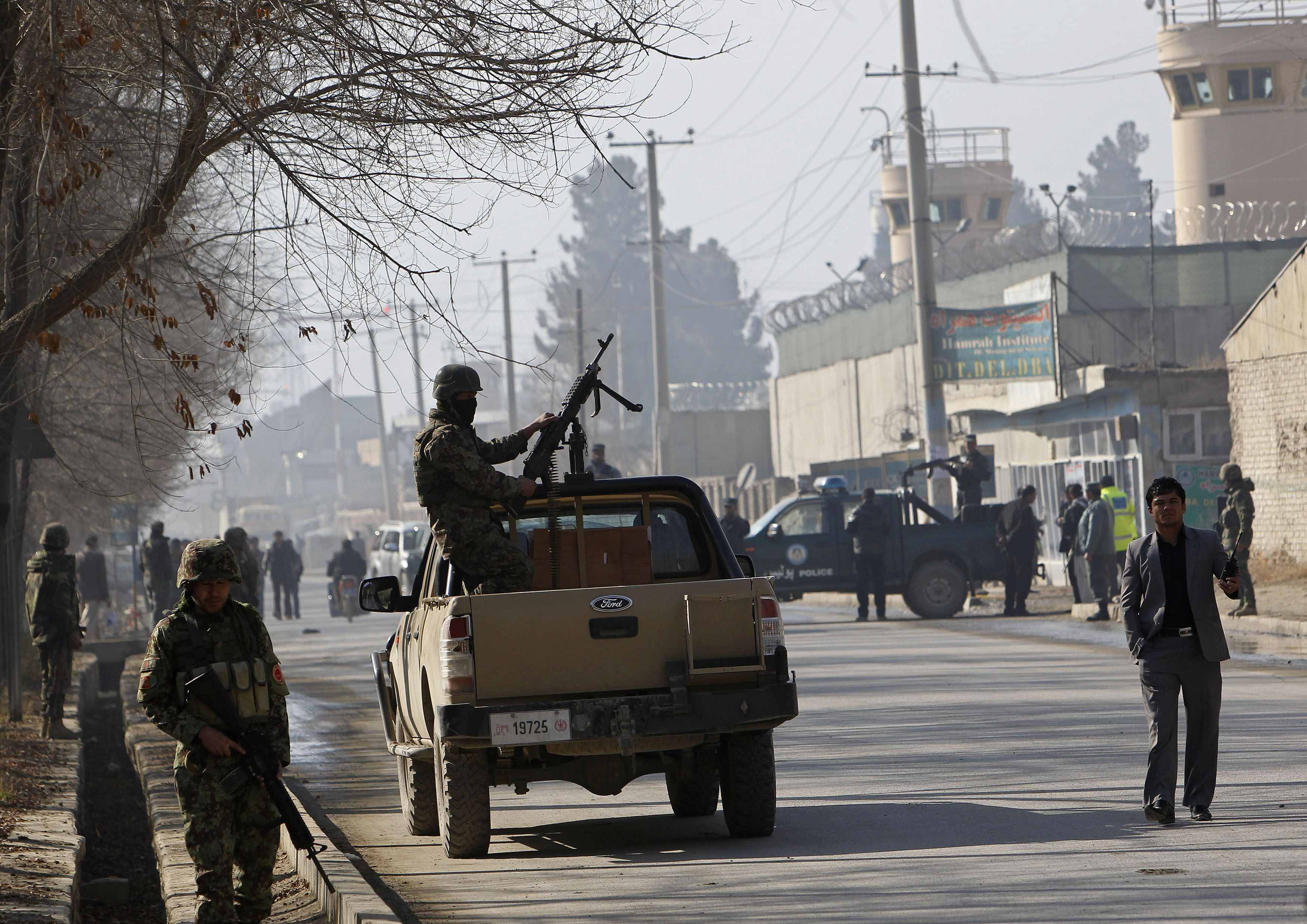 FILE: Afghan security forces keep watch at the site of an explosion in Kabul December 12, 2013.

JALALABAD - Three female media workers were shot and killed in the eastern Afghan city of Jalalabad on Tuesday, their TV network said, in what appeared to be the latest targeted killing to rock the war-torn country.

Zalmai Latifi - the director at Enikass TV - said the women were killed in two separate attacks after leaving the station.

"They are all dead. They were going home from the office on foot when they were shot," Latifi told AFP, saying all three worked in the dubbing department for the broadcaster.

No group has so far claimed responsibility for the attacks.

"We arrested as he was trying to escape," said Hemat. "He has admitted that he carried out the attack. He is a Taliban member."

A Taliban spokesman later denied that the group had any hands in the killings.

Journalists, religious scholars, activists and judges have all been targeted in a recent wave of political assassinations that have spread panic across Afghanistan and forced many into hiding -- with some even fleeing the country.

The killings have increased since peace talks were launched last year between the Afghan government and the Taliban -- the latest attempt to end decades of conflict.

Afghan and US officials have blamed the Taliban for the wave of violence, but the group has denied the charges.

The killings come as the US special envoy to Afghanistan Zalmay Khalilzad returned to Kabul this week for meetings with Afghan leaders, in a bid to revive a flagging peace process as violence soars in the war-weary country and a deadline for US troop withdrawal draws closer.

Khalilzad's arrival marks the first time he has returned to Afghanistan since US President Joe Biden took office in January and asked him to stay in his post.

Donald Trump's administration, eager to end America's longest war, tasked the veteran diplomat with negotiating with the Taliban, culminating in a deal signed in Qatar on February 29 last year.

The accord states that the US will withdraw all troops from Afghanistan by May, with the Taliban promising not to allow territory to be used by terrorists -- the original goal of the US invasion following the September 11, 2001 attacks.

Speculation is rife over America's future in Afghanistan, after the White House announced plans to review a withdrawal deal brokered by Khalilzad and the Taliban in Doha last year.

Fears are growing across Afghanistan that a speedy US withdrawal from the country may unleash even greater chaos in the war-weary country.