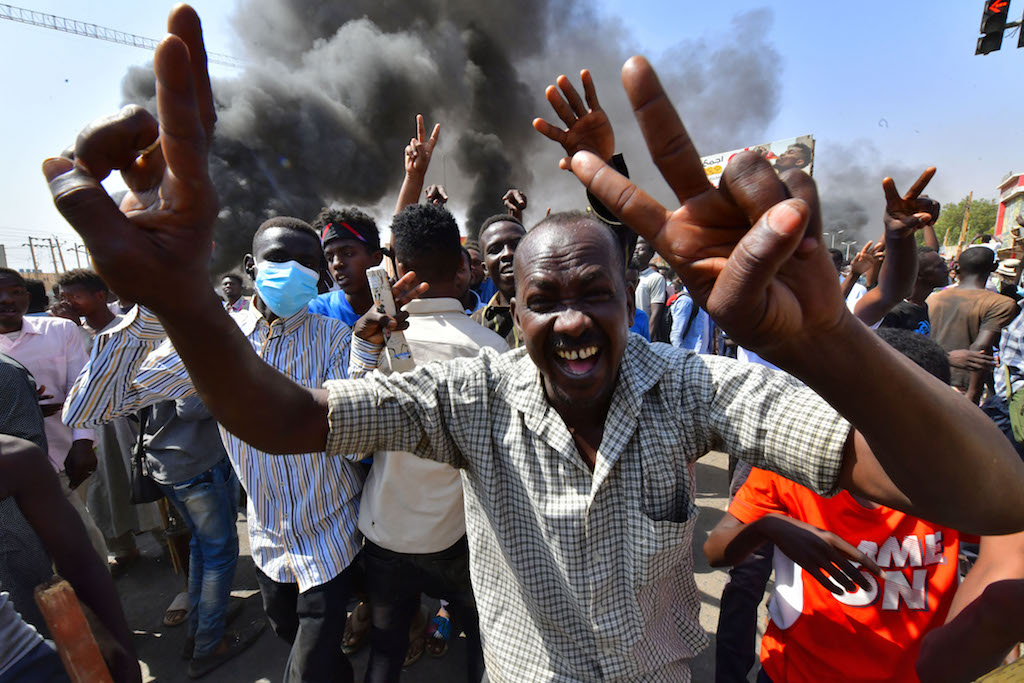 Sudanese people protest against a military coup that overthrew the transition to civilian rule in the capital Khartoum's twin city of Omdurman. AFP

KHARTOUM - Sudan's top general declared a state of emergency on Monday as soldiers rounded up civilian leaders, with three people killed as soldiers put down furious protests decrying a coup.

"To rectify the revolution's course, we have decided to declare a state of emergency nationwide... dissolve the transitional sovereign council, and dissolve the cabinet," said Burhan, who announced the formation of a new government.

Clashes erupted in the capital Khartoum after his speech, with the information ministry saying that soldiers had "fired live bullets on protesters rejecting the military coup outside the army headquarters."

Three protesters were killed and some 80 people wounded as "forces of the military council coup" opened fire to put down the furious demonstrations against the military, according to the independent Central Committee of Sudan Doctors.

"Civilian rule is the people's choice," demonstrators chanted, with protesters waving flags and using tyres to create burning barricades. "No to military rule".

The violence, largely centred outside the army headquarters in the capital, came hours after soldiers detained Prime Minister Abdalla Hamdok, ministers in his government and civilian members of Sudan's ruling council, the information ministry said.

UN Secretary-General Antonio Guterres denounced the military takeover and called for leaders to be freed.

"I condemn the ongoing military coup in Sudan," Guterres said. "Prime Minister Hamdok and all other officials must be released immediately."