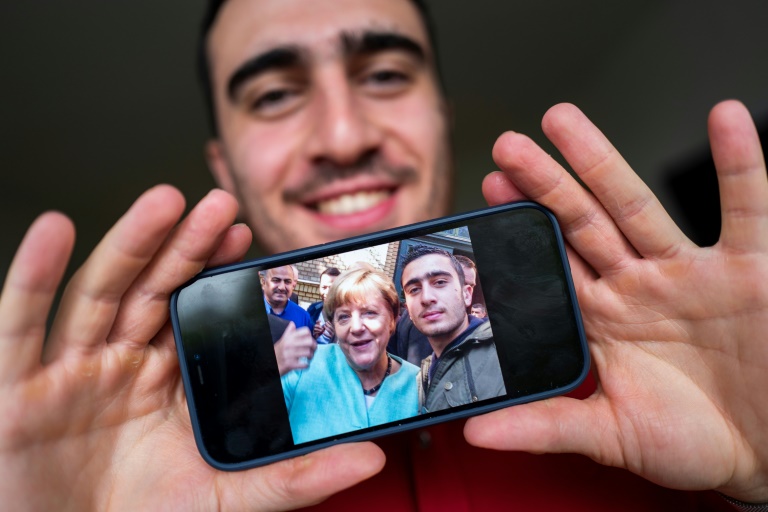 BERLIN - In her 16 years in power, Chancellor Angela Merkel took a leading role not only in charting Germany's course but influencing the path taken by Europe too.

Here are the stories of three people whose lives were upended by three of Merkel's most significant policy decisions:

The Syrian in symbolic Merkel selfie

The encounter was quick -- "maybe a few seconds" -- during the febrile month of September 2015, in front of a temporary refugee shelter in Berlin.

Merkel, who only days before had made the watershed decision not to close Germany's borders to a wave of people fleeing war and oppression, was flanked by twitchy bodyguards. 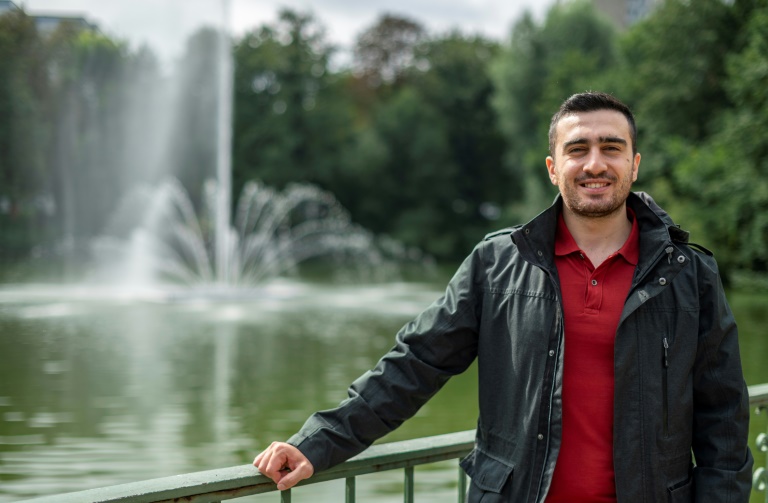 As Merkel embarks on retirement, Modamani says he owes his life to the German leader

Anas Modamani, a young Syrian who had just arrived in Germany, saw a limousine and decided it was his chance for a selfie with a woman he then believed to be a "famous actress".

A media photographer took a photo of Modamani getting the selfie -- within hours, the snapshot of the 18-year-old refugee and the chancellor had become a symbol of Merkel's generous migration policy.

The decision, capped by Merkel's "We can do it" rallying cry in the face of the influx, would become one of the most important of her 16 years in power.

After taking part in protests against the regime of President Bashar al-Assad in his hometown of Derayya, a suburb of Damascus, Modamani knew his days in Syria were numbered and began preparing for the long trek to Europe.

As Merkel embarks on retirement, the talkative young man does not hesitate to say that the German leader "saved my life".

"She allowed me to enter this country, to get integrated," he told AFP in his sunny Berlin flat filled with green potted plants.

"She is the most powerful woman in the world who gave me a new chance in life."

As Modamani sees it, Merkel was the only European leader to worry about the fate of Syrians fleeing the war and the Assad regime.

"The other countries didn't want us," he said in fluent German, only the lilting roll of his Rs hinting at his origins.

Modamani still cherishes the shot of himself and a beaming, relaxed Merkel on his mobile phone, although it turned his life upside down in ways large and small.

In the days after his photo went viral, Modamani was touted as a hero by the Syrian community, which now counts 700,000 people in Germany.

"It was like a 180-degree change. I was no one... and suddenly people invited me to eat at their place, others came to visit me."

But in a society rocked by sudden change, an emboldened far right was able to harness the newcomers' arrival to stoke fears about Germany being "overrun" by migrants.

Campaigning on a "Merkel must go" platform, the anti-migration AfD party scored 12.6 percent in the 2017 elections and is currently polling at around 11 percent.

Social media posts accused Modamani of being behind various terrorist attacks and setting a homeless man on fire.

In 2017, he took Facebook to court to try to stop defamatory posts but lost against the social media giant.

"It was a very difficult time... I was the terrorist who should die or be imprisoned for life."

Despite all the blowback, Modamani has poured his energy into learning German.

In 2019, he started university and paid for his studies in business communications by working two days a week at a supermarket.

As Merkel prepares to leave the stage, Modamani says he's worried what will come next when his "heroine" is gone.

"Everything I have built is here," he said.

"I am afraid that someone will come (to power) and say that refugees have to go home even if they are well integrated."

Modamani said he hasn't had any contact with Merkel since that sunny day six years ago.

Now that she will have more time for herself, he'd love a coffee with that "famous actress," he said with a smile. 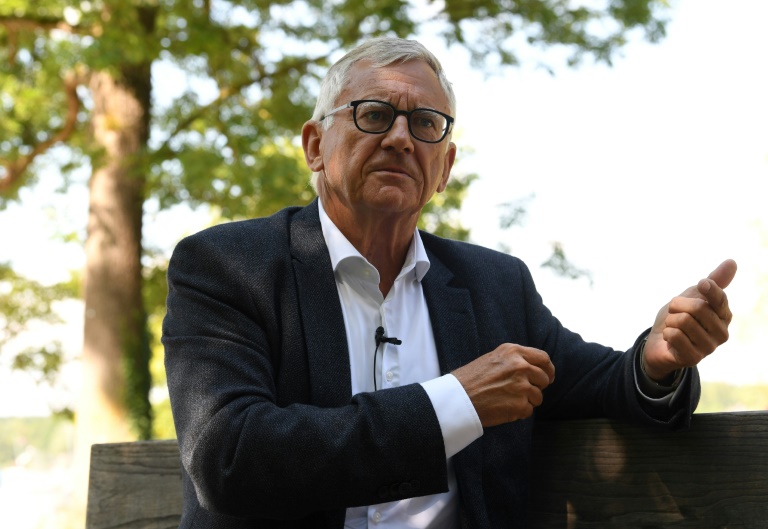 Less than a week after the Fukushima disaster, Merkel turned her back on nuclear energy and the industry to which nuclear plant executive Ralf Gueldner had dedicated his life's work

German nuclear plant executive Ralf Gueldner was on a skiing holiday in the Swiss Alps when he read over breakfast that an earthquake had hit the Fukushima Daiichi nuclear power plant in Japan.

An experienced nuclear engineer turned energy company executive who had seen the Chernobyl catastrophe years before, he was concerned but not panicked.

Less than a week after the disaster, Merkel would dramatically turn her back on nuclear energy and the industry to which Gueldner had dedicated his life's work.

Gueldner had been "fascinated" by atomic energy since his student studies, an interest that led to a job in the industry, working in nuclear safety.

He stuck with it, even when -- after the Chernobyl disaster in 1986 -- parents would approach him at the school gate to take up the subject with him.

"Of course I often had this discussion with my family as well," he said. "I've always been convinced that what we do in Germany can be justified and so I stuck with it."

Gueldner rose to be an executive at German energy company E.On's nuclear subsidiary and in 2010, the president of the German Nuclear Forum, in effect the sector's chief lobbyist and spokesman.

The auspices for the sector were good.

A recently elected conservative-liberal coalition led by Merkel extended the operating licences for nuclear power plants near the end of 2010, giving the plants a future.

"We were figuratively popping champagne corks when we got the extension," Gueldner recalled, but the celebrations would be short-lived.

The day after hearing about Fukushima in March 2011, Gueldner returned to Germany.

"By the evening I had already been in two TV studios," he said. "We had to make clear to viewers that the sequence of events at Fukushima could not happen in our facilities -- that we're responsible operators."

But over the course of the weekend immediately following the disaster, Germany's leaders would sign up to a nuclear moratorium, in which seven old reactors would be temporarily shut down.

"But we always had the hope that thanks to the repeatedly confirmed high security levels of our facilities that we would have a chance," said Gueldner.

Five months after the U-turn, the seven paused reactors went offline for good and the rest were put on borrowed time.

"It was something of an emotional rollercoaster," Gueldner said.

The shock over Fukushima was quickly followed by a sense of "personal dismay" at the consequences for the industry.

Looking back, Gueldner described the period as a "sad moment". The contributions he and his colleagues had made, as he saw it, "to the protection of the climate and to our safety" were "wiped away at the stroke of a pen".

"We had to support employees, who were of course treated with hostility by the public," while many would lose their jobs, or see their long-term career prospects dissolve, he said.

The last nuclear reactors will go offline at the end of 2022.

A board member at the nuclear energy company where he used to be an executive and vice-president of the successor organisation to the German Nuclear Forum, Gueldner is still making the argument for nuclear energy, despite officially retiring in 2016.

It should be seen as a "serious" alternative to fossil fuels in the battle against climate change, Gueldner said, making an appeal on behalf of his three children and five grandchildren, even if he admitted that "it's completely unrealistic". 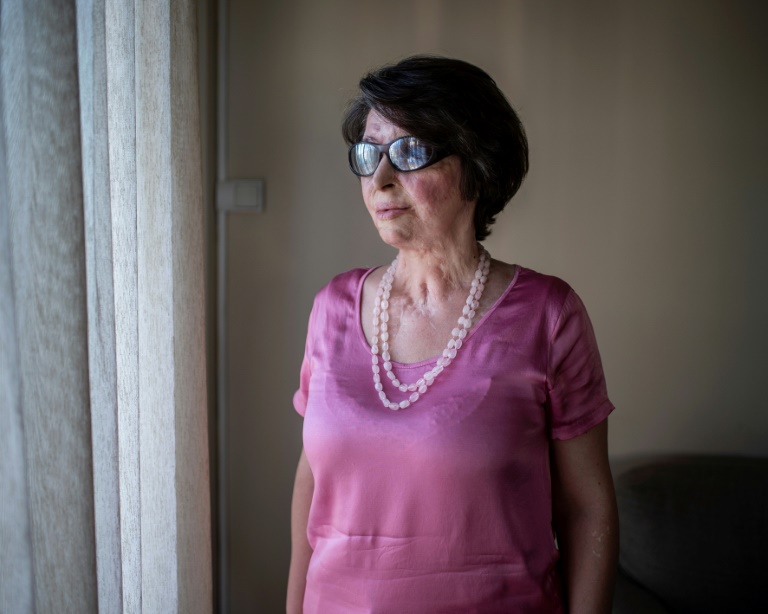 When Greece slumped into its biggest post-war crisis, Constantina Kuneva decided she had to fight for the country and went on to become an MEP

Once a cleaner struggling to fight for the rights of others like her, Constantina Kuneva may never have set her sights on a seat in the EU's parliament had she not been provoked into action by the painful austerity prescribed to Athens during the EU debt crisis.

In November 2009, Athens revealed a sharp rise in its public deficit that would unleash a financial crisis across the eurozone and leave Greece on its knees for a decade.

In exchange for bailout cash and to stop Greece from crashing out of the eurozone, the "troika", made up of the IMF, EU and ECB, demanded across-the-board reforms from Greece -- a tough stance that for many Greeks was personified by Merkel.

"The bailouts imposed war conditions on Greece without there actually being a war," Kuneva, 56, told AFP.

The stringent terms of the bailout sparked huge protests in Greece, with demonstrators venting their fury over the thousands of job losses and sweeping wage and pension cuts across the country.

At many rallies, posters of Merkel wearing a Hitler moustache were a mainstay.

Kuneva herself was at that time recovering from a horrific acid attack suffered just months before Greece slumped into its biggest post-war crisis.

An unknown assailant had poured acid on her face and down her throat in an attack believed to be linked to her union activities.

She lost her sight in one eye and suffered serious damage to her vocal cords and other internal organs.

Kuneva said the poor conditions in Greece meant she could not get the treatment she needed in the country and had to travel to France.

"If conditions had been better (in Greece), I would not have needed to travel abroad for my surgery operations," she said.

As she recovered from her attack, Kuneva decided that she had to fight for Greece.

She joined the ticket of Greek radical leftist party Syriza on a list led by Alexis Tsipras, becoming one of 50 to win a seat at the Strasbourg parliament.

From her five years as an MEP, she recalled constant criticism of Greeks who were seen as "lazy, unwilling to work and only interested in having fun."

Kuneva does not only have harsh words for Merkel though, lauding her decision to keep Germany open to migrants in 2015.

But she said that Greece was still paying the price of the bailout policies.

Job losses, benefit cuts and tax hikes were accompanied by the worst unemployment rate in memory, forcing the country's best and brightest to seek a better future abroad.

"Nothing grows (in Greece today). All the researchers have relocated abroad. What is left for us?" said Kuneva.