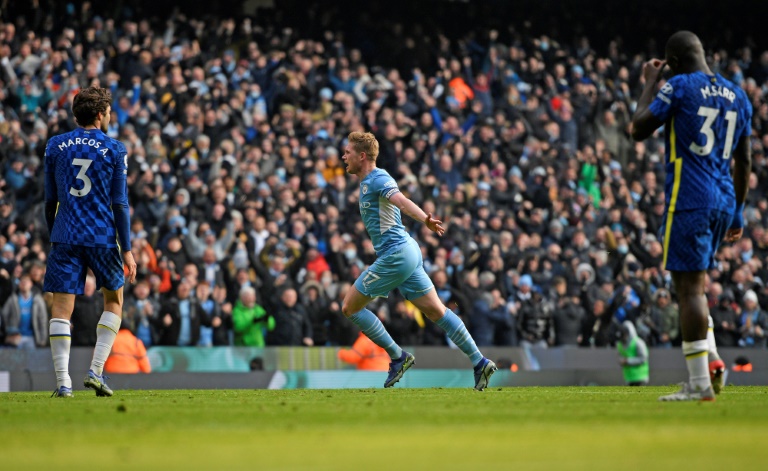 LONDON - Manchester City beat Chelsea 1-0 to tighten their grip on the Premier League title race on a weekend again affected by controversial postponements.

Arsenal's trip to Tottenham on Sunday was called off despite the Gunners reportedly missing just one player due to coronavirus, taking the total number of matches postponed over the past two months to 21.

At the bottom of the table, Norwich's win over Everton leaves the bottom four separated by just three points and proved the final straw for Rafael Benitez's unhappy time at Goodison Park as the Spaniard was sacked on Sunday. 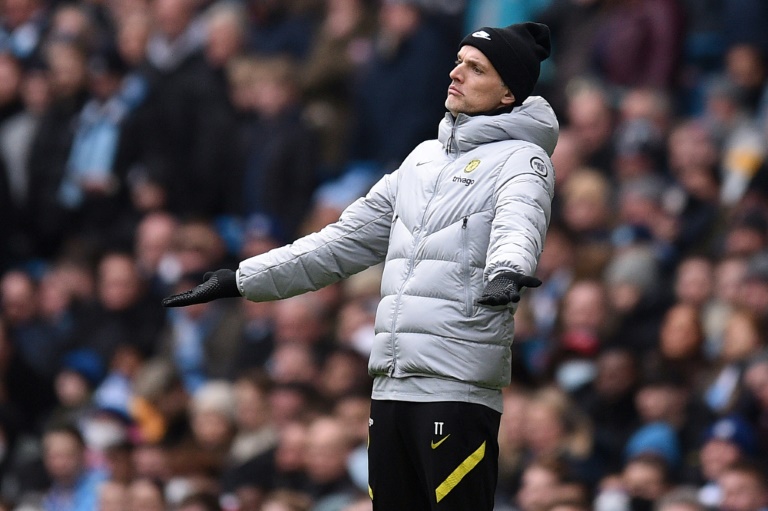 Defeat at the Etihad realistically ended Chelsea's title aspirations with the European champions now 13 points adrift of the leaders and looking over their shoulder just to make sure they end the season in the top four.

For the first time since taking charge of the Blues nearly a year ago, Thomas Tuchel needs to find solutions to a poor run of just one win in six league games that has allowed City to surge out of sight.

The German's caution was punished by one moment of brilliance by Kevin De Bruyne to win the game 20 minutes from time, but Tuchel responded angrily to suggestions a more offensive mindset would have provided his forward players with better service.

Romelu Lukaku bore the brunt of the criticism from his manager, suggesting the rift between the two after the Belgian expressed his unhappiness at Stamford Bridge to Italian media last month has not been forgotten.

Tuchel has guided Chelsea to three consecutive cup finals, but Lukaku is not the first forward to struggle in his system with Timo Werner, Kai Havertz, Christian Pulisic and Hakim Ziyech all inconsistent.

Defeat for West Ham against Leeds and Manchester United throwing away a 2-0 lead to draw 2-2 at Aston Villa meant it was a good week for both Arsenal and Tottenham's hopes of a top-four finish despite not kicking a ball.

Spurs were furious after the north London derby was called off with just over 24 hours notice due to the number of injuries in the Gunners' squad on top of missing four players at the Africa Cup of Nations.

Tottenham were the first Premier League club hit when the omicron variant of Covid-19 swept through England in December.

But by extending the merits of being able to field a team with at least 13 senior players and a goalkeeper to injuries and international duty, Premier League bosses have created a system open to abuse.

Fans and broadcasters, who make the English top-flight the richest in the world, have been inconvenienced and the sporting integrity of the competition called into question.

Burnley have five games to make up in their battle to beat the drop, while Spurs and Leicester have played four fewer games than some of those they are challenging for a place in Europe. 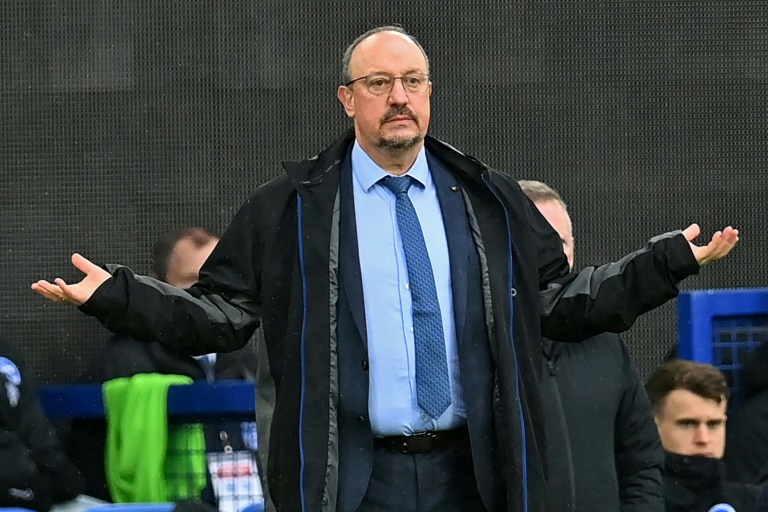 Rafael Benitez was sacked by Everton on Sunday

The Spaniard lasted just seven months into a three-year contract and becomes the sixth manager to leave the club in the past six years.

Defeat to a Norwich side that had not even scored in six league games was the final humiliation to round off a run of one win in 13 matches stretching back to September.

Only the miserable form of the Canaries, Newcastle, Burnley and Watford means Everton still enjoys a six-point cushion over the relegation zone.

There is no greater acknowledgment of the mistakes of the Moshiri reign than Belgium boss Roberto Martinez, the first coach he fired in 2016, reportedly leading the running to replace Benitez.

Wayne Rooney has also been linked with a return to Goodison on the back of the fine job he is doing defying the odds with Derby in the Championship despite a 21-point deduction.