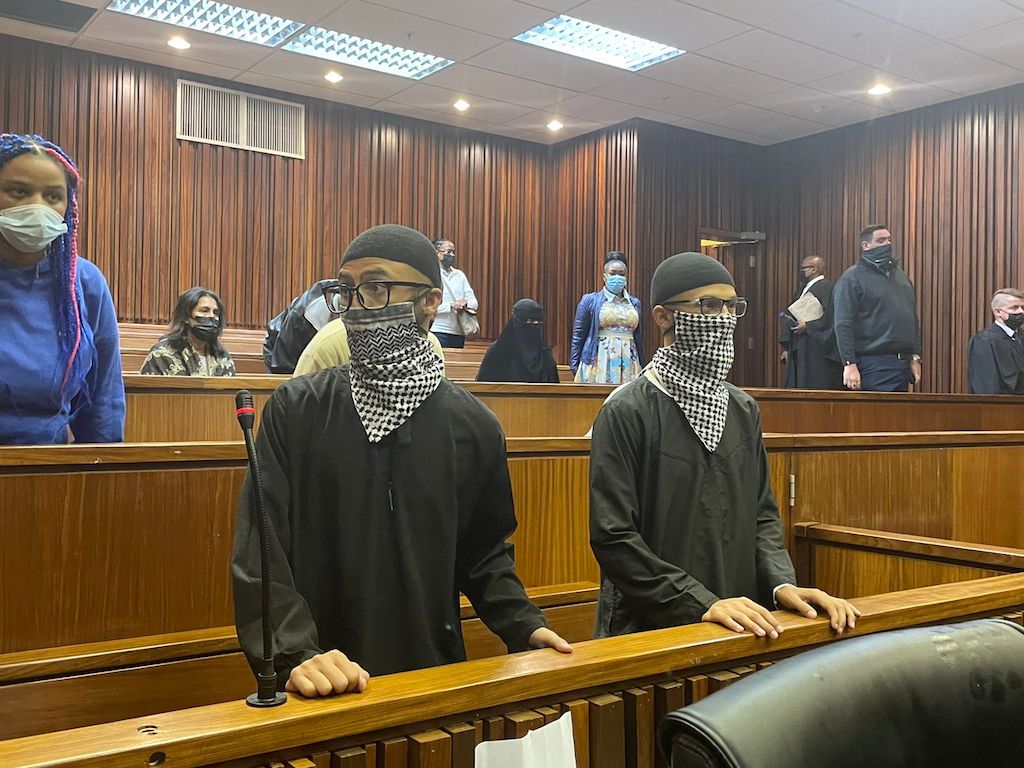 Thulsie twins back in court.

JOHANNESBURG - The High Court in Johannesburg has accepted the plea and sentencing agreement reached by the state and the terrorism accused Thulsie twins.

In terms of the agreement, Brandon Lee was handed an 8-year jail term.

His brother Tony Lee was sentenced to 11 years.

READ: Thulsie twins enter into plea deal with the state

The twins entered into a plea deal with the state on Monday.

Their terrorism trial was set to get underway on Monday, six years after they were arrested during raids in Gauteng.

Authorities alleged Brandon-Lee and Tony-Lee Thulsie were part of ISIS.

They accuse them of planning to detonate explosives at the US embassy and Jewish institutions in South Africa.

The twins’ attorney says they freely agreed to sign the plea agreement.