Tiger opens with birdie at PGA as injury fightback resumes 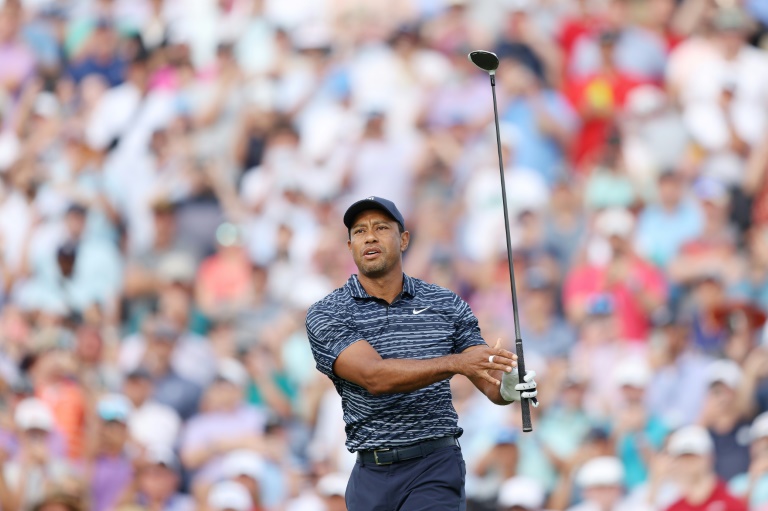 Tiger Woods watches his shot off the 10th tee with a huge crowd in the background in Thursday's opening round of the PGA Championship at Southern Hills. AFP/Richard Heathcote/Getty Images

TULSA - Tiger Woods birdied the par-4 10th hole to begin Thursday's opening round of the 104th PGA Championship as he continues his amazing comeback from severe leg injuries.

Woods, a 15-time major champion, joined Jordan Spieth and Rory McIlroy in an all-star pairing off the back nine at Southern Hills.

Former world number one Woods, now ranked 818, made his emotional return from a February 2021 car crash at April's Masters, finishing in a share of 47th as he struggled to walk 72 holes at hilly Augusta National.

After being hospitalised for weeks and unable to walk for months, Woods says he now has what it takes to win if he can handle the walk.

"I feel like I can, definitely," Woods said. "I just have to go out there and do it."

Woods received a huge cheer when he arrived at the 10th tee and blasted his first shot 339 yards into the fan-lined fairway, then asked a television camera crew to back off as they zeroed in on the start of his stroll.

Woods blasted his second shot just outside of three feet from the hole and rolled in his birdie putt. McIlroy and Spieth began with pars.

A huge crowd lined the holes where Woods and his partners played.

"Given the crowds that will be out there, the weekend might actually feel a little like a breather," Spieth said.

Woods said earlier he is stronger than when he played the Masters, but walking the course with rods and pins holding his right leg together remains difficult.

"It's better than the last time I played," Woods said. "We've been working hard. I have days where it's tough and other days where we can push through it. But we keep working at it."

Woods is chasing an 83rd career US PGA Tour title to break the all-time record he shares with Sam Snead.